Researchers caution that larger studies are needed to assess the potential for clinical use
Release Date: May 29, 2015 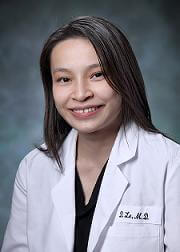