Chemical recalibration of brain cells during sleep is crucial for learning, and sleeping pills may sabotage it
Release Date: February 2, 2017 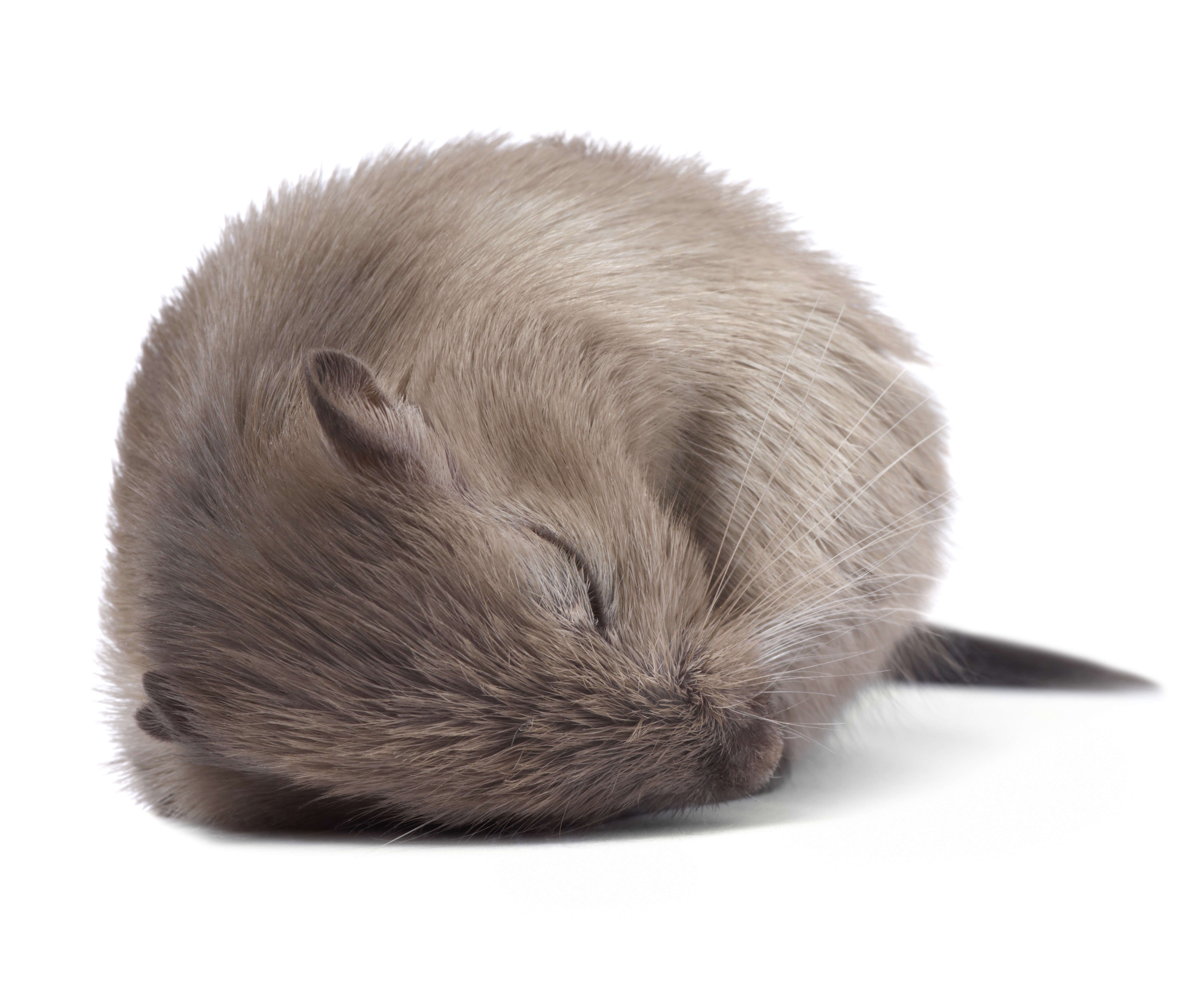 Studying mice, scientists at Johns Hopkins have fortified evidence that a key purpose of sleep is to recalibrate the brain cells responsible for learning and memory so the animals can “solidify” lessons learned and use them when they awaken — in the case of nocturnal mice, the next evening.

The researchers, all of the Johns Hopkins University School of Medicine, also report they have discovered several important molecules that govern the recalibration process, as well as evidence that sleep deprivation, sleep disorders and sleeping pills can interfere with the process.

“Our findings solidly advance the idea that the mouse and presumably the human brain can only store so much information before it needs to recalibrate,” says Graham Diering, Ph.D., the postdoctoral fellow who led the study. “Without sleep and the recalibration that goes on during sleep, memories are in danger of being lost.”

A summary of their study appears online in the journal Science on Feb. 3.

Diering explains that current scientific understanding of learning suggests that information is “contained” in synapses, the connections among neurons through which they communicate.

On the “sending side” of a synapse, signaling molecules called neurotransmitters are released by a brain cell as it “fires”; on the “receiving side,” those molecules are captured by receptor proteins, which pass the “message” along. If a cell receives enough input through its synapses, it fires off its own neurotransmitters.

More specifically, experiments in animals have shown that the  synapses on the receiving neuron can be toggled by adding or removing receptor proteins, thereby strengthening or weakening them and allowing the receiving neuron to receive more or less input from nearby signaling neurons.

Scientists believe memories are encoded through these synaptic changes. But there’s a hitch in this thinking, Diering says, because while mice and other mammals are awake, the synapses throughout its brain tend to be strengthened, not weakened, pushing the system toward its maximum load. When neurons are “maxed out” and constantly firing, they lose their capacity to convey information, stymying learning and memory.

One possible reason that neurons don’t usually max out is a process that has been well-studied in lab-grown neurons but not in living animals, asleep or awake. Known as homeostatic scaling down, it is a process that uniformly weakens synapses in a neural network by a small percentage, leaving their relative strengths intact and allowing learning and memory formation to continue.

To find out if the process does occur in sleeping mammals, Diering focused on the areas of the mouse brain responsible for learning and memory: the hippocampus and the cortex. He purified proteins from receiving synapses in sleeping and awake mice, looking for the same changes seen in lab-grown cells during scaling down.

Results showed a 20 percent drop in receptor protein levels in sleeping mice, indicating an overall weakening of their synapses, compared to mice that were awake.

“That was the first evidence of homeostatic scaling down in live animals,” says Richard Huganir, Ph.D., professor of neuroscience, director of the Department of Neuroscience and lead author of the study. “It suggests that synapses are restructured throughout the mouse brain every 12 hours or so, which is quite remarkable.”

To learn specifically which molecules were responsible for the phenomenon, the team turned to a protein called Homer1a, discovered in 1997 by Paul Worley, M.D., professor of neuroscience, who was also part of the team conducting the new study. Studies showed that Homer1a — named for the ancient Greek author and the scientific “odyssey” required to identify it — is important for the regulation of sleep and wakefulness, and for homeostatic scaling down in lab-grown neurons.

Repeating his previous analysis of synaptic proteins, Diering indeed found much higher levels of Homer1a — 250 percent more — in the synapses of sleeping mice than awake mice. And in genetically engineered mice missing Homer1a, the previous decrease of synaptic receptor proteins associated with sleep was no longer present.

To directly test whether the location of Homer1a was related to sleep, the team kept mice awake for four extra hours by placing them in an unfamiliar cage. Some then got two and a half hours of “recovery sleep.” As predicted, levels of Homer1a in the receiving synapses were much higher in the sleep-deprived mice than in those that got recovery sleep. That suggests, says Diering, that Homer1a is sensitive to an animal’s “sleep need,” not just what time of day it is.

Diering emphasizes that sleep need is controlled by adenosine, a chemical that accumulates in the brain as an animal stays awake, provoking sleepiness. (Caffeine, the world’s most widely consumed psychoactive drug, directly interferes with adenosine.) When mice were given a drug during sleep deprivation that blocks adenosine, Homer1a levels no longer increased in their synapses.

“We think that Homer1a is a traffic cop of sorts,” says Huganir. “It evaluates the levels of noradrenaline and adenosine to determine when the brain is sufficiently quiet to begin scaling down.”

As the final test of their hypothesis that scaling down during sleep is crucial for learning and memory, the researchers tested the mice’s ability to learn without scaling down. Individual mice were placed in an unfamiliar arena and given a mild electrical shock, either as they woke up or right before they went to sleep. Some mice then received a drug known to prevent scaling down.

When an undrugged mouse received a shock just before sleep, its brain went through the scaling-down process and formed an association between that arena and the shock. When placed in that same arena, those mice spent about 25 percent of their time motionless, in fear of another shock. When placed in a different unfamiliar arena, they froze sometimes, but only about 9 percent of their time there, probably because they were relatively good a telling the difference between the two unfamiliar arenas.

Expecting that drugged mice that couldn’t scale down during sleep would have weaker memories and therefore freeze less than undrugged mice, Diering was surprised that they were motionless longer (40 percent of their time) when returned to the arena where they were shocked. But the drugged mice were also motionless longer (13 percent of their time) when in a new arena. When the shock was given after the mice woke up, the drug made no difference in how long the mice froze in either arena, confirming that scaling down only occurs during sleep.

“We think that the memory of the shock was stronger in the drugged mice because their synapses couldn’t undergo scaling down, but all kinds of other memories also remained strong, so the mice were confused and couldn’t easily distinguish the two arenas,” says Diering. “This demonstrates why ‘sleeping on it’ can actually clarify your ideas.”

“The bottom line,” he says, “is that sleep is not really downtime for the brain. It has important work to do then, and we in the developed world are shortchanging ourselves by skimping on it.”

Huganir says that sleep is still a big mystery. “In this study, we only examined what goes on in two areas of the brain during sleep. There are probably equally important processes happening in other areas, and throughout the body, for that matter,” he adds.

Among the events that require further exploration is how learning and memory are affected by sleep disorders and other diseases known to disrupt sleep in humans, like Alzheimer’s disease and autism. Huganir also says that benzodiazapines and other drugs that are commonly prescribed as sedatives, such as muscle relaxants and other sleep aids, are known to prevent homeostatic scaling down and are likely to interfere with learning and memory, though that idea has yet to be tested experimentally.

Other authors of the report include Raja Nirujogi, Richard Roth and Akhilesh Pandey of the Johns Hopkins University School of Medicine.