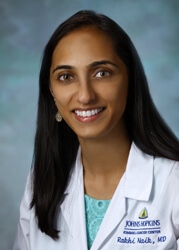 Sickle cell trait (SCT), an inherited condition marked by having a single copy of the sickle cell gene but not the two copies needed to cause sickle cell disease (SCD), may raise the risk of chronic kidney disease, according to results of a large study led by researchers from Johns Hopkins, the University of North Carolina at Chapel Hill, the University of Mississippi Medical Center, the Fred Hutchinson Cancer Research Center and the University of Washington School of Public Health.

The finding may help explain some of the disparity in rates of chronic kidney disease between African-Americans — who account for the vast majority of those with SCD and SCT — and whites, the researchers say. And it may eventually lead to new ways to prevent this kidney disorder in susceptible populations.

About 8 to 10 percent of African-Americans have SCT, meaning they have inherited one copy of the sickle cell gene from either parent; other racial and ethnic groups carry this gene mutation, but to far lesser extents. SCD, which requires two copies of the gene — one from each parent — causes red blood cells to “sickle” or bend, creating anemia and often extremely painful sickling “crises,” when the misshapen blood cells become lodged in small blood vessels.

The mutated gene is thought to have developed in parts of the world where malaria is endemic, as it offers some protection against that disease. According to Rakhi P. Naik, M.D., assistant professor of medicine in the Division of Adult Hematology in the Johns Hopkins University School of Medicine and one of the study’s leaders, researchers have begun to recognize a host of problems that may accompany even a single copy of the gene, or SCT, ranging from increased risk of blood clots to sudden death.

Because researchers had previously linked blood in the urine and kidney vessel damage to SCT, Naik, along with Alexander P. Reiner, M.D., an epidemiologist at Fred Hutchinson Cancer Center and professor in the Department of Epidemiology at the University of Washington School of Public Health, and their colleagues investigated whether SCT might also play a role in chronic kidney disease.

Mining this wealth of data, the researchers carved out information on 15,975 self-identified African-American participants, 1,248 with SCT and the rest noncarriers of the sickle gene. They looked specifically at how many members of each group had developed chronic kidney disease or other markers of impaired kidney function, including poor ability to filter blood through the kidneys and the presence of protein in urine.

Their results, published in the Nov. 13 JAMA, showed that the incidence of chronic kidney disease was significantly higher in those with SCT than in noncarriers: about 20.7 percent in those with the trait, versus 13.7 percent of those without it. The SCT carriers — who can pass the gene on to offspring — were also more likely to have impaired ability to filter blood through the kidneys and to have protein in their urine.

The researchers hypothesize that although blood cells are less likely to sickle — or warp into a sickle shape — as severely or frequently in individuals with SCT as they do in patients with SCD, they can still experience infrequent and localized sickling that might affect certain organs more than others, clogging blood vessels and restricting oxygen to these areas. This mild sickling may be enough to eventually damage the kidneys, they say, leading to chronic kidney disease and other kidney problems.

“These findings may have implications for more closely monitoring kidney function in SCT carriers. The findings also highlight the importance of large, population-based studies to define the health consequences of SCT,” Reiner says.