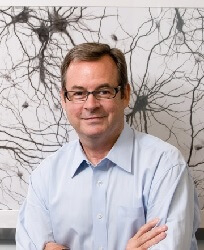 Richard Huganir, Ph.D., has been appointed the next president of the Society for Neuroscience, a 38,000-member professional society for researchers who focus on the brain and nervous system. His term will run from 2017 to 2018.

Huganir directs the Solomon H. Snyder Department of Neuroscience at the Johns Hopkins University School of Medicine and the Kavli Neuroscience Discovery Institute.

“Rick is a highly respected leader nationally and internationally, and his work has had great impact. I have no doubt he’ll contribute even more in this new role,” says Landon King, M.D., the executive vice dean and a professor of medicine at the school of medicine.

Founded in 1969, the Society for Neuroscience is the world’s largest organization of scientists and physicians whose primary focus is the study of neuroscience. The nonprofit organization has members in over 90 countries.

Huganir’s research at Johns Hopkins focuses on the molecular mechanisms that modulate communication between neurons in the brain. Members of his laboratory study the mechanisms that regulate synaptic transmission and synaptic plasticity.

Before joining Johns Hopkins faculty in 1988, Huganir served as an assistant professor of molecular and cellular neurobiology at the Rockefeller University. He earned his undergraduate degree in biochemistry from Vassar College and his Ph.D. in biochemistry, molecular and cell biology from Cornell University. At Yale University School of Medicine, Huganir was a postdoctoral fellow with Paul Greengard, a Nobel laureate.

His honors and distinctions include the Society for Neuroscience’s Young Investigator Award (1991) and Julius Axelrod Award  (2007), the NARSAD Distinguished Investigator Award (1999), the Santiago Grisolia Award (2004) and the Goldman-Rakic Prize for Outstanding Achievement in Cognitive Neuroscience (2014). He is a fellow of the American Association for the Advancement of Science, as well as a member of the American Academy of Arts and Sciences, the National Institute of Medicine, the National Academy of Sciences. Huganir has authored and published over 300 papers in peer-reviewed journals.