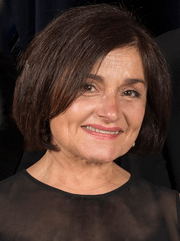 Immunity is a thankless job. Though the army of cells known as the immune system continuously keeps us safe from a barrage of viruses, bacteria and even precancerous cells, we mainly notice it when something goes wrong: “Why did I get the flu this year even though I got vaccinated?” “Why does innocent pollen turn me into a red-eyed, sniffling mess?”

A new study from Johns Hopkins takes a big step toward answering this and other questions about immunity, shedding light on how the body recognizes enemies on the molecular level — and how that process can go wrong. The results appear Nov. 21, in the online journal Nature Communications.

In the laboratory of Scheherazade Sadegh-Nasseri, Ph.D., a professor of immunology and pathology at the Johns Hopkins University School of Medicine, research centers on how the immune system “selects” bits of protein to become so-called dominant epitopes. It’s these red flags that white blood cells will be programmed to fight. Sadegh-Nasseri’s research team spent years devising a mixture of proteins and chemicals that replicates the complex cellular processing that yields the dominant epitopes.

“We wanted to know how one particular epitope becomes the dominant one that white blood cells look for when they’re battling a given foe,” Sadegh-Nasseri says.

Postdoctoral fellow AeRyon Kim, Ph.D., explains that the epitope-generating system enabled her and others on Sadegh-Nasseri’s team to discriminate differences in the selection processes for proteins from pathogenic microbes versus human proteins: “We found that epitopes from human proteins that are associated with autoimmune diseases, like diabetes and rheumatoid arthritis, are generated through a different process than are proteins from pathogens.” The pathogen-derived epitopes bind to protein receptors that protect them from the specialized processing enzymes that chop them up, the research group found. However, autoimmune-causing epitopes are resistant to destruction by those enzymes even without protection by their receptor proteins. Ultimately, Kim says, “When a critical mass of one epitope accumulates, it becomes dominant.” The dominant epitope is then “presented” to newly minted T cells, which trains them to either destroy the foe or attack the body’s own cells, ultimately causing inflammation.

“Knowing how these dominant epitopes arise — and having a system that lets us predict which will be dominant — is a big step toward understanding the roots of autoimmune diseases,” says Sadegh-Nasseri. “It could also help in training the immune system — for example, in vaccine development.”