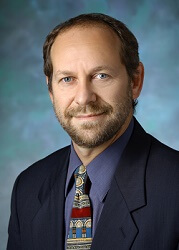 Pablo Celnik, M.D. has been appointed director of the Department of Physical Medicine and Rehabilitation at Johns Hopkins. He had served in the position in an interim capacity for the past 18 months. Celnik will also serve as physiatrist-in-chief for The Johns Hopkins Hospital and the Lawrence Cardinal Shehan Professor of Physical Medicine and Rehabilitation.

As interim director, Celnik demonstrated exceptional leadership of the department while continuing his responsibilities as medical director for its Outpatient NeuroRehabilitation Program, director of its Human Brain Physiology Laboratory and its vice chair for research.

A native of Argentina, Celnik earned his medical degree from the University of Buenos Aires School of Medicine. He began his postdoctoral studies in Buenos Aires and continued them in the United States, with fellowships at the University of Maryland School of Medicine and the National Institute of Neurological Disorders and Stroke at the National Institutes of Health. He completed his residency in physical medicine and rehabilitation in 2003 at the Johns Hopkins University School of Medicine, where he served as chief resident. Celnik joined the faculty that year as an assistant professor, became associate professor of physical medicine and rehabilitation in 2009 and was named a full professor last year.

His research interests have focused on understanding the mechanisms underlying motor learning and motor recovery after brain injury, and on developing interventions and strategies to enhance motor recovery after stroke. Celnik has published more than 70 manuscripts in highly regarded journals and has been recognized for this work in a number of ways, including the 2010 Presidential Early Career Award for Scientists and Engineers.