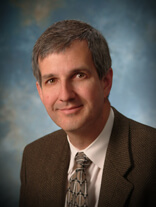 A new survey shows that about one in four physicians uses social media daily or multiple times a day to scan or explore medical information, and 14 percent use social media each day to contribute new information, according to an oncologist at the Johns Hopkins Kimmel Cancer Center.

The survey of 485 oncologists and primary care physicians, also found that on a weekly basis or more, 61 percent of physicians scan for information and 46 percent contribute new information. More than half said they use online physician-only communities but only 7 percent said they use Twitter. The work was published recently in the Journal of Medical Internet Research.

Since the survey was conducted a year and a half ago, it’s likely that more physicians are using social media now, says Robert S. Miller, M.D., an assistant professor of oncology and oncology medical information officer at the Johns Hopkins Kimmel Cancer Center. The amount of information required for medical practice is growing exponentially, he says, and social media provides “a very valid construct for physicians to keep current.”

“What did surprise us was the heavy use of online physician-only communities,” Miller says. “It’s possible that many physicians feel more comfortable with that type of social media instead of a more public space like Twitter or Facebook.”

In March 2011, Miller and colleagues e-mailed the survey, about attitudes and usage of social media, to a random sample of 1,695 practicing oncologists and primary care physicians found among the American Medical Association’s Physician Masterfile.  Social media was defined as “Internet-based applications that allow for the creation and exchange of user-generated content, including social networking, professional online communities, wikis, blogs and microblogging.”

More studies are needed to determine how social media impacts physicians’ knowledge, attitudes, skills and behaviors, and its usage among other populations of health care professionals, Miller says.

The study originated from a common interest in social media among Miller and his co-investigators Brian S. McGowan, Ph.D., Molly Wasko, Ph.D., and Bryan Steven Vartabedian, M.D. Funding for the study was provided by an unrestricted educational grant from Pfizer through McGowan, the lead investigator, who previously was Pfizer’s Director of Oncology Medical Education and is now a medical education consultant and blogger. The research was conducted independently from the funding organization.