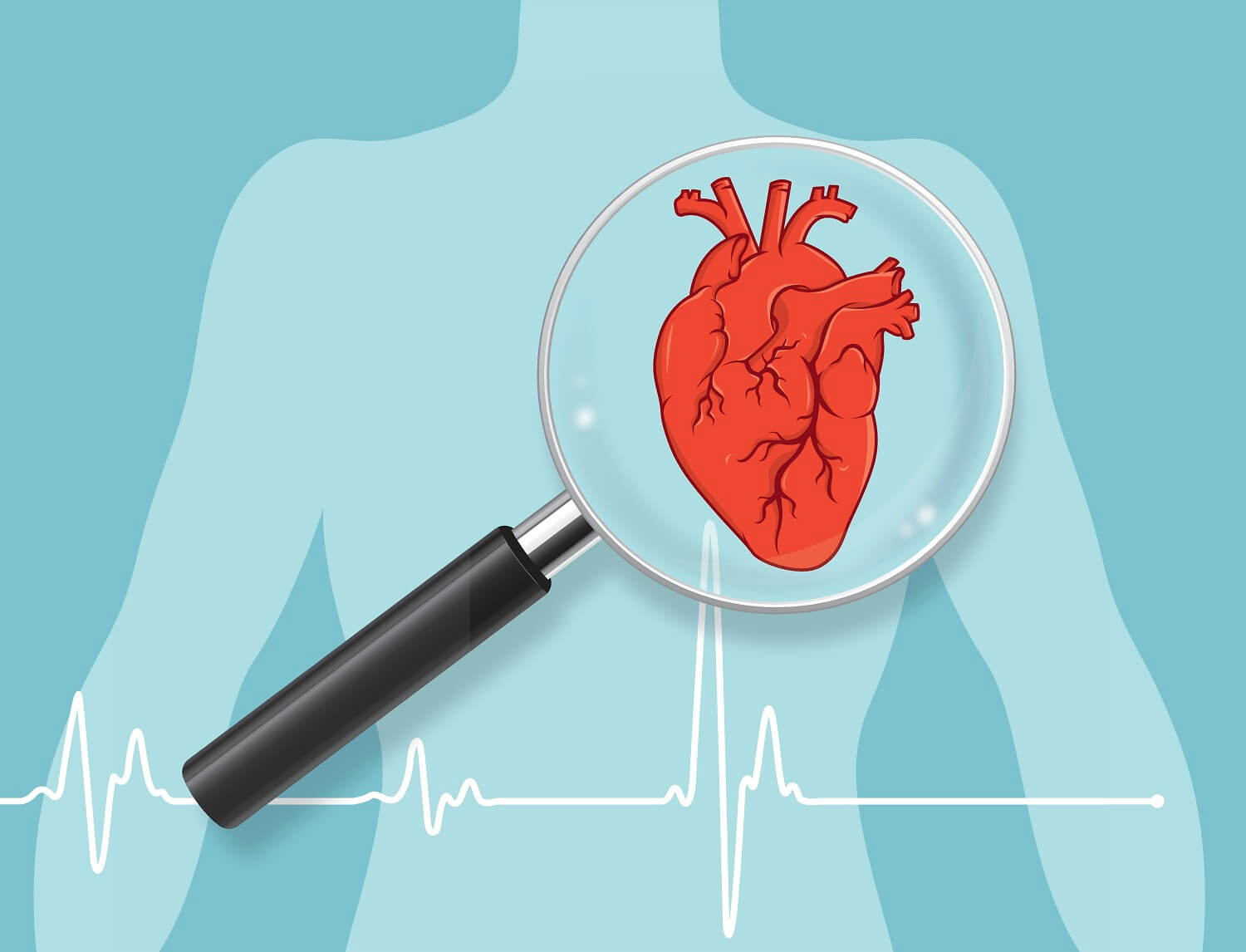 Mechanism of Afib in Diabetic Mice

Diabetes is a risk factor for the irregular heartbeat condition known as atrial fibrillation, yet the link between the two isn’t well understood. It’s known that there are higher levels of unstable, reactive oxygen (which can damage cells and DNA) and more of the sugar groups O-GlcNac attached to proteins in the heart muscle cells of people with diabetes.

In this study, Olurotimi Mesubi and colleagues used a diabetic mouse model. They found that when the protein called calmodulin kinase II (CaMKII) had a reactive oxygen attached to it then atrial fibrillation increased in these mice. When diabetic mice were engineered so that CaMKII couldn’t be switched on by reactive oxygen, these mice were protected from atrial fibrillation.

The CaMKII protein turns on a ryanodine receptor that causes it to leak calcium in heart cells. These calcium ions change the voltage in the heart cell that sends an electrical pulse essentially causing a heartbeat to originate. The researchers engineered mice in which a ryanodine receptor couldn’t get switched on by CaMKII and made these mice diabetic. These diabetic mice with the modified receptors no longer had increased atrial fibrillation.

The researchers say their findings suggest that targeting the action of reactive oxygen on CaMKII, reducing production of the sugar groups or preventing its attachment to proteins in heart muscle cells may be a way to interfere with atrial fibrillation in people with diabetes.

People with arrhythmogenic cardiomyopathy (ACM), such as those with the genetic condition known as ARVD/C (arrhythmogenic right ventricular dysplasia/cardiomyopathy), are at high risk of sudden cardiac death during exercise. An obvious correlation stands out ¾ exercise increases their heart rate and thus increases the risk of unsyncing the normal heart rhythm.

Studies showed that apart from unsyncing the heart, strenuous mechanical stress (such as exercise) worsens disease progression. Yet, little is known why increased mechanical stress/stretch in the ACM heart is so damaging.

In this latest study, Stephen Chelko and his team took a mouse model with ACM symptoms along with healthy mice and put them on a 10-week swimming exercise regime. Notably, only 60 percent of the ACM mice survived, compared to 92 percent of the healthy mice.

During exercise, the energy-producing factories in the cell—mitochondria—build up unstable, reactive oxygen that can damage heart cells. Normally the cells’ natural antioxidants neutralize the deleterious reactive oxygen, thereby protecting the heart against damage.

Chelko and colleagues showed that exercised, ACM mice had much higher levels of mitochondrial reactive oxygen than the healthy exercised mice. These mice also had lower levels of three antioxidant proteins (thioredoxin-2, perioxiredoxin-3 and thioredoxin reductase-2) than healthy mice.

When reactive oxygen comes in contact with the mitochondrial protein called, Apoptosis-Inducing Factor (AIF), this protein leaves the mitochondria and travels to the cell's nucleus (mission control center) in order to initiate cell suicide. In exercised-ACM mice, there was far more of this suicide protein in the nucleus of exercised-ACM heart cells than in healthy mice hearts.

Also, adding hydrogen peroxide (a reactive oxygen equivalent) or blocking key antioxidants from working in ACM heart cells caused this suicide protein (AIF) to leave the mitochondria and go to the nucleus to initiate cell death.

The researchers suggest that targeting this cell suicide response or the build-up of reactive oxygen may be a new way to prevent people with ACM or even ARVC from further exercise-induced heart damage.

Who Benefits from The Anti-Inflammatory Drug Canakinumab?

Erin Michos will present her perspective on a secondary analysis of the CANTOS trial, which tested the new anti-inflammatory drug canakinumab.

The original trial and the secondary analysis, led by Paul Ridker, M.D., of Harvard University, showed the drug reduced heart attacks and strokes by 15 percent and lethal cancer by 30 percent. Yet the infection rate increased in these participants, negating the potential benefit. The secondary analysis identified the population of people most likely to benefit from the drug.

Those people whose hs-CRP levels dropped below 2 milligrams per liter after three months showed the greatest benefit, with a 25 percent reduction in adverse cardiovascular events such as heart attack or stroke. This hs-CRP-responder population would be the most likely contenders to continue receiving the drug—it will be an expensive one. Michos says drugs with similar benefits and a cheaper price tag may be on the horizon though.