New Type of Antidepressant Found to Act Quickly in Mice 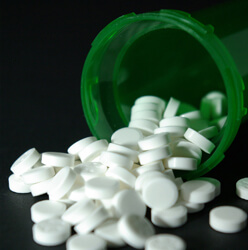 The compound CGP3466B, already proven nontoxic for people, may effectively and rapidly treat depression, according to results of a study in mice.

The Johns Hopkins Medicine neuroscientists who conducted the research say that the compound — previously shown to block cocaine craving in the brains of rodents — delivers antidepressant effects to mice within hours instead of weeks or months, like currently available antidepressants. The results of the study will be summarized Jan. 12 online in the journal Molecular Psychiatry.

“One of the promising things about CGP3466B is that it targets a new network of proteins,” says Solomon Snyder, M.D., professor of neuroscience at the Johns Hopkins University School of Medicine. “That means it may work in patients who are unresponsive to other types of drugs and it lays the foundation for the development of a new class of fast-acting antidepressants that target the same network.”

The team’s discovery came out of investigations into the workings of a different drug, ketamine, long used primarily at high doses to induce anesthesia during surgery but known, at lower doses, to be a fast-acting antidepressant. Unfortunately, Snyder says, ketamine is addictive and can produce schizophrenialike symptoms, making it unsuitable for prolonged use, but his team hoped it could shed light on how to make a better fast-acting antidepressant.

Maged Harraz, Ph.D., a research associate and the first author of the newly published research paper, says the researchers already knew that ketamine interacts with excitatory NMDA receptors on nerve cells in the brain to block their activity.

Using biochemical tests on mouse nerve cells, Harraz and the team worked out the steps of the molecular chain reaction responsible for ketamine’s NMDA-blocking antidepressant effects. They found the drug stimulates the creation of proteins that help build certain connections between nerve cells.

Specifically, they found the proteins GAPDH and Rheb in the middle of the chain reaction. Previous work from Snyder’s group had shown that the compound CGP3466B prevents the addition of nitric oxide to GAPDH; this turned out to also block GAPDH from interacting with Rheb and continuing the chain reaction’s signaling.

“CGP3466B works on the same network of proteins as ketamine, but since it works later in the chain reaction, it has fewer side effects,” says Harraz.

To see if CGP3466B, like ketamine, has antidepressant effects in mammals, the researchers used two standard behavioral tests on mice. The first tested how quickly mice give up trying to escape from a pool of water. Compared to normal mice given no treatment, mice given CGP3466B spent an average of an extra half a minute working the problem. In the second test, treated mice were twice as fast to brave an unsheltered new environment to get a piece of food. Both behaviors in mice are considered surrogates for nondepressed behavior.

“In the second test, the drug worked in only half an hour,” Harraz says. “Other antidepressants tested in mice, like fluoxetine, can take three weeks to show similar results on the same test.”

The team is optimistic about CGP3466B because it has already been shown to be nontoxic and nonaddictive in phase I clinical trials that explored its use for Lou Gehrig’s and Parkinson’s diseases — though it did not prove effective in treating those conditions.

But the researchers caution that it will take several more years to get the compound into phase II clinical trials to test its potential as an effective and safe antidepressant for people.

Other authors of the report include Richa Tyagi and Pedro Cortes of the Johns Hopkins University School of Medicine.

This work was supported by a U.S. Public Health Service Grant (DA00266).

The photo that accompanies this story is available for download here.