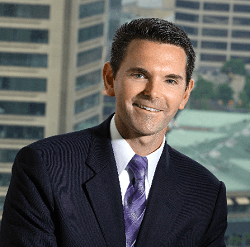 Conflicting scores from respected national rating systems may confuse rather than guide consumers’ choices about where to seek quality care, say experts from the Johns Hopkins Armstrong Institute for Patient Safety and Quality.

The paper, published this week in the March issue of Health Affairs, states that differences across rating systems make it difficult for patients to understand the true quality of a hospital and provide little guidance to hospitals on where they should focus their resources and improvement efforts.

Hospital rating systems have long been an important tool used by consumers to help guide their health care decisions. The growing number of systems use a wide range of rating methodologies.

Led by J. Matthew Austin, an assistant professor at the Armstrong Institute, the study analyzed four national rating systems to determine the overlap between high- and low-performing hospitals across the systems. The researchers found that the four rating systems didn’t agree on the best or worst hospitals.

“Our team wanted to better understand how many hospitals were ranked as a high performer by one system but as a low performer by another,” says Austin. “The lack of agreement across the four rating systems is a concern for consumers, mainly because the different ratings could provide a conflicting message on where to seek care.”

The confusion stems from each rating system using its own methods, having a different focus to its ratings and stressing different measures of performance. Some rating systems evaluate hospitals based on their adherence to best safety practices as designated by accreditation boards and government entities, such as the Joint Commission and the Centers for Disease Control and Prevention. Others, however, derive their scores from reputation surveys, patients’ reported experience of care in the hospital or some combination of all three measures.

“Each of the four rating systems measured a different construct, used its own rating methodology and weighted each measure differently,” says Austin. “The differences in the measures used and the weights assigned to each measure are likely causes of the discrepancies among hospital ratings.”

To alleviate potential consumer confusion surrounding the ratings, the authors recommend the rating systems agree to transparently report key features of their ratings and make their methodologies fully transparent to the public and those being rated.

Being able to replicate ratings can help hospitals understand where to focus their improvement efforts, and consumers can better grasp the meaning of ‘best’ or ‘safest’ to make more informed decisions about their medical care,” says Austin.