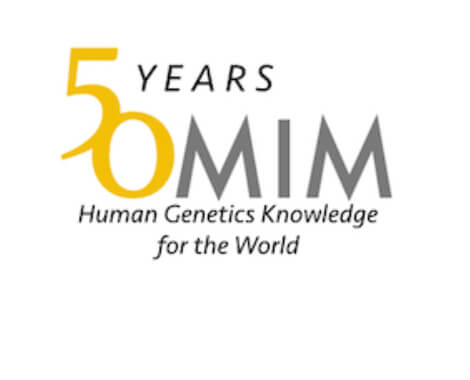 What:
From Disease to Gene: Making the Connections -- A Symposium to Celebrate OMIM’s 50th Anniversary

David Lee Valle, M.D. — “60 Years of Genetics at Johns Hopkins”
Director of the McKusick-Nathans Institute of Genetic Medicine
Professor of Pediatrics and Ophthalmology at the Johns Hopkins School of Medicine

Clair A. Francomano, M.D. — “Victor McKusick and the History of OMIM”
Director of the Ehlers-Danlos National Foundation Center for Clinical Care and Research at the Harvey Institute of Human Genetics, Greater Baltimore Medical Center

Steven Holland, M.D. — “Immunodeficiency, Immunopathology and Immunotherapy: the ‘I’s Have It”
Director of the Division of Intramural Research at the National Institute of Allergy and Infectious Diseases

Harry (Hal) Dietz III, M.D. — “TGFBeta in Vascular Disease: A Matter of Aneurysmic Proportion”
Victor A. McKusick Professor of Genetics at the McKusick-Nathans Institute of Genetic Medicine
Professor of Pediatrics, Associate Professor of Medicine and Assistant Professor of Neurological Surgery at the Johns Hopkins University School of Medicine
Director of the William S. Smilow Center for Marfan Syndrome Research

Kym Boycott, M.D. — “Cooperation on a Global Scale to Solve the Remaining Mendelian Diseases”
Medical Geneticist at the Children’s Hospital of Eastern Ontario (CHEO) and Clinician Scientist at the CHEO Research Institute

Johns Hopkins’ Online Mendelian Inheritance in Man (OMIM) is celebrating its 50th anniversary on May 4, 2017.

OMIM is a comprehensive database of human genes and genetic disorders authored and updated daily by the McKusick-Nathans Institute of Genetic Medicine at Johns Hopkins Medicine. In the early 1960s, Dr. Victor A. McKusick pioneered this catalog entitled Mendelian Inheritance in Man (MIM) allowing physicians and medical professionals around the world to diagnose genetic conditions before genetic testing became readily available. OMIM, the online version, was launched in 1985 and became readily available on the internet in 1987. Fifty years later, OMIM is still a fundamental source of information in the scientific community.

To celebrate this milestone, OMIM will be hosting a symposium with distinguished speakers followed by a reception.