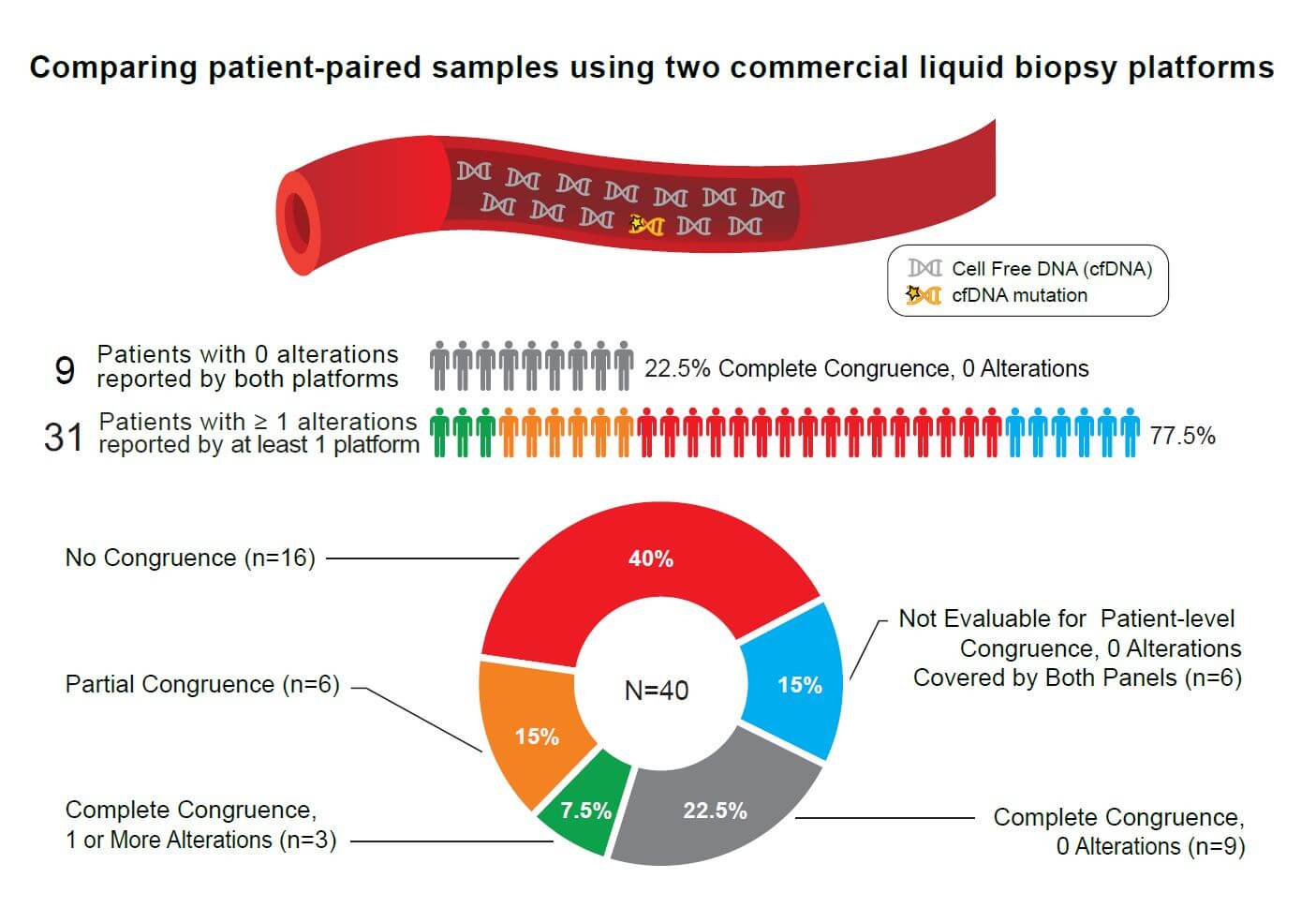 Two Johns Hopkins prostate cancer researchers found significant disparities when they submitted identical patient samples to two different commercial liquid biopsy providers. Liquid biopsy is a new and noninvasive alternative to tumor tissue sequencing, and it is intended to specifically detect and sequence tumor DNA circulating in patients’ blood. The results are used to help guide doctors to tailor the best treatment for patients at each point of their disease.

Gonzalo Torga, M.D., a postdoctoral research fellow at the Brady Urological Institute at Johns Hopkins and Kenneth Pienta, M.D., director of research for the Brady Institute and a prostate cancer researcher at the Johns Hopkins Kimmel Cancer Center, reported their findings in the Dec. 14 issue of JAMA Oncology. The results, they say, raise the possibility that cancer patients could be prescribed different treatments depending on which commercial provider is used for liquid biopsy.

The two liquid biopsy panels compared were the Guardant360, from Guardant Health, Inc., which sequenced at least part of the coding sequences of 73 genes, and the PlasmaSELECT panel from Personal Genome Diagnostics, which sequenced coding segments of 64 genes.

The two companies differ in which genes, and regions within each gene, are covered. Just 25 of the 40 patients in the study had at least one genetic mutation reported within the overlapping genetic sequences covered by both companies.

Even when the companies were analyzing DNA from the same blood drawn, their results rarely matched each other. When comparing results within the overlapping genetic sequences, the results from both companies completely matched for all the mutations reported in only 7.5 percent (3 of 40 patients) of cases. In 15 percent of the patients (6 of 40), both companies’ results matched for at least one of the reported mutations. In 40 percent (16 of 40) of the patients, no mutations reported that were potentially covered by both panels were detected by both companies.

Torga and Pienta’s research was aimed at finding the best commercial lab to test patient samples from their metastatic prostate cancer clinic. “We wanted to make the best choice for our patients, so we started submitting the samples to both places at the same time to compare results,” Torga says.

Patients may respond differently to cancer drugs depending on what kinds of gene mutations they have in their tumors. Oncologists use the results of a liquid biopsy to see if a patient is responding to treatment and to monitor tumors to see if they are progressing and may require a new or extra therapy. They may also use the results to select patients for clinical trials, if a specific mutation is found in their tumor’s DNA.

A small study published earlier this year in JAMA Oncology compared mutations identified in tumor tissue samples and in liquid biopsy results from the same patients and found a similar lack of congruence.

Each commercial test costs about $4,000, Torga notes, and patients usually only have their samples sent to one lab for testing. “Liquid biopsy is a promising technology, with an exceptional potential to impact our ability to treat patients, but it is a new technology that may need more time and experience to improve,” says Torga. “We can’t tell from these studies which laboratory’s panel is better, but we can say that certification for these laboratories must improve.”

Torga and Pienta say they want to make sure oncologists are aware of the inconsistencies so that they do not blindly trust liquid biopsy results.

The PlasmaSELECT test used in the study described in this publicationis owned by Personal Genome Diagnostics (PGDx). The Johns Hopkins University has licensed technologies to PGDx and, as a result, has a financial interest in the company. This arrangement has been reviewed and approved by the Johns Hopkins University in accordance with its conflict of interest policies.