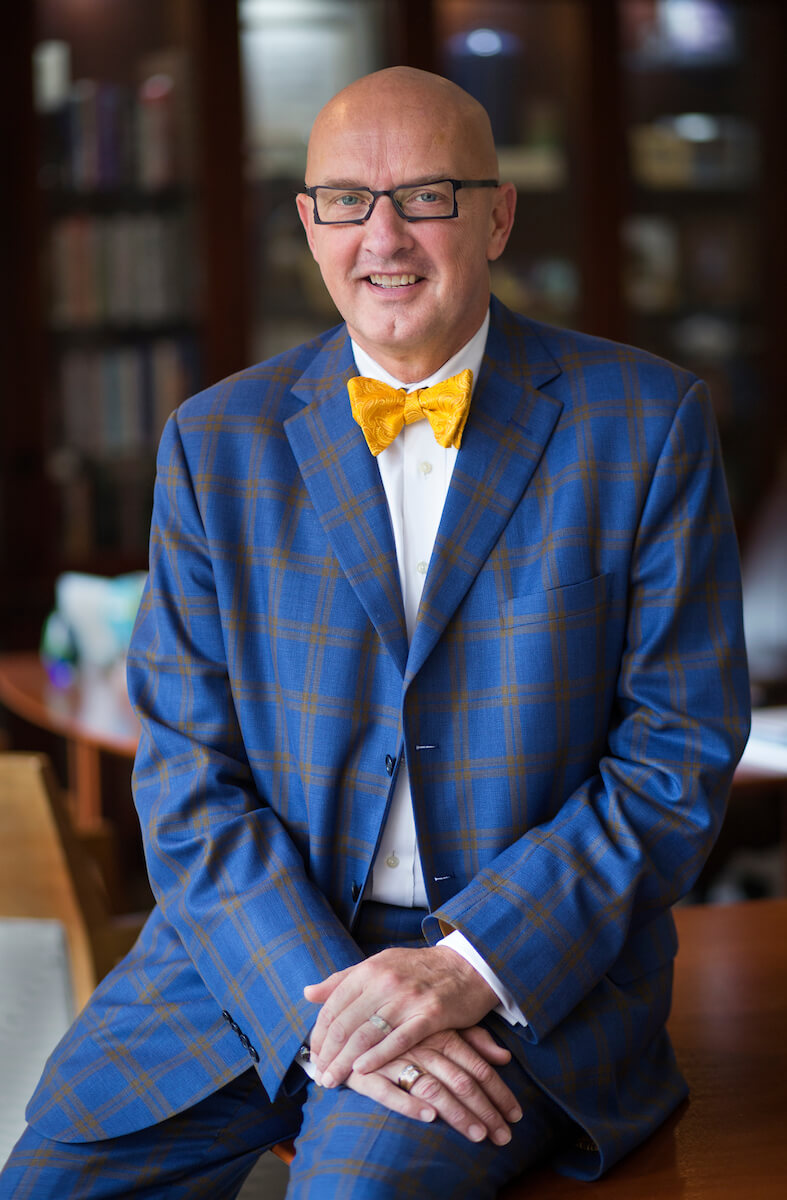 Kevin W. Sowers, M.S.N., R.N., F.A.A.N., a distinguished clinician, educator and academic health care leader has been appointed president of the Johns Hopkins Health System and executive vice president of Johns Hopkins Medicine, an $8 billion academic medical center and health system. He is the second person to hold this role.

The boards of trustees for Johns Hopkins Health System, Johns Hopkins University and Johns Hopkins Medicine approved his appointment on Friday, December 8. Sowers will assume his new role on February 1, 2018.

Paul B. Rothman, M.D., dean of the medical faculty and CEO of Johns Hopkins Medicine, announced the appointment to faculty and staff today through an email and by live-streaming a news conference.

“Kevin is a visionary leader with a deep understanding of the role and responsibilities of academic and community health centers, as well as the challenges we face,” says Rothman. “With his experience leading a prestigious academic health center, his ability to forge strong collaborative relationships, and his demonstrated knack for thriving in complex environments, Kevin will be instrumental in advancing our mission and reinforcing our commitment to the communities we serve.”

At the news conference on Monday, Rothman was joined by Johns Hopkins University President Ronald J. Daniels, who offered his enthusiastic endorsement for the appointment. “Navigating an ever-changing health care landscape and caring for patients and communities in the 21st century demands a rare combination of strategic planning and the ability to expect — and respond to — the unexpected,” Daniels says. “Kevin has proven himself to be that rare leader, as he is someone who can see the future, then put in place the programs, practices and partnerships necessary to get there.”

At Monday’s news conference, Sowers spoke of the impressive teamwork he experienced there. “One of the things that brings me to Johns Hopkins is that same kind of teamwork, the kind that saves lives and changes the world,” Sowers says. “I wanted to come to another world-class organization to work with some of the brightest minds and biggest hearts. I am here today because that same spirit is so palpable at Johns Hopkins Medicine.”

Sowers also acknowledged predecessor Ron Peterson’s “unparalleled and extraordinary” impact on the health system and the Baltimore community. Peterson joined the news conference to offer his endorsement of his successor for these two roles. “Based on Kevin’s track record of success in positions of increasing responsibility in health care administration, I am comforted to know my successor understands the role of the health care executive in a world-class, academically focused health care system,” Peterson says. “The combination of Kevin’s clinical background, business acumen and sensitivity to the human condition within the context of an academic medical system bodes well for the future of Johns Hopkins Health System and Johns Hopkins Medicine.”

In January of 2016, Peterson announced he would retire from the third of his three leadership roles, president of The Johns Hopkins Hospital. In July of 2016, Redonda Miller, M.D., M.B.A., became the 11th person and first woman to hold that title.

At Duke, Sowers holds several faculty positions, including adjunct professor at the UNC Gillings School of Global Public Health and Duke University Fuqua School of Business, and clinical associate at Duke University’s Graduate School of Nursing. He served as a consultant to the Sun Yat-sen Cancer Center in Taiwan, establishing a much-needed department of oncology nursing and educating nurses on oncology care.

“I had the great fortune to witness the beauty, complexities and challenges of health care delivery,” Sowers said. “Whatever my position was at any moment, I consistently saw in my colleagues dedication and compassion, and a commitment to better the lives of others through advancing science and caring for the human spirit.”

Sowers began his career with Duke University Medical Center Hospital in 1985 as a staff nurse in oncology. For the next nine years, he held several nursing leadership positions, including nurse educator, director of medical oncology and nurse internships, and director of cancer care consortium/unit manager for hematology/oncology/GYN oncology.

Active in many professional and community organizations, Sowers serves as chair of the AmSurg Board and is a member of the Vizient Board of Directors, North Carolina Hospital Association Board of Trustees, the North Carolina Institute of Medicine Board of Directors and the Council of Teaching Hospitals Administrative Board. He is an American Academy of Nursing Fellow and has collaborated on numerous research efforts as well as consulted internationally. He has also served in leadership roles with the American Heart Association, Susan G. Komen and the Oncology Nursing Society.

Sowers, 56, will be joined by his partner, Anthony Evans. “Anthony and I are now happy to call Baltimore and Johns Hopkins Medicine home,” Sowers says. They have not yet decided where they will be living.