Kelly Ripken Named a Chair of A Woman's Journey 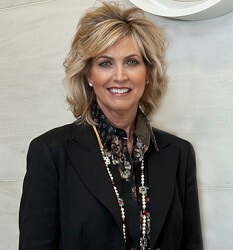 Kelly Geer Ripken has been named a chair of A Woman’s Journey, Johns Hopkins Medicine’s annual health conference for women, which features seminars on diverse topics given by Johns Hopkins physicians and scientists and brings attendees up to date on the latest health findings and medical discoveries.

The award-winning and hugely popular daylong program has grown from a single event in Baltimore to events in five Florida cities, the Greater Washington area and Bermuda.

Ripken will chair the Baltimore program with Harriet Legum, who co-founded it in 1995 with Mollye Block, who stepped down as chair after the 2015 event.

Ripken has spent the past three decades participating in nationally recognized public service and charitable activities. She has served as a speaker for charities, schools and businesses throughout the Baltimore-Washington region.

She was the keynote speaker at a kickoff of the Combined Federal Campaign of the National Capital Area. The event was held at the CIA and broadcast to all government employees. She also has spoken in the nation’s capital on issues concerning mandatory thyroid blood testing for annual coverage under health insurance.

Ripken has partnered with the renowned Baltimore School for the Arts for more than 20 years, hosting thousands of underprivileged children at performances of the school’s Nutcracker ballet. In partnership with The Johns Hopkins Hospital, Ripken also founded the Kelly G. Ripken Program for thyroid awareness and education. Additionally, she was the national spokeswoman for Bausch + Lomb’s participation in the project.

To promote her public service endeavors, Ripken has appeared on numerous television and radio shows, including Good Morning America and Primetime Live with Chris Wallace. She has also been profiled in a number of publications, including Good Housekeeping, Cosmopolitan, Woman’s Day, People, Sports Illustrated and Baltimore magazine.

Of her role with A Woman’s Journey, she says, “I am thrilled to join Harriet Legum as chair of this remarkable program in an effort to educate women about medical advances and empower them to make informed decisions about their health and the health of those they love.”

She adds that she is returning to her roots. ”Thirty years ago, after struggling to find the cause of diverse symptoms, I was diagnosed by Johns Hopkins physicians with Graves’ disease,” she says. Following her diagnosis, she established the thyroid program that bears her name to educate women about thyroid disorders, including Graves’ disease and the more common Hashimoto’s thyroiditis, and to offer them a chance to be tested.

“A Woman’s Journey continues my commitment to educate women, who make more than 80 percent of all health care decisions in the U.S.,” Ripken adds.