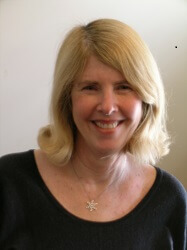 The National Academy of Medicine, formerly the Institute of Medicine, has awarded the 2015 Rhoda and Bernard Sarnat International Prize in Mental Health to Kay Redfield Jamison, Ph.D., the Dalio Family Professor in Mood Disorders and a professor of psychiatry and behavioral sciences at the Johns Hopkins University School of Medicine.

Jamison was awarded the prize for her major insights into mood disorders and suicide, which she has communicated to both health professionals and the general public through award-winning books, the academy said in a statement. The prize, which is accompanied by a medal and $20,000, was presented to Jamison on Oct. 19 at the academy’s annual meeting in Washington, D.C.

“Dr. Jamison [has] made tremendous contributions to the field of mental health by increasing our understanding of the nature of mental illness and by reducing the stigma associated with it,” says Victor J. Dzau, president of the National Academy of Medicine.

Jamison is a world authority on mood disorders and an author who has brought deep psychological insights to the general public in a series of books that include autobiographical works, studies of historical figures, and explorations of artistic and scientific creativity, the academy said. It also noted that Jamison’s memoir, An Unquiet Mind, has been translated into more than 30 languages, and her exploration of the psychological and societal contexts of suicide, Night Falls Fast: Understanding Suicide, has been translated into 20 languages. She is also the co-author of the standard medical text on bipolar illness and the recipient of a MacArthur Fellowship.

Her other awards and honors include the William Styron Award from the National Mental Health Association, the American Foundation for Suicide Prevention Research Award, a Time magazine Hero of Medicine, the Lewis Thomas Prize for Writing about Science from Rockefeller University, the Yale University McGovern Award and the David Mahoney Prize from Harvard University.

Since 1992, the Sarnat Prize has been presented to individuals, groups or organizations that have demonstrated outstanding achievement in improving mental health. The award is supported by an endowment created by Rhoda and Bernard Sarnat of Los Angeles. Kenneth Kendler, M.D., a psychiatric geneticist from Virginia Commonwealth University, shared the 2015 Sarnat Prize with Jamison.

“I am delighted to receive the Sarnat Prize from the National Academy of Medicine,” Jamison says. “I am deeply grateful to my colleagues at Johns Hopkins, whose values and support made it possible. It is the privilege and honor of my professional life to teach at the Johns Hopkins University School of Medicine.”