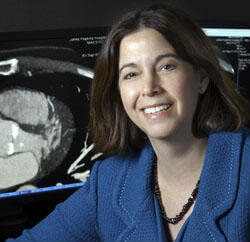 Men with long-term HIV infections are at higher risk than uninfected men of developing plaque in their coronary arteries, regardless of their other risk factors for coronary artery disease, according to results of a study led by Johns Hopkins researchers. A report on the research appears in the April 1 issue of Annals of Internal Medicine.

The finding is important, investigators say, because advances in treatment have led to long-term survival of people living with HIV/AIDS and the emergence of chronic, age-related heart and other diseases among this population. Coronary artery disease may lead to heart attacks.

Although previous studies suggested a link between HIV infection and cardiovascular disease, results have been inconclusive.

To nail down the connection, the Johns Hopkins-led team did a comprehensive evaluation of coronary atherosclerosis in HIV-infected men using coronary computed tomography angiography (CTA), an advanced type of CT scan of the arteries that nourish the heart.

The researchers studied men already part of the Multicenter AIDS Cohort Study, or MACS, an ongoing study of HIV infection in homosexual and bisexual men before and after they began treatment in the Baltimore/Washington, Chicago, Pittsburgh and Los Angeles areas. The study population included 618 HIV-infected men and 383 uninfected men who were 40 to 70 years old and had had no prior surgery to restore blood flow to the coronary arteries.

“MACS participants are a very good population for this study, because the control group comprises uninfected men drawn from the same population of men who are infected,” says Wendy S. Post, M.D., M.S., the lead author of the study. Post, a cardiologist, is a professor of medicine at the Johns Hopkins University School of Medicine and a professor of epidemiology at the Bloomberg School of Public Health.

“This means the uninfected men are also at risk for HIV and share similar environmental exposures and lifestyles,” she says.

Specifically, Post and the other investigators measured the presence and extent of plaque in the heart arteries and also stenosis — the abnormal narrowing of blood vessels — and sought to determine if plaques causing the narrowing were noncalcified, partly calcified (less than 50 percent calcified) or calcified. Coronary stenosis that narrows the artery by more than 50 percent indicates the presence of advanced atherosclerosis.

The presence of noncalcified and partly calcified plaques is significant, because they are more likely than calcified plaques to rupture and trigger development of a clot that reduces or blocks blood flow to the heart. Since noncalcified plaque is not visible using standard CTA, the researchers intravenously injected a special contrast dye that enhances the visibility of these plaques.

These results emphasize the importance of assessing and modifying traditional cardiovascular risk factors in this population, especially in men with more advanced HIV, Post says. Future studies will try to determine whether earlier treatment with HAART might make it less likely that people with HIV will develop heart disease.

Post said her team hopes to repeat the CT angiograms in this population to measure progression of atherosclerosis and figure out why HIV-infected men have more noncalcified plaque.