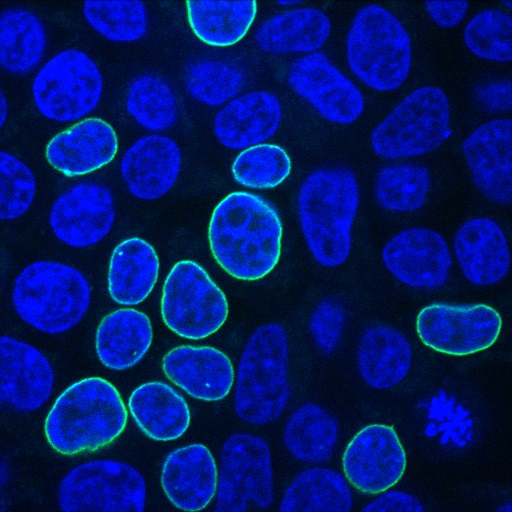 Johns Hopkins scientists have developed a streamlined method and accompanying efficiency “rules” for introducing new DNA sequences into cells after using the gene-cutting tool known as CRISPR. The scientists say the method, which they based on tests with mouse embryos and thousands of human cells, could improve consistency and efficiency of genome editing.

The new method and its development are described online in the Nov. 28 in the Proceedings of the National Academy of Sciences.

“CRISPR is a tool to help scientists modify the genome, predict the outcome of certain traits and study them, but the tool itself only creates breaks in the genome. It does not control how a new DNA sequence is inserted into the genome,” says Geraldine Seydoux, Ph.D., the Huntington Sheldon Professor in Medical Discovery in the Department of Molecular Biology and Genetics and vice dean for basic research at the Johns Hopkins University School of Medicine, and an investigator with the Howard Hughes Medical Institute.

“We set out to study how cells repair breaks induced by CRISPR with the goal of using the cell’s natural DNA repair process to introduce new sequences in the genome. We were surprised to find that cells will readily copy sequences from foreign DNA to repair DNA breaks, as long as the foreign DNAs are linear,” Seydoux adds. “By studying how foreign DNA fragments are copied during the repair process, we came up with some simple rules to make genome editing as efficient as possible, optimize the tool, and do so with confidence.”

CRISPR, which stands for clustered regularly interspaced short palindromic repeat, has gained popularity among scientists in the last five years as a tool to efficiently cut DNA.  It was adapted for use in mammalian cells from a natural viral defense process in bacterial cells that involves creating lethal cuts in viral DNA. Essentially, the tool is a streamlined set of molecular “scissors.”

The prevailing belief, among scientists, is that cells repair DNA breaks by inserting a random set of nucleotides, the chemical building blocks of DNA. This usually destroys any gene that’s located at the spot where the DNA is broken.

It’s also well known to scientists that, occasionally, cells use a different source—a sequence from another piece of DNA, or “donor” DNA—to seal the break in DNA. However, the new “donor” sequence cannot be inserted by itself into an empty space in the genome.

Instead, the new donor DNA needs a kind of tape at each end to help it stick within the gap made by the cut. Scientists refer to this tape as the “homology” arms of the donor DNA.

The homology arms consist of nucleotides that overlap the intact portions of the DNA with matching genetic code. This helps the donor DNA “stick” to the intact DNA.

Yet, scientists regarded using donor DNA as an inefficient way to repair the genome, assuming that it required long homology arms, especially when inserting a long DNA sequence, and single-stranded or circular DNA, which are difficult to prepare in long sizes.

As scientists gained more experience with CRISPR, Seydoux says, “Questions arose about the optimal design rules for donor DNA and the length of the homology arms.”

Seeking answers to these questions, the Johns Hopkins scientists inserted various combinations of donor DNA into human embryonic kidney cells, known for their ability to grow well and for their frequent use in cancer research. The scientists used donor DNA with a gene that codes for a fluorescent protein, which glows green in the cell’s nuclear membrane when the gene insertion is successful.

Paix also tested various lengths of homology arms. He found that the sweet spot for homology arms is about 35 nucleotides in length, much shorter than scientists typically use.

Specifically, it was found that homology arms of 33 to 38 nucleotides in length were as successful as those with 518 nucleotides, yielding between 10 and 20 percent successful edits under optimal conditions. In contrast, when the scientists tested homology arms of 15 and 16 nucleotides in length, the insertion success rates dropped by half. They repeated these results in three different locations in the human genome.

They also found that the newly inserted sequence, not counting the homology arms, can be up to 1,000 nucleotides in length.

The team achieved success rates between 10 and 50 percent with inserts ranging from 57 to 993 nucleotides in length. Shorter sequences were more successfully inserted than longer ones. For example, new sequences that were 57, 714 and 993 nucleotides long were successfully inserted 45.4, 23.5 and 17.9 percent of the time, respectively. Beyond 1,000 nucleotides, new inserts with 1,122 and 2,229 nucleotides had little success—about 0.5 percent of the time. “At that size, it becomes very difficult to introduce the quantity of donor DNA needed for editing. Cells tend to ‘choke’ on so much DNA,” says Seydoux.

Finally, the team also found that the success rate of editing peaks when the new sequence is positioned within 30 nucleotides from the CRISPR cut site. “Beyond 30 nucleotides, the insertion is not workable,” says Seydoux.

“These parameters should accommodate most genes that scientists are seeking to edit. In fact, most experiments involve editing only two to three nucleotides close to the CRISPR cut site,” adds Seydoux.

The research team also tested whether the same approach could work in mouse embryos. Using a PCR fragment with 36-nucleotide homology arms, the team successfully inserted a 739 nucleotide-long sequence coding for a fluorescent protein into 27 of 87 (31 percent) mouse embryos.

Seydoux’s research team is already using the repair rules to study DNA in Caenorhabditis elegans, a species of worm, and the researchers are studying whether the repair rules apply to other types of human cells.

Before the guidelines are widely adopted, Seydoux says they should be tested in more human cell types and other organisms.