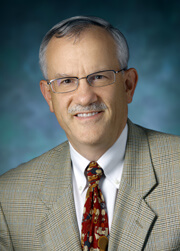 Two pre-eminent researchers from Johns Hopkins were recognized today for outstanding professional achievement and commitment to service with election to membership in the Institute of Medicine, one of the highest honors in the fields of health and medicine. Lawrence J. Appel, M.D., M.P.H., and Gregg Semenza, M.D., Ph.D., were among 70 new members from the United States announced at the organization's 42nd annual meeting in Washington, D.C.

Appel, who directs the Welch Center for Prevention, Epidemiology and Clinical Research at The Johns Hopkins University, has led a series of landmark studies that have set national standards for preventing heart disease, stroke and kidney disease, with both drug therapies and lifestyle modification. These highly influential and innovative studies have also provided persuasive evidence for current national efforts designed to reduce racial disparities in cardiovascular health.

Semenza, the C. Michael Armstrong Professor of Pediatrics at the Johns Hopkins University School of Medicine, is best known for his ground-breaking discovery in the laboratory of hypoxia-inducible factor 1 or HIF-1, which helps cells cope with low oxygen levels. The discovery has far-reaching implications in understanding low oxygen health conditions like coronary artery disease and tumor growth.

"The Institute of Medicine is greatly enriched by the addition of our newly elected colleagues, each of whom has significantly advanced health and medicine," said IOM President Harvey V. Fineberg. "Through their research, teaching, clinical work and other contributions, these distinguished individuals have inspired and served as role models to others. We look forward to drawing on their knowledge and skills to improve health through the work of the IOM."

He had a leadership role in the DASH trial, a landmark study that documented the benefits of modifying whole dietary patterns. The DASH diet, now the benchmark diet recommended in the U.S. Dietary Guidelines for Americans, substantially lowered blood pressure and cardiovascular risk, particularly in African-Americans. He also chairs the African-American Study of Kidney Disease and Hypertension that documented the benefits of aggressive blood pressure control in African-Americans with hypertensive kidney disease. Other studies have focused on the health effects of salt, carbohydrates and fats.

Appel and his team of investigators have also tested innovative strategies to accomplish adherence with lifestyle recommendations. In the POWER study, published in the New England Journal of Medicine last year, he showed that a weight-loss program delivered over the phone by health coaches was just as effective in helping obese patients lose weight and keep it off as one that involved in-person coaching.

In addition to leading such a productive research program, Appel serves on many national committees that shape public policy. And, until last year, Appel spent 30 years as a practicing internist.

Appel received his medical degree from the New York University School of Medicine and his master’s degree in public health from The Johns Hopkins University. He is a professor of medicine in the Division of General Internal Medicine and also a professor of epidemiology and international health at the Johns Hopkins Bloomberg School of Public Health.

Semenza, one of today’s pre-eminent researchers on the molecular mechanisms of oxygen regulation, is the director of the vascular program at the Johns Hopkins Institute for Cell Engineering and a member of the McKusick-Nathans Institute of Genetic Medicine. Semenza identified the hypoxia-inducible factor 1 (HIF-1) protein, which controls genes in response to changes in oxygen availability. When oxygen levels are low, HIF-1 turns on genes to make new blood cells and blood vessels. By increasing HIF-1 levels, Semenza’s research team hopes to develop treatments for stroke, circulation problems and heart disease. On the other hand, Semenza’s group discovered that elevated HIF-1 levels can bring new blood vessels to a tumor, providing it with nutrients to grow and metastasize. The team has shown that drugs that lower HIF-1 levels have anti-cancer properties and may be used as cancer therapies.

Semenza received his M.D. and Ph.D. from the University of Pennsylvania, did his residency in pediatrics at Duke University Medical Center and postdoctoral research in medical genetics at Hopkins. On the faculty at Hopkins since 1990, he has authored more than 250 research articles as well as several book chapters, and has been cited more than 30,000 times. He sits on the editorial boards of several scientific publications. Semenza has been elected to the Association of American Physicians and has received several awards, including the E. Mead Johnson Award in Pediatric Research, the Children's Brain Tumor Foundation’s Jean and Nicholas Leone Award, the American Heart Association’s National Established Investigator Award, the Lucille P. Markey Scholar Award in Biomedical Science, the Canada Gairdner Award, and the Lefoulon-Delalande Grand Prize.

The newly elected members raise IOM's total active membership to 1,732 and the number of foreign associates to 112. With an additional 84 members holding emeritus status, IOM's total membership is 1,928.

The Institute of Medicine is unique in its structure as both an honorific membership organization and an advisory organization. Established in 1970 by the National Academy of Sciences, IOM has become recognized as a national resource for independent, scientifically informed analysis and recommendations on health issues. With their election, members make a commitment to volunteer their service on IOM committees, boards and other activities. Projects during the past year include studies of environmental factors in breast cancer, health IT and patient safety, nutrition rating systems and graphics on food packaging, the scientific necessity of chimpanzees in research, establishing crisis standards of care during catastrophic disasters, improving care for epilepsy, and treatment of post-traumatic stress disorder.