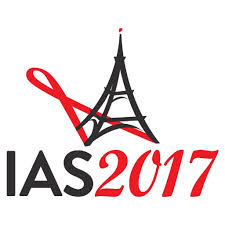 Richard Chaisson, M.D., primary investigator of these studies and director of the Center for Tuberculosis Research at the Johns Hopkins University School of Medicine will be available at IAS 2017 to comment on this research.

Universal screening for tuberculosis identifies significantly more cases of the disease than symptom-based testing and significantly reduced early infant mortality, according to a Johns Hopkins study comparing these two methods of screening in HIV-infected pregnant women in South Africa. The work will be presented by Neil Martinson, M.B., M.P.H., adjunct associate professor of medicine at the Johns Hopkins University Center for Tuberculosis Research and executive director of the Perinatal HIV Research Unit in Soweto, South Africa. The results support testing for tuberculosis in all HIV-infected pregnant women in high-burden areas, regardless of symptoms, to significantly increase detection of the disease and lower mortality rates for their infants.

Tuberculosis in HIV-infected pregnant women is a leading cause of maternal and infant morbidity and death. The current symptom-based screening method puts pregnant women and their infants at risk, as pregnancy may mask symptoms of active tuberculosis, delaying treatment. This potential diagnostic disparity prompted Martinson, Richard Chaisson, M.D., director of the Center for Tuberculosis Research at the Johns Hopkins University School of Medicine, and their team of researchers to conduct a study in which 16 public-sector antenatal clinics in two health districts in South Africa were randomly assigned to use either a universal or symptom-based screening method. The study enrolled 2,032 HIV-infected pregnant women and revealed that universal tuberculosis screening identified 10 times as many cases as symptom-based testing and reduced early infant mortality by more than 50 percent.  The investigators recommend that all pregnant women with HIV infection should be tested for TB, regardless of symptoms.

The study was supported by the Eunice Kennedy Shriver National Institute of Child Health and Human Development and the President’s Emergency Plan for AIDS Relief (PEPFAR).

SCREENING FOR TUBERCULOSIS WITH XPERT MTB/RIF VERSUS FLUORESCENT MICROSCOPY AMONG PEOPLE NEWLY DIAGNOSED WITH HIV IN RURAL MALAWI: A CLUSTER-RANDOMIZED TRIAL.

Session: Opportunistic Infections and AIDS-defining Cancers: Can We Do Better?

A new molecular test for tuberculosis doubled detection of the disease over the standard point-of-care test among HIV-infected adults in Malawi and halved death rates for those with advanced HIV, according to new research from Richard Chaisson, M.D., director of the Center for Tuberculosis Research at the Johns Hopkins University School of Medicine, Lucky G. Ngwira of the Malawi Liverpool Wellcome Trust Clinical Research Programme, and colleagues from the Johns Hopkins University School of Medicine and Johns Hopkins Bloomberg School of Public Health. Ngwira will present on the outcomes of a cluster-randomized trial screening for tuberculosis, comparing the molecular test, called Xpert MTB/RIF to standard testing for disease using sputum smear microscopy.

Tuberculosis is a leading cause of death in HIV-infected individuals and screening of all new patients is recommended. Sputum smear microscopy, though less costly than Xpert, has a lower level of diagnostic sensitivity, putting HIV-infected individuals at risk of a missed diagnosis of tuberculosis. A research team led by Chaisson studied 1,842 adult Malawians recently diagnosed with HIV infection and compared the new, rapid molecular Xpert MTB/RIF assay, performed in the clinic, to the standard fluorescent microscopy. Screening for tuberculosis with Xpert resulted in twice the rate of diagnoses and a 50 percent reduction in mortality for patients with advanced HIV compared to microscopy.

The study, supported by the National Institute of Allergy and Infectious Diseases, was conducted at 12 clinics in a rural district of Malawi with extremely limited resources. The researchers note that providing a sensitive point-of-care diagnosis with a molecular test in settings without access to sophisticated laboratories could save lives in many high-burden countries.
Return to Top