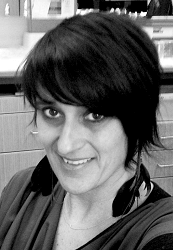 Gul Dolen, M.D., Ph.D., an assistant professor of neuroscience at the Johns Hopkins University School of Medicine, is one of 15 early career scientists named Searle Scholars this year. She will be awarded $300,000 in flexible funding to support her work over the next three years.

Dolen will take a novel approach to studying autism, a disorder of brain development characterized by dysfunctional social behaviors and communication. She will seek out the brain cells responsible for the pleasure we feel during social interactions. Understanding this so-called “social reward circuit” will allow her to test whether autistic patients do not seek out social interactions because the social interactions are not pleasurable in the normal way.

“Each of these bold and talented young scientists has opened up novel approaches to answer fundamental questions in biology and the biomedical sciences,” said Doug Fambrough, Ph.D., scientific director of the Searle Scholar Program, in announcing the awards on April 13. “In addition, they have all thought deeply about how their work might address major human burdens such as cancer, autoimmunity and autism. We are delighted to be able to give an early boost to their careers.” Fambrough also serves as a professor emeritus of biology at the Johns Hopkins University.

Dolen completed her M.D., Ph.D. at Brown University and the Massachusetts Institute of Technology, where she studied the autism spectrum disorder Fragile X syndrome. She then received postdoctoral training at Stanford University before joining the Johns Hopkins faculty last year. Her awards and honors include the 2014 Society for Social Neuroscience Early Career Award, the 2008 Joukowsky Family Foundation Outstanding Dissertation Award, the 2008 Sigma Xi Outstanding Graduate Student Research Award, the 2007 Rising Star Award from the Conquer Fragile X Foundation and the 2006 Angus MacDonald Award for Excellence in Undergraduate Teaching.

The funds that support the Searle Scholars awards come from trusts established under the wills of John G. and Frances C. Searle. John Searle was president of G.D. Searle & Co., a research-based pharmaceutical company. Searle Scholars are selected by a Scientific Advisory Board comprising 12 scientists distinguished for their research and leadership across a wide range of fields.