He revolutionized the treatment of pediatric epilepsy and advanced the development of modern biomedical ethics
Release Date: January 6, 2014 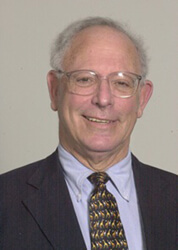 John M. Freeman, an internationally renowned Johns Hopkins pediatric neurologist and medical ethicist whose iconoclastic questioning of established medical practices revolutionized the treatment of pediatric epilepsy and advanced the development of modern biomedical ethics, died on Friday, Jan. 3, of cardiovascular disease. He was 80.

Freeman’s forceful advocacy of two long-abandoned therapies—one requiring a strict, unconventional high-fat diet, the other involving surgery to remove half of the brain of children tormented by unremitting seizures—led to their revival and current acceptance as effective treatments.

In the early 1990s, Freeman, founding head of Johns Hopkins’ Division of Pediatric Neurology and director of its Birth Defects Clinic, as well as director of what now is the John M. Freeman Pediatric Epilepsy Center, began reviving the use of the long-ignored ketogenic diet (KD) for the treatment of childhood epilepsy.

A high-fat, low-carbohydrate regimen that changes the body’s metabolism so that the brain gets its energy from ketones, a fat byproduct, rather than glucose, or sugar, initially was developed in the 1920s, but it was largely abandoned once chemical antiseizure medications such as Dilantin (phenytoin) were created in the late 1930s. As recently as 1995, many physicians no longer considered the ketogenic diet a viable treatment.

Freeman’s “resurrection” of the diet, which completely ended the epileptic seizures of many patients, was accomplished “virtually all by himself, against great skepticism and opposition,” according to neurologist Guy McKhann, founding head of Johns Hopkins’ Department of Neurology.

Among those who were permanently cured of epileptic seizures by Freeman’s ketogenic diet was the son of Hollywood producer, writer and director Jim Abrahams, who then led an extensive publicity campaign to promote the treatment in the late 1990s.

Abrahams, whose films included Airplane and the Naked Gun series of comedies, created The Charlie Foundation, named for his son, to promote the diet. He produced an educational DVD for parents and health care professionals, collaborated on a Dateline program about KD, and produced a 1997 made-for-TV movie about it, First Do No Harm, narrated by his friend Meryl Streep. He also funded the first edition of Freeman’s book, Ketogenic Diets: Treatments for Epilepsy and Other Disorders, written with Millicent Kelly and Jennifer Freeman. It now is in its fifth printing.

“John provided hope for my family when no one else would,” Abrahams said. “He was utterly unafraid to take a position against most of his colleagues in favor of diet therapy for epilepsy based on decades of his experience when the science had yet to catch up. He and his team from Hopkins provided a cure for my son Charlie when no one else could.”

Today, the ketogenic diet is a mainstream medical treatment, with centers now offering it in more than 45 countries worldwide. New studies indicate it may also be an effective treatment for autism, brain tumors, Alzheimer’s disease and diabetes.

Freeman also was a mentor to Johns Hopkins’ famed pediatric neurosurgeon Benjamin Carson, encouraging him to revive the long-abandoned use of hemispherectomies, or the removal of half of the brain, to curtail the crippling seizures suffered by young patients whose cases they shared.

“His partnership with Ben Carson proved that children devastated by intractable seizures could be restored to fully functional levels with hemispherectomy,” says George Dover, director of the Johns Hopkins Children’s Center.

Carson recalls Freeman as “a wonderful mentor and teacher” who “helped work out many of the techniques and problems associated with cerebral hemispherectomy, as well as many other neurosurgical issues affecting patients from around the world. He cared deeply about the patients and had very admirable relationships with many of them and their parents. His shoes will be hard to fill.”

“John Freeman exemplified the very best attributes of a Hopkins professor,” says Dover. “He mentored two generations of pediatric neurologists and pediatricians, many of whom are now leaders in their fields. His clinical acumen transcended conventional wisdom—or dogma—and he pushed all around him to think about better ways to treat pediatric neurology patients.

Among Freeman’s protégés was Eileen P.G. “Patti” Vining, now a professor of neurology and pediatrics who became his successor as head of Johns Hopkins’ pediatric epilepsy center that now bears his name.

“I grew up with him,” Vining said, “and found much of the joy of medicine through him.”

“He was stubborn—and he had great courage. When he realized that children with devastating epilepsies involving one half of their brains were doomed, he was able to convince hesitant surgeons to live in the present and begin to perform hemispherectomies again. He believed we had better procedures and technologies that would make it safe.

“He couldn’t and wouldn’t abandon those children and their families to a life without a rational option. They have loved him ever since.”

Along with Vining and the late Diana J. Pillas, Freeman wrote the landmark, award-winning 1990 book, Seizures and Epilepsy in Childhood: A Guide for Parents. Now in its third edition, it is recognized as the standard resource for parents who need comprehensive medical information about their child with epilepsy.

In addition, Freeman conducted influential studies demonstrating that infants with fever-induced seizures do not require medication, showing that the side effects of medication can outweigh the benefits and that children who suffer only one or two such seizures can go untreated with little risk of recurrence.

An outspoken advocate of patient rights throughout his career, Freeman wrote extensively on the ethical and medical conundrums surrounding the treatment of severely ill newborns with congenital defects. In 2001, he published the still-influential book, Tough Decisions: A Casebook in Medical Ethics, co-authored with Kevin McConnell, professor of philosophy at Saint Mary’s College, Notre Dame, Indiana.

George Dover observes that Freeman’s “generation of pediatric neurologists often were faced with making diagnoses of conditions for which there was little if any therapy.”

“It was this reality that I believe pushed him very early on to recognize and ask the toughest questions: Who do we treat and when does treatment cause more problems than not treating? He was a pioneer in bringing ethical considerations into the mainstream of the pediatric training programs at Hopkins. He and his wife, Elaine, have championed clinical scholarship for the formal training of ethics in the clinical training programs.”

Freeman showed special concern for maintaining the dignity of individual patients and striving to ensure that each had as independent, fulfilling and as close to normal life as possible. He was the founding chairman of the Johns Hopkins Hospital Ethics Committee and co-director of an undergraduate medical student course in bioethics. He was a member of the original faculty of the Johns Hopkins Berman Institute of Bioethics and established the Freeman Family Fund in Clinical Bioethics to help support the salary of a faculty member to teach that subject.

“He was an institutional visionary,” says Ruth Faden, director of the Berman Institute. “He really had this vision that we could have a world-class bioethics program at Hopkins if we never gave up. And we didn’t give up, and we did get a phenomenal first-rate program here at Hopkins, and John was just critical; he was the person who had the unflagging confidence in a future for bioethics at Johns Hopkins.”

Freeman also was “a phenomenal and extraordinary mentor,” Faden says, helping to forge the careers of dozens of future pediatric neurologists. Employing a distinctive, highly effective teaching style, he spurred the development of his protégés’ skills at critical thinking and their reluctance to accept received medical wisdom— attributes that went on to influence their subsequent, successful endeavors.

Ronald R. Peterson, president of The Johns Hopkins Hospital and Health System and executive vice president of Johns Hopkins Medicine, says, “Few Hopkins physicians have had a more profound effect than John Freeman on how we treat young patients who suffer from epilepsy and congenital abnormalities—and on how we address the often-difficult ethical issues surrounding these potentially heartbreaking cases.”

“The sensitive, compassionate patient care to which The Johns Hopkins Hospital is dedicated has been enhanced immeasurably by John Freeman’s unwavering concern for patient dignity and determination to improve the lives of those entrusted to his care.

“As the founding chairman of The Johns Hopkins Hospital’s Ethics Committee, a member of the original faculty of the Johns Hopkins Berman Institute of Bioethics, and co-creator with his wife, Elaine Freeman, of the Freeman Family Fund in Clinical Bioethics, John Freeman ensured that even after his retirement from active practice, we constantly maintain the highest standards and deepest concern for all our patients,” Peterson says.

Born in Brooklyn, N.Y., Freeman was a 1954 honors graduate of Amherst College and a 1958 graduate of the Johns Hopkins University School of Medicine. After completing his pediatrics internship and residency at Hopkins in 1961, he undertook a three-year fellowship in neurology and child neurology at Columbia Presbyterian Medical Center. He then conducted two additional years of studies at the Walter Reed Army Institute of Research before joining the faculty at Stanford University in 1966.  He returned to Johns Hopkins in 1969 and rose through the academic ranks, becoming a full professor in pediatrics and neurology before being named the Lederer Professor of Pediatric Epilepsy in 1991. He became an emeritus professor in 2007.

Freeman received numerous awards, including the American Epilepsy Society’s J. Kiffin Penry Award for Epilepsy Care in 2001 and its William G. Lennox Award in 2003; the Lifetime Achievement Award of the Epilepsy Foundation of America, and the Child Neurology Society’s highest honor, the Hower Award, in 2004.

The Hower Award’s citation praised Freeman’s “characteristic unwillingness to accept even ‘well-established management principles’ without freshly and critically examining their basis.” It described his four-decade career as one in which he “played the role of gadfly, critic and skeptic, the asker of well-formulated questions.”

“John eventually acknowledged that he was a curmudgeon,” says Vining. “But he didn’t accept the classic definition of a crusty, ill-tempered old man. He thought of himself as willing to point out errors or hypocrisy with a sense of humor.”

Freeman’s “wonderful sense of humor” also was evident in his examinations of pediatric patients, which were “meant to be playful,” Vining recalled.

“Just watching a child play—often with carefully chosen objects—might be all you needed to make a diagnosis. And John playing with the child, usually sitting on the floor, is an image I will always have of him. He needed to do it because he was so tall. He wanted to do it because it was fun. He taught generations of neurologists and pediatricians that you could perform a very thorough neuropsychological examination of a child with the coins in your pocket.”

Freeman is survived by his wife of 57 years, Elaine Kaplan Freeman, Johns Hopkins Medicine’s former vice president of corporate communications, who served as head of the public affairs and marketing office from 1982 to 2005; two sons, Andrew D. Freeman of Baltimore and Joshua L. Freeman of Chevy Chase, Md.; one daughter, Jennifer B. Freeman of New York City; and six grandchildren. Survivors also include his brother, Donald D. Freeman of Silver Spring, and a step-sister, Laura Lippman Sager of New York City.

Services will be held Monday, January 6, at 2 p.m. at Sol Levinson and Bros. Funeral Home, 8900 Reisterstown Rd. at Mt. Wilson Lane, Pikesville, MD, 21208. Contributions in memory of Dr. Freeman may be made to the Freeman Clinical Bioethics Fund at the Berman Bioethics Institute, Johns Hopkins University, 3400 N. Charles St., Baltimore, MD 21218, or to the John M. Freeman Leadership Endowment in the JHU Department of Neurology.