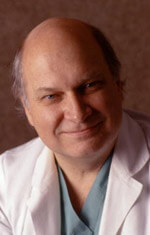 Duke Cameron, M.D., a long-time Johns Hopkins surgeon, internationally renowned for his work in surgical repair of the heart’s main blood vessel, the aorta, has been named the new cardiac surgeon in charge at The Johns Hopkins Hospital and director of the Division of Cardiac Surgery at the Johns Hopkins University School of Medicine.

In addition to his new roles, he is a co-director of the School’s Heart and Vascular Institute, as well the James T. Dresher, Sr., Professor of Surgery and director of pediatric cardiac surgery.

Cameron, 58, who joined Hopkins in 1984, will  also become director of The Dana and Albert “Cubby” Broccoli Center for Aortic Diseases, a program that conducts research into the causes and treatments of disorders that affect the aorta, such as Marfan’s and Loeys-Dietz syndrome.

“This appointment is yet another in the long line of accomplishments for Duke, whose history with Hopkins reaches a quarter century back with contributions that have and will continue to leave a lasting impression on patients, students and faculty,” says Edward D. Miller, M.D., dean of faculty of the Johns Hopkins University School of Medicine and CEO of Johns Hopkins Medicine.  “In a division that requires exact precision, I could not be more confident that cardiac surgery here will be in very steady hands.”

The division Cameron is to head is well-known for its consistently high ranks in the U.S. News & World Report annual survey of top medical institutions.

He succeeds Vice Dean for Clinical Affairs William Baumgartner, M.D., who led the department for 17 years and will be retaining his academic titles and other duties at Johns Hopkins Medicine.

“Duke is a wonderful colleague and a good friend,” says Baumgartner, The Vincent L. Gott Professor of Surgery.  “I am delighted to hand over the division’s leadership reigns to Duke, and I am excited about watching the division grow under his careful stewardship.”

As head of the division, Cameron will lead and work with a group of nearly 250 faculty, trainees and staff, including surgical residents, perfusionists, physician assistants, and operating room and intensive care nurses.  He will oversee an annual research budget of $1.3 million, of which $1 million comes from the U.S. National Institutes of Health.

Cameron’s research interests have focused recently on valve-sparing aortic root replacement procedures in people with Loeys-Dietz syndrome, an aggressive, potentially life-threatening connective tissue disorder.  His research work on cardiac surgery published in more than 120 articles and multiple book chapters; Cameron is also the editor of two major textbooks in adult and pediatric cardiac surgery.  In 2008, he received the J. Maxwell Chamberlain Memorial Award for Adult Cardiac Surgery from the Society of Thoracic Surgeons for a landmark paper reporting the Johns Hopkins experience with surgery for treating Marfan syndrome, a condition marked by a serious weakening of the blood vessels.  He also serves on the editorial board of the Journal of Thoracic and Cardiovascular Surgery and the program committee for the Society of Thoracic Surgeons.

Cameron’s humanitarian efforts have reached across the globe, where he has performed life-saving heart surgeries free of charge in Havana, Cuba; Cairo, Egypt; and Jedda, Saudi Arabia, for children and adults who otherwise would not access to highly specialized surgeons.