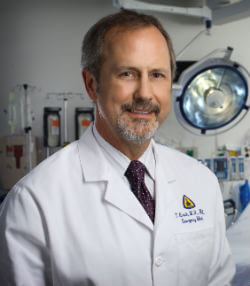 When floods, hurricanes, mass shootings and other disasters occur, the first place many people turn to for help are local houses of worship. But those cornerstones of aid and comfort can be affected, too, and the religious leaders who staff them may not be prepared to respond or meet the needs of their communities.

To bridge this vital training gap, officials at the Federal Emergency Management Agency (FEMA) have tapped a team of disaster experts at Johns Hopkins Medicine to develop educational programs, planning guides and other materials that churches, synagogues, mosques and faith-based organizations can use to adequately prepare for — and respond to — natural disasters and acts of violence and terrorism.

The Johns Hopkins’ team plans to use FEMA grant and the agency’s recently published Developing High Quality Emergency Operation Plans for Houses of Worship guide as a framework to develop educational programs, training manuals and other resources, says Thomas D. Kirsch, M.D., M.P.H., who is heading up the project.

“In the United States, faith groups are frequently the source of strong community connections. So, what we often see now is that churches and other houses of worship are often becoming the first places people turn to after a major disaster,” says Kirsch. “These organizations have a lot of very committed people and they have the potential to play a really vital role after a major disaster as we saw with Hurricane Katrina and Hurricane Sandy.”

Kirsch, an emergency physician at The Johns Hopkins Hospital and director of the Center for Refugee and Disaster Response at the Johns Hopkins University Bloomberg School of Public Health, says research has shown that religious leaders and their staff are highly trained to deliver spiritual comfort and counseling but may be less knowledgeable about keeping their congregations safe and marshaling their troops efficiently.

For example, those providing aid and comfort in the aftermath of a disaster are often placed under severe stress trying to help those affected emotionally cope with loss, yet are also stressed by worries about the fate of loved ones or loss of their own possessions.

Kirsch, who served at Ground Zero in New York City after the 9/11 attacks and in Haiti after the 2010 earthquake, said the first goal of the FEMA-funded project will be to develop a standardized educational program that can be used anywhere in the U.S. to train leaders in churches, synagogues and other houses of worship or religious organizations.

In addition, the team will develop an easy-to-use planning guide and a template that religious leaders can use to create customized emergency operations plans.
“The key will be keeping the planning guides and other materials simple so that people will use them and share them. Hopefully, our work will help get communities back on their feet after future disasters,” says Kirsch.

The Johns Hopkins team also will work with a national panel of religious leaders from a diverse array of faiths to advise the team on its work and to ensure broad distribution and use of the educational programs. Kirsch says he hopes to have all panel members named and a first meeting convened in Baltimore by early next year.

“Their involvement and practical guidance can be critical to our mutual success,” says Kirsch, who recently received the inaugural Disaster Medical Sciences Award from the American College of Emergency Physicians.

Lauren Sauer, M.Sc., a co-leader of the project, said she and other team members are hopeful that relationships developed in early meetings results in a strong network of resources for houses of worship.

Christina Catlett, M.D., a Johns Hopkins emergency physician and disaster expert who has served on medical teams responding to major disasters including the 2010 earthquake in Haiti, is developing the training guides.

Once the team has its educational program and other tools available, they plan to visit between five and seven U.S. cities to conduct workshops for religious organizations and groups to test how well the materials work and are received. Workshop cities will be selected based on such factors as geographic location and the risk of hazards, like natural disasters.

In addition, the Johns Hopkins team plans to develop an informational webinar to inform target audiences nationwide about the importance of making sure their facilities, congregations and front-line staff are well prepared for disaster response. Sauer says the webinar will also be used to assist individual houses of worship in developing preparedness plans.

“We’d like to develop a network of trained leaders and responders at houses of worship and in religious groups. Then, hopefully they then can become the trainers for others in their communities,” she says.