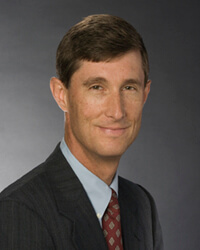 In being named president-elect, Bass begins a three-year stint at the helm of the society, where he will move on to the job of president next year and outgoing president after that.

“I am excited about having the opportunity to lead the Society of General Internal Medicine in addressing its mission of promoting excellence and innovation in clinical care, education and research involving general internal medicine and primary care,” Bass says.

Bass, a practicing internist, also has joint appointments at the Johns Hopkins Bloomberg School of Public Health and School of Nursing. He attended Duke University for college and medical school, and went to the University of Pittsburgh for residency training in internal medicine and an M.P.H. degree. He came to Johns Hopkins for a fellowship in general internal medicine, and joined the faculty in 1989. His strongest research interests are in evidence-based medicine and assessment of the effectiveness, safety and costs of medical and surgical management strategies. He has been the director of the Johns Hopkins Evidence-based Practice Center for the past 10 years, and previously served as the co-director of the Johns Hopkins DEcIDE Center (Developing Evidence to Inform Decisions about Effectiveness).

He was the director of the General Internal Medicine Fellowship at Hopkins for 15 years. He also served as the editor of the Journal of General Internal Medicine, and was the founding editor-in-chief of a journal dedicated to community-based participatory research called Progress in Community Health Partnerships. He has published more than 200 peer-reviewed articles as well as numerous evidence reports.

Says Frederick L. Brancati, M.D., M.H.S., director of Hopkins’ Division of General Medicine: “This is great news for him and for the GIM Division, but especially great news for the Society of General Internal Medicine, which will benefit from a leader who is respected for his research skills and clinical acumen, admired for his accomplishments and mentoring track record, and beloved for his warmth, collegiality and generosity.”