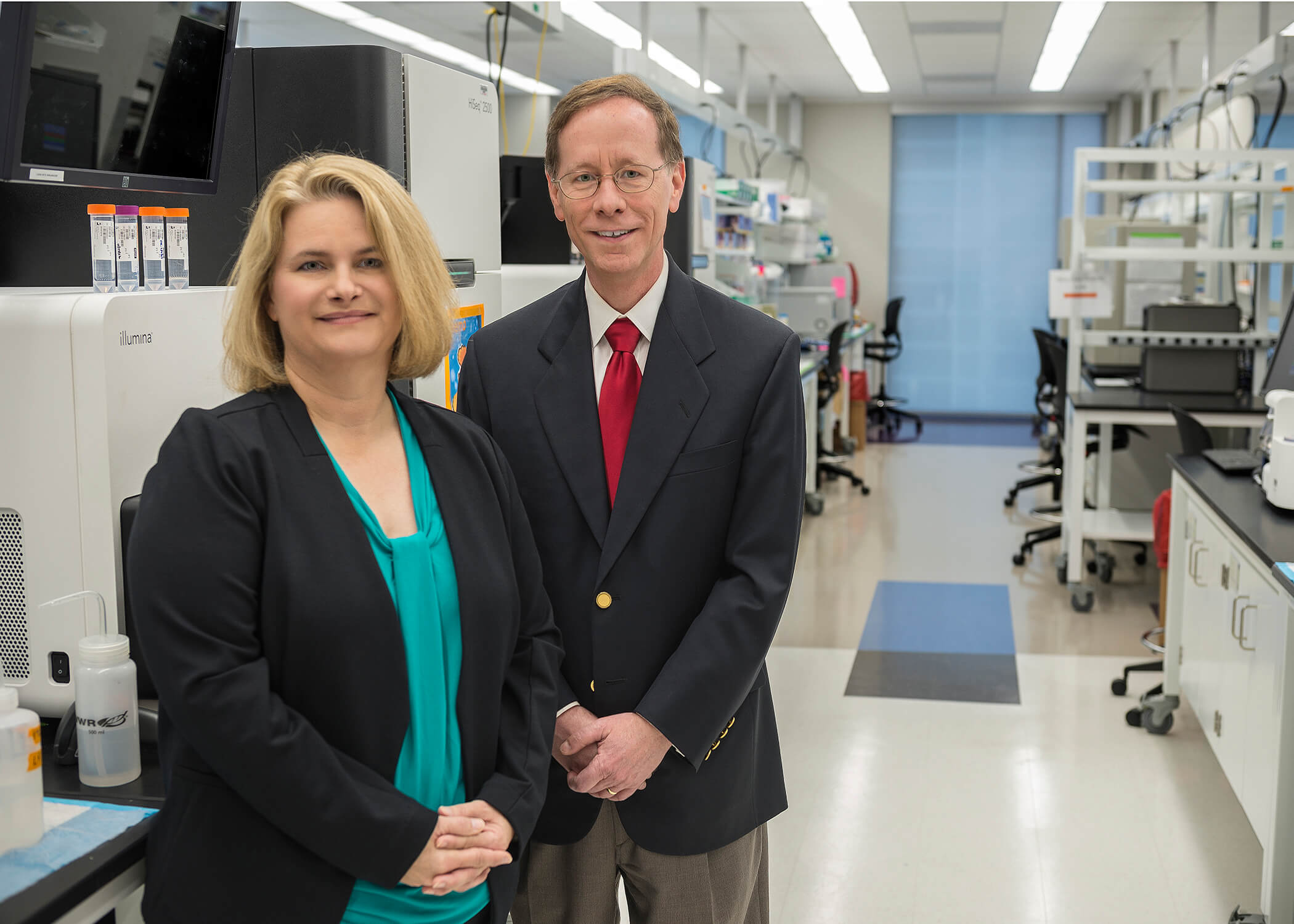 The Johns Hopkins Center for Inherited Disease Research (CIDR) marked its 20-year history supporting large-scale scientific collaboration by securing funding to the center through 2023.  CIDR successfully competed for a seven-year contract from the National Institutes of Health (NIH) providing up to $213 million in research funding. The renewal contract enables NIH-funded researchers to use CIDR’s sequencing, high-throughput genotyping, analysis and informatics services for a wide array of studies exploring genetic contributions to human health and disease.

“We are grateful to the NIH for its support, which will enable us to continue to apply cutting-edge genomic technologies to some of biomedicine’s most interesting puzzles,” says Kimberly Doheny, Ph.D., lead co-principal investigator of CIDR. She notes that CIDR recently relocated to the East Baltimore BioPark, partnering with clinical genomic testing groups under the umbrella of Johns Hopkins Genomics.  CIDR is now located in a new building, 1812 Ashland, occupying the 25,000 square foot second floor along with laboratories specializing in clinical testing for inherited disease and cancer.

CIDR’s recent projects include genotyping over 200,000 DNA samples as a member of the OncoArray Network, which aims to identify genetic variants linked to cancer and cancer risk factors. As part of another project, Population Architecture Using Genomics and Epidemiology, CIDR helped develop a genotyping tool, known as an array, to help researchers more effectively identify disease-causing genes in populations of non-European descent.

Doheny, along with David Valle, M.D., Henry J. Knott Professor and director of the McKusick-Nathans Institute of Genetic Medicine, and Alan Scott, Ph.D., director of the Genetic Resources Core Facility, serves as the co-principal investigator of the center.

“We are excited that CIDR can continue to provide top-notch support to researchers looking for genes that contribute to disease, and through the additional resources of JH Genomics, will also be poised to provide genomic datasets supporting translational research studies in which results are returned to the study participants,” says Valle.

The NIH program contract was initially awarded to CIDR in 1996 by the NIH and renewed in 2007, 2012, and now again in 2017. The contract receives funding from 10 NIH institutes. Investigators with grants from one of these institutes can apply for access to CIDR’s sequencing and genotyping services. If the project is approved, the supporting NIH institute pays for the project directly through the contract. Access to CIDR resources is also available on a fee-for-use basis through the JHU Genetic Resources Core Facility.