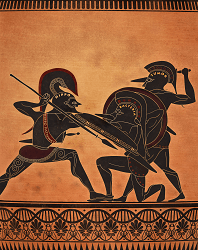 During an animal’s embryonic development, a chemical chain reaction known as Hippo directs organs to grow to just the right size and no larger. Now Johns Hopkins researchers working with laboratory flies report that this signaling pathway also plays a role in revving up the insects’ immune systems to combat certain bacterial infections.

“It turns out that, like some other signaling pathways important in development, Hippo also has a job to do later in an animal’s life,” says Duojia Pan, Ph.D., a professor of molecular biology and genetics at the Johns Hopkins University School of Medicine and a Howard Hughes Medical Institute investigator.

The finding is described in the Jan. 28 issue of Cell.

Pan’s team identified the Hippo pathway — named for the outsized organs that result when it is absent or defective — in 2003 and has since added other pieces of the pathway to explain the puzzle of how normal growth is controlled. Hippo acts similarly in flies and other animals, including humans. By better understanding them, research can shed light on diseases such as cancer, which hijacks the tools of development.

Inspired by studies identifying dual jobs for other developmental pathways once animals are grown, Pan and his team looked for a “second hat” for Hippo in flies, a common scientific model for studying growth.

“Fly development lasts 12 days, and then flies can live as adults for another two months,” he says. “Yet adult physiology is generally less understood than development.”

For the new research, the team genetically engineered flies so that their Hippo pathway was disabled after reaching adulthood. In a series of tests designed to identify the biological effects, the researchers found that the flies were unusually susceptible to gram-positive bacteria, the kind of germs that cause staph and strep infections, various pneumonias, and anthrax. They were not overly susceptible to other kinds of bacteria.

Investigating further, they found that the gram-positive bacteria first activated a common immune-related protein called Toll, which in turn activated Hippo signaling. “When an infection activates the Toll protein on the outside of a cell, we now know that the cell responds by turning on both the Toll and Hippo signaling pathways,” Pan says. Hippo feeds into the subsequent immune response by controlling production of a protein called Cactus, which tweaks levels of antimicrobial molecules, he adds.

Pan says it makes sense that organ growth and immunity are tightly linked because the connection might allow developing organisms to push “pause” on growth when infection threatens, saving their energy for the immune battle.

The team plans to test that idea in future experiments and investigate whether Hippo plays a similar role in mammalian immunity.

Other authors on the paper are Bo Liu, Yonggang Zheng, Feng Yin and Jianzhong Yu, all of the Johns Hopkins University School of Medicine, and Neal Silverman of the University of Massachusetts Medical School.

The study was funded in part by grants from the National Eye Institute (grant number EY015708) and the Howard Hughes Medical Institute.