How the Skin Becomes Inflamed 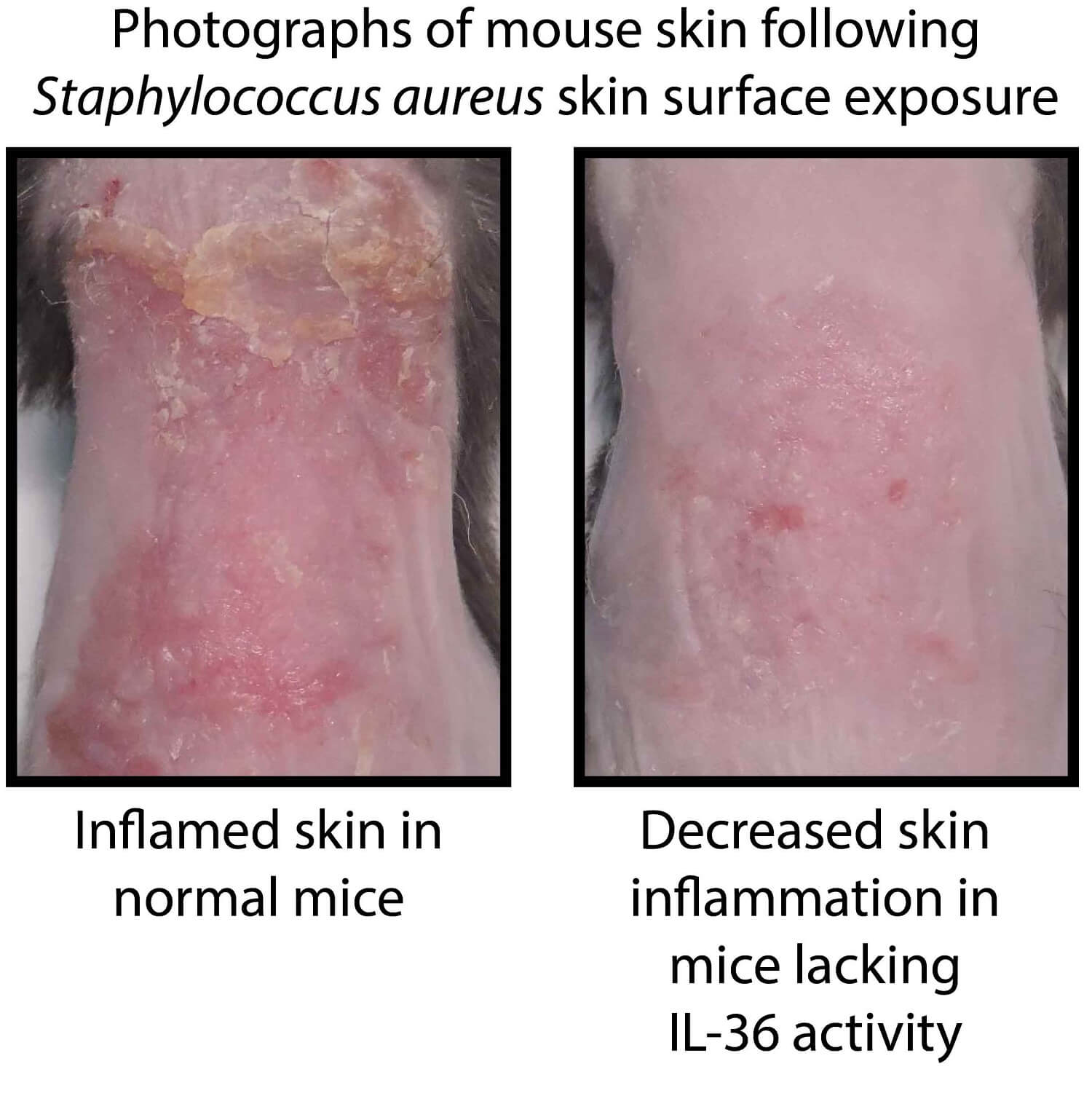 Publishing online this week in Cell Host & Microbe, researchers at Johns Hopkins report the discovery of a key underlying immune mechanism that explains why our skin becomes inflamed from conditions such as atopic dermatitis, more commonly known as eczema. Toxin-producing bacteria on the surface of our skin induces a protein that causes our own cells to react and cause inflammation.

“Our skin is covered with bacteria as part of our normal skin microbiome and typically serves as a barrier that protects us from infection and inflammation. However, when that barrier is broken, the increased exposure to certain bacteria really causes problems,” says Lloyd Miller, M.D., Ph.D., associate professor of dermatology at the Johns Hopkins University School of Medicine.

The bacteria Staphylococcus aureus, or S. aureus, is an important human pathogen and the most common cause of skin infections in people. Miller says, “20 to 30 percent of the U.S. population have S. aureus living on their skin or in their nose, and over time, up to 85 percent of people come into contact with it. Eczema is an inflammatory skin disease that affects 20 percent of children and about 5 percent of adults. Ninety percent of patients with eczema have exceedingly high numbers of S. aureus bacteria on their inflamed skin.”

“We don’t really know what causes atopic dermatitis and there aren’t many good treatments for it,” says Miller. So his team set out to learn more about how the condition arises in hopes that other treatments can be developed.

It was previously shown by others that a rare disease called generalized pustular psoriasis (in which the skin erupts into pustules) was caused by a genetic mutation that resulted in unrestrained activity of a protein normally produced in our skin, called IL-36. This, says Miller, was a clue that IL-36 might have something to do with how bacteria on the skin surface induce inflammation. So they set out to test this idea in mice. They soaked a small gauze pad with S. aureus and applied it to the back skin of normal mice and those that had been genetically engineered to lack the receptor for IL-36 that triggers inflammatory responses. Miller’s team found the normal mice developed scaly and inflamed skin, and the genetically engineered mice lacking IL-36 activity had almost no skin inflammation.

“We are very excited about these results as there is currently only a single biologic treatment targeting an inflammatory mechanism in atopic dermatitis on the market. As there are patients who don’t respond or have treatment failures, it would be better if there were biologics on the market that target alternative mechanisms involved in skin inflammation,” says Miller.

Untreated eczema can lead to other allergic conditions, including asthma, food allergies, seasonal allergies and conjunctivitis. Blocking the skin inflammation in eczema has the potential to prevent these unwanted conditions.