Hold the Phone: An Ambulance Might Lower Your Chances of Surviving Some Injuries - 09/20/2017

Hold the Phone: An Ambulance Might Lower Your Chances of Surviving Some Injuries

Gunshot and Stabbing Victims More Likely to Die if Transported to the Trauma Center by Ambulance
Release Date: September 20, 2017 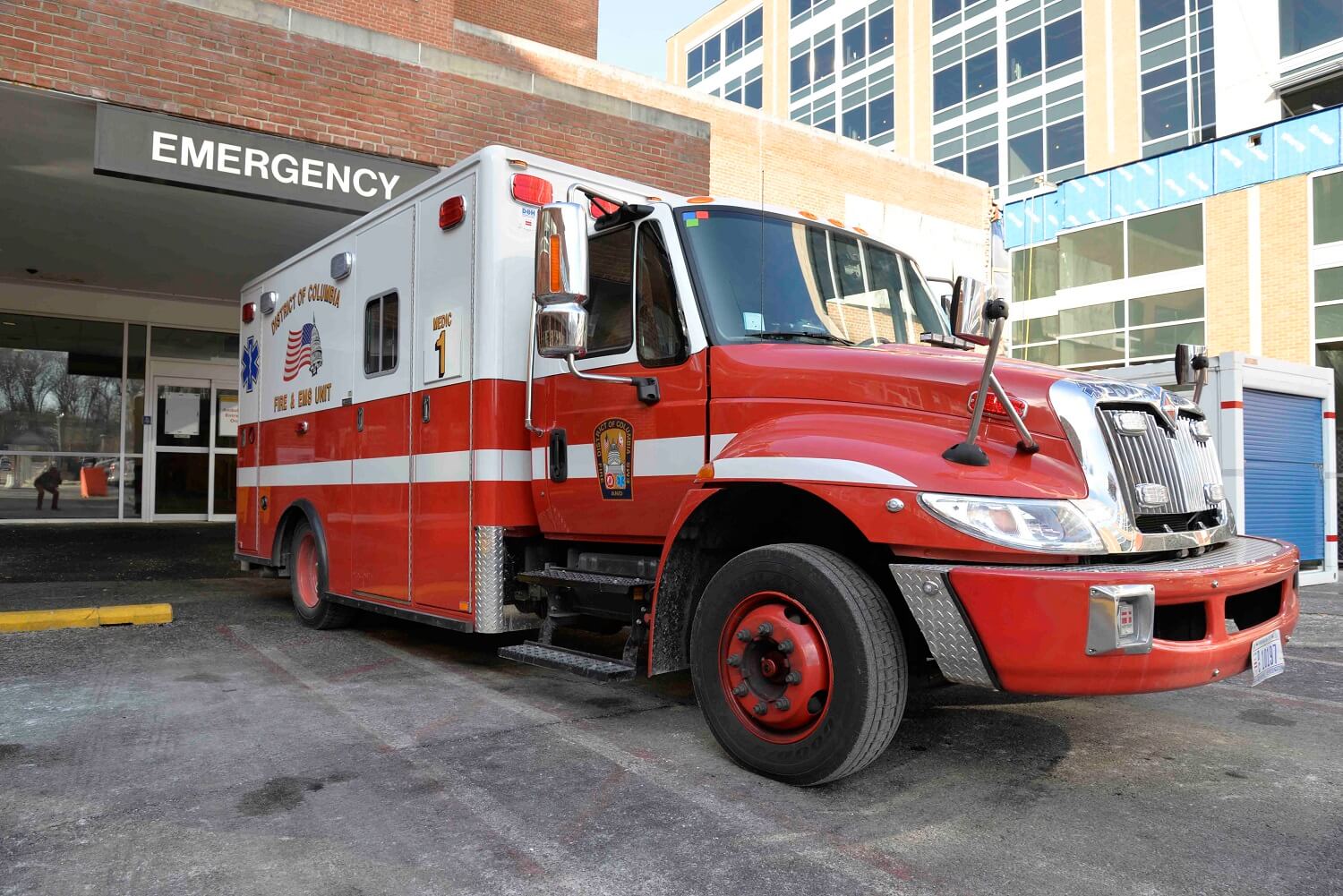 A new study finds that victims of gunshots and stabbings are significantly less likely to die if they’re taken to the trauma center by a private vehicle than ground emergency medical services (EMS).
Credit: Johns Hopkins Medicine

Victims of gunshots and stabbings are significantly less likely to die if they’re taken to the trauma center by a private vehicle than ground emergency medical services (EMS), according to results of a new analysis.

A report on the study’s findings, published Sept. 20 in JAMA Surgery, highlights the importance of studying the effects of transport, EMS services and other prehospital interventions by specific injury type.

“Time is truly of the essence when it comes to certain kinds of injuries and our analysis suggests that, for penetrating injuries such as knife and gun wounds, it might be better to just get to a trauma center as soon as possible in whatever way possible,” says Elliott Haut, M.D., Ph.D., an associate professor of surgery and emergency medicine at the Johns Hopkins University School of Medicine and the paper’s senior author.

While Haut acknowledges that more research needs to be conducted before declaring one type of transport superior to another, he says, “For certain types of injury, it might be best to call the police, Uber or a cab — however you can get to the trauma center fastest.”

Typically, policies and protocols for prehospital interventions are established at a regional or statewide trauma system level, which allows first responders such as EMTs and paramedics to determine what, if any, medical procedures should be performed prior to and during transport to the hospital, says Haut. But research studies have rarely, if ever, evaluated or compared all of the effects of system-driven prehospitalization policies, leaving ideal prehospital care strategies undefined, Haut adds.

In what the researchers believe is the first effort of its kind to do that evaluation for ambulance versus private vehicle transportation, they elected to analyze the relationship between transport mode and in-hospital mortality (death in the emergency department and prior to discharge) on a city-by-city, trauma system level.

For the study, Haut and colleagues examined data from the American College of Surgeons National Trauma Data Bank, the largest available collection of United States trauma registry data. Specifically, the team examined information already gathered on 103,029 patients at least 16 years old who entered a U.S. trauma center between Jan. 1, 2010, and Dec. 31, 2012, for a gunshot or stab wound and were transported to the trauma center by ground EMS (ambulance) or private vehicle. The data were gathered from 298 level I and level II trauma centers within the 100 most populous U.S. metro areas.

“Unlike CPR and defibrillation for heart attacks, the type of damage done in penetrating trauma often can’t be reversed in a prehospital setting. This study supports other studies that prehospital interventions can actually result in less favorable outcomes for certain types of injuries,” says Michael W. Wandling, M.D, M.S., an American College of Surgeons (ACS) Clinical Scholar in Residence, general surgery resident at the Northwestern University Feinberg School of Medicine and the study’s first author.

Other authors on this paper include Avery B. Nathens of the ACS and Michael B. Shapiro of the Northwestern University Feinberg School of Medicine.

Haut was the paid author of a paper commissioned by the National Academies of Sciences, Engineering, and Medicine titled “Military Trauma Care’s Learning Health System: The Importance of Data Driven Decision Making” which was used to support the report titled “A National Trauma Care System: Integrating Military and Civilian Trauma Systems to Achieve Zero Preventable Deaths After Injury.”