Research suggesting genetic elements from plants make it into eater’s bloodstream turns out to be a “false positive”
Release Date: June 26, 2013 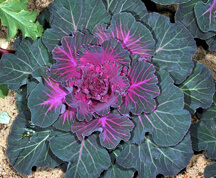 In 2011 and 2012, research from China’s Nanjing University made international headlines with reports that after mice ate, bits of genetic material from the plants they’d ingested could make it into their bloodstreams intact and turn the animals’ own genes off. The surprising results from Chen-Yu Zhang’s group led to speculation that genetic illness might one day be treated with medicinal food, but also to worry that genetically modified foods might in turn modify consumers in unanticipated ways.

Now, though, a research team at Johns Hopkins reports that Zhang’s results were likely a false positive that resulted from the technique his group used. The new study, the Johns Hopkins group says, bolsters the case of skeptics who argued that genetic material from food would have little chance of surviving the digestive system, much less crossing the intestinal lining to enter the bloodstream. The study appears in the July issue of RNA Biology.

“It’s disappointing in a sense — it would open up so many therapeutic possibilities if microRNAs from food really could get into our blood and regulate our genes,” says Kenneth Witwer, Ph.D., of the Johns Hopkins University School of Medicine’s Institute for Basic Biomedical Sciences, who led the new study. But beyond the fact that people won’t be picking up prescription lettuce at the pharmacy anytime soon, he adds, the larger lesson is that scientific research’s capacity for self-correction is alive and well.

Witwer said his group was intrigued by the earlier results, in which Zhang’s group focused on microRNAs, molecules that are a chemical cousin of DNA. Rather than storing genetic information as DNA does, their primary role is to intervene in so-called “gene expression,” the process of using genes’ blueprints to build proteins. Because they affect whether and how much genes are actually used, microRNAs wield tremendous power, Witwer notes, “so it was startling to think that microRNAs from plants could get into the bloodstream, get into tissues, and regulate genes in those tissues.”

Witwer teamed up with colleagues to check the results with a similar experiment of their own. They bought soy-based smoothies at a grocery store and tested their microRNA content, then fed the smoothies to macaques and took samples of the animals’ blood.
Knowing that the concentrations of any plant microRNAs in the blood would be too low to measure directly, they used a common technique called polymerase chain reaction (PCR) to bring up the concentration of the genetic material. PCR is designed so that only certain fragments of genetic material in a sample — the ones researchers choose to target — will be copied. Zhang’s studies had also used PCR to look for plant microRNAs.

Just as Zhang had, the Johns Hopkins team found what appeared to be the targeted plant microRNAs in the macaques’ blood. But when they ran the experiment several times, they got highly variable results: Sometimes the microRNAs were present in low concentrations, and sometimes not at all. In addition, the samples from before the macaques drank the smoothies were just as likely to have the microRNAs as were the post-smoothie samples — a result that just didn’t make sense if the source of the microRNAs was the plant material in the drinks.

To Witwer, the results indicated that what he was seeing was not the targeted plant microRNAs, but fragments of the macaques’ own genetic material that were similar enough to the targeted segments that the PCR copied them at low levels.

To test this, the team used a new technique in which PCR takes place in tiny aerosolized droplets rather than in a test tube. The advantage, Witwer says, is that by effectively running tens or hundreds of thousands of reactions at the same time, researchers can see whether the outcomes of those reactions are consistent — in other words, whether the results are meaningful or just a fluke. In this case, the results were all over the place, indicating that plant microRNAs weren’t really present.

At the same time, Witwer cautions, it remains possible that very low levels of microRNAs could enter the blood. Even if this happened, though, he says it is unlikely that such small numbers of molecules could affect gene expression. Additional studies will be needed to determine whether low-level transfer occurs and whether any plant RNAs serve a function in the body.

The study was funded by the National Center for Research Resources, the Office of Research Infrastructure Programs and the National Institutes of Health (grant number P40 OD013117).

Other authors on the paper were Melissa A. McAlexander, Suzanne E. Queen and Robert J. Adams, all of the Johns Hopkins University School of Medicine.

Related Stories:
Making Memories: How One Protein Does It

Lost Molecule Is Lethal for Liver Cancer Cells in Mice