Decision was difficult, but in the best interests of patients, he says
Release Date: November 12, 2008 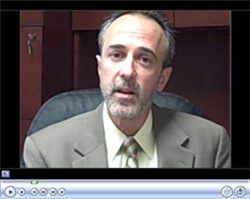 November 12, 2008 -  A Johns Hopkins cardiologist well known for his studies on the links between depression and heart attack says there is not nearly enough evidence yet to support a recent call by the American Heart Association (AHA) to begin routine screening of millions of Americans for depression.

Roy Ziegelstein, M.D., says the September 2008 recommendation is "premature," and "a massive undertaking" that would consume a vast amount of clinic staff time and effort to analyze and follow-up on the questionnaires involved in screening, without a demonstrated benefit in improving patient care.

An estimated 80 million Americans have some form of heart disease.

Reporting on a collection of more than 1,500 clinical studies from around the world, from which 17 were selected for detailed review, Ziegelstein and his colleagues point to the absence of any scientific proof that depressed heart patients live longer or fare better over the long term if they are screened for depression and treated with drugs and other therapy.

The team's report, believed to be the largest, most comprehensive review of all research in the field, is set to appear in the Nov. 12 edition of the Journal of the American Medical Association. Its publication is timed to coincide with the AHA's annual Scientific Sessions in New Orleans.

"Our analysis showed that depression screening tools worked reasonably well in identifying who is depressed and who is not, based on such symptoms as feeling blue or suddenly withdrawing from routine activities," says Ziegelstein, a professor at the Johns Hopkins University School of Medicine and its Heart and Vascular Institute.

Yet he points out that that about one in five people with depression would not be picked up by screening and fewer than half of those identified as depressed by the screening process will actually be depressed when evaluated more thoroughly.

The team also found that treating depression in people with heart disease only accounted for a 1 percent to 4 percent change in symptoms compared to those treated with placebo. Ziegelstein says this is "too low to expect meaningful benefits for many people, particularly since screening methods are not very precise in identifying people who would benefit from the treatment."

In addition, he says, before routine screening, physicians need to consider the potential for harm to people, as no studies have fully analyzed any negative impact from treatment side effects, or misdiagnosis and labeling of heart patients as depressed.

"Understandably, then, we cannot in good conscience support screening all heart patients," says Ziegelstein, vice chairman of medicine at Johns Hopkins Bayview Medical Center.
"This is a difficult call for us to make, but it is in the best interests of patients at this time," he adds.

The AHA estimates that one in four heart attack patients experiences feelings of sadness and develops a gloomy outlook as a result of the injury. Such depression more than doubles the risk of death, according to some studies.

But rather than massive, costly screening at this point, Ziegelstein says physicians need to "get to know their patients better, as real people," and to make clinical assessments of each patient's mood for signs of depression as they talk to them about other things related to their health, including exercise routines, dietary habits, and use of medications.

"Physicians can start by listening more to their patients during examinations and by not interrupting them, which research shows often happens within the first 20 seconds after patients initiate conversation," he says.

Making a diagnosis of depression is not difficult, he adds, "if they use their examination time well and ask the right questions," not focusing only on the physical issues but also on the patient's overall state of well-being and daily routine.

"Look and listen for signs of low mood or sadness, or find out if a patient has recently stopped or cut back on social contacts or things they used to do for fun," says Ziegelstein.

As part of the research review, an international team of researchers sorted over 1,500 clinical studies of depression to identify studies that looked at screening heart patients for depression, treating and monitoring them. From these, the team, led by Johns Hopkins-trained psychologist Brett Thombs, Ph.D., now an assistant professor at McGill University in Montreal, grouped together the data from 11 studies that used proven depression screening tests.

Selected screening studies covered more than 4,000 men and women, and most involved one of four commonly used questionnaires to diagnose depression. Results showed that these tests were on average 80 percent accurate in detecting people who were actually depressed.

Another half-dozen clinical trials were evaluated for the immediate health effects of drug treatment and counseling among nearly 3,000 men and women who had been screened and found to be depressed. Drug treatment mostly involved prescribing mood-raising selective serotonin reuptake inhibitors.
Researchers could not find a single study that screened heart patients for depression and then demonstrated lasting improvements to health or even a longer lifespan.

"We don't have any evidence that screening for depression will benefit people with heart disease. What we really need is more research on how best to help them adopt healthy behaviors that combat depression, such as how to stop smoking, exercise regularly and maintain a healthy weight," says Thombs.

Ziegelstein says the team's collective research will contribute to a better understanding of how depression influences heart disease. He also says it will increase physician support to broaden clinical care of depressed heart patients to include increased input from psychologists, psychiatrists and internists, as part of what he calls a more "collaborative care model" that encompasses as much care of the mind and overall body as it does the physical heart.

Funding support for Ziegelstein's research was provided by the National Center for Complementary & Alternative Medicine, a member of the National Institutes of Health, and by the Miller Family Scholar Program.