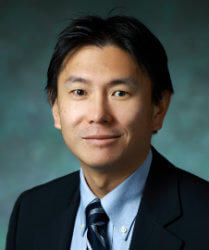 The results of their investigations in varied male and female mouse models of heart failure are so clear-cut, says lead scientist Eiki Takimoto, M.D. Ph.D., that physicians may need to take gender into consideration when prescribing certain medications and that drug developers would be wise to take them into careful account when setting protocols for clinical trials of the medication in people. An online description of the new research appears May 16 in The Journal of Clinical Investigation.

Specifically, in female mice modeling human heart failure, the benefits of sildenafil ranged from robust to practically nonexistent, depending on the animals’ levels of the hormone estrogen, says Takimoto, an assistant professor of medicine and a researcher with the Heart and Vascular Institute at Johns Hopkins. In male mice, sildenafil generally appears to work well, but only because it targets a different biological process independent of estrogen, he says. Estrogen is present in both male and female mammals, although in different amounts.

“The research is especially significant,” he adds, “because it offers a mechanism to explain how estrogen affects sildenafil’s efficacy. That’s the first time the actual pathway of a hormone’s cause and effect on a drug has been mapped out.”

Sildenafil, the generic compound used to initiate and strengthen male erections, works by encouraging blood vessels to dilate and increase blood flow to the penis. The effects are similar to some drugs, such as nitrates, already used to increase blood flow to failing hearts. Besides these effects, beneficial direct effects on heart muscles have been suggested by recent experimental studies, which is why researchers believe it could help patients with heart failure.

Heart failure is the most common reason for hospital admissions in the Medicare population, according to heart experts, and is the leading cause of death in Americans. Useful drugs such as beta-blockers and ACE inhibitors help to increase the blood-pumping efficiency of the heart, “yet they don’t fully address the ongoing pathology,” says Takimoto.

Whether due to a heart attack, hypertension, arteriosclerosis or other reasons, even moderate injury to heart muscle cells can initiate a downhill remodeling  of broad areas of heart tissue, including enlargement of the heart and stiffening of heart chambers as fibrous proteins replace more flexible ones in muscle cells. The weakened and altered heart muscle compromises circulation, a hallmark of heart failure.

“Because cardiac remodeling is an underlying mechanism,” Takimoto says, “we’ve put more than a decade of research into understanding it enough to stop or reverse it.”

Key to the Johns Hopkins team’s research, Takimoto says, is the molecule cyclic guanosine monophosphate (cGMP), which trips a helpful biochemical cascade that can counter effects of hypertension and other stressors. Heart cells typically maintain a strategic pool of cGMP, but heart-damaging events deplete this pool via the disabling action of an enzyme called PDE5. That’s where sildenafil comes in.

In 2005, Takimoto’s group studied sildenafil in mice engineered to have so-called transverse aortic constriction (TAC). A surgically-fitted band around the aorta in mice with TAC raised their internal heart pressure.

The result was cardiac remodeling, and then signs of classic human heart failure. “By increasing cGMP with sildenafil, we both blocked and reversed remodeling in the animals, ameliorating heart failure,” Takimoto says.

To better understand the protective effects of cGMP activity, Takimoto’s team focused on the tie-in with estrogen, also known to be naturally cardioprotective. Women, for example, develop heart disease much later on average than men, usually after menopause and estrogen depletion; estrogen feeds into the cGMP pathway. But this new study by Takimoto’s group used sildenafil to shed more light on the process.

The team used both the TAC model and an established, powerful, gene-based model of heart failure that together better reflected human heart failure, according to Takimoto. Half of the female mice his team tested had their ovaries removed, which meant these mice had minimal levels of estrogen. Both groups of female mice received sildenafil. As expected, all the mice developed cardiac remodeling, but those low in estrogen fared far worse. Treating the estrogen-low mice with supplements of the hormone, however, raised cGMP and reversed heart damage. “This tells us that estrogen critically impacts the response to sildenafil in heart failure treatment,” Takimoto says.

Male mice, which have naturally low amounts of estrogen, fared differently. Like the females, they had cardiac remodeling. But sildenafil alone was able to stop it.

Takimoto explains the gender effect as a difference in male-female physiology: “In female mice, their normally high estrogen levels insure presence of an ongoing pool of cGMP with its protective effects. In males, however, there’s no such pool of cGMP. It’s synthesized only in response to stress on the heart.”

“Our findings may have important clinical implications,” he and study first author Hideyuki Sasaki, M.D., Ph.D., say. They cite the RELAX trial, where half of the participants were 69 or older. That’s long after menopause started for women in the trials. “Knowing that sildenafil’s benefits to female mice come only with higher estrogen levels offers a possible reason for RELAX’s negative results,” says Takimoto.

That and the ability of added estrogen to turn around a poor sildenafil response in the mice, he adds, “suggest we need to look more into female-specific strategies with these therapies.”