Gallbladder Removal Is Common. But Is It Necessary?

Seventy percent of patients who kept their gallbladders despite biliary pancreatitis had no recurrence four years later
Release Date: April 3, 2017 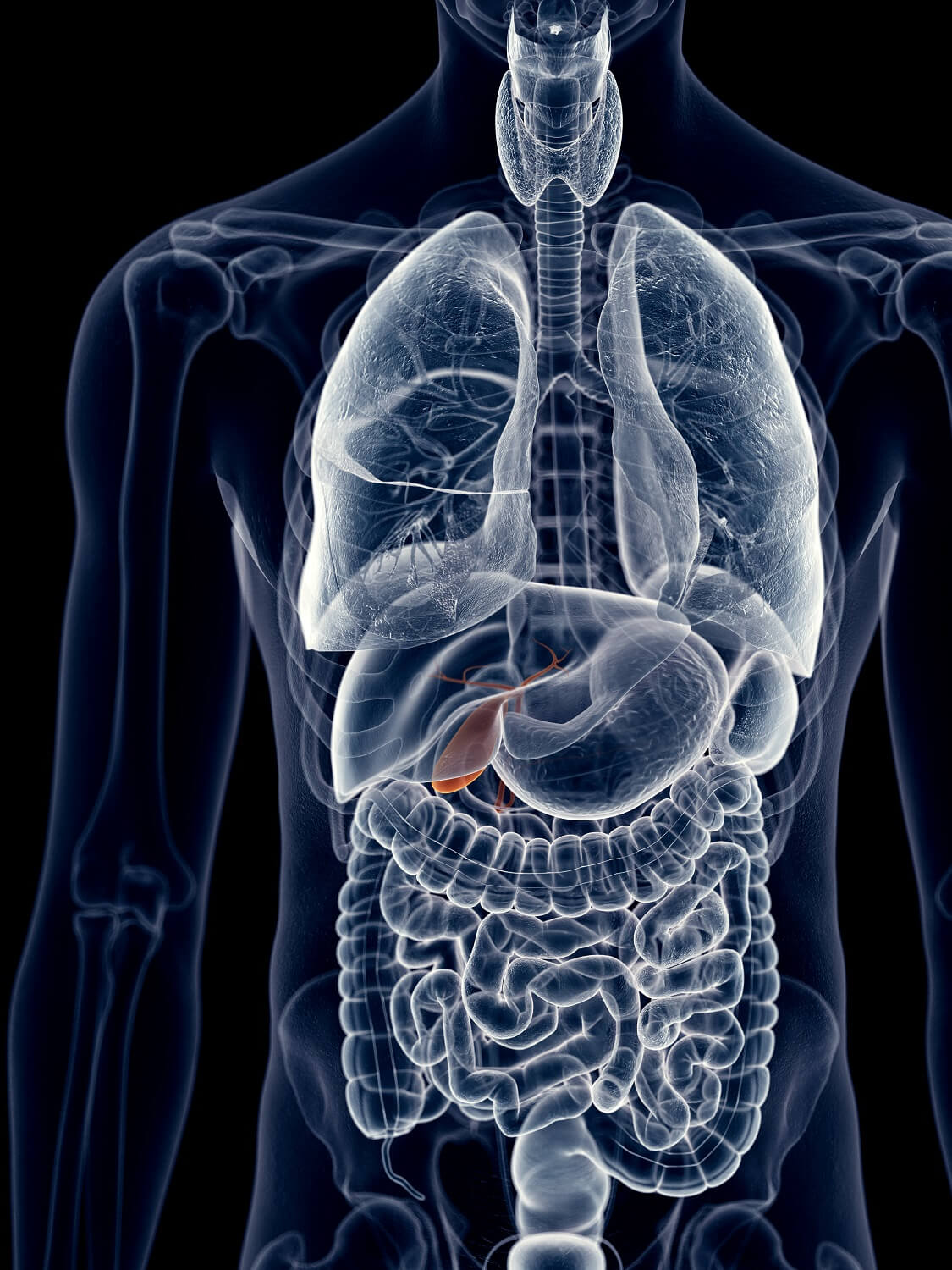 Johns Hopkins researchers say that the findings they published in the current edition of The American Journal of Gastroenterology could have important implications for the field of personalized medicine.

The study determined that while most patients who were hospitalized with acute biliary pancreatitis had their gallbladders removed, many patients who did not fared well over a four-year follow-up period.

Cholecystectomy, or surgical gallbladder removal, is the standard medical treatment for patients hospitalized for acute biliary pancreatitis, which typically is a result of gallstones. Because the risk of organ failure, sepsis and other dangerous complications increases with recurrent attacks of biliary pancreatitis, the procedure is recommended within four weeks of the initial diagnosis.

But what about patients with that condition who, for whatever reason, do not have their gallbladders removed? Seventy percent of the patients in the study who declined the surgery were not hospitalized again for pancreatitis.

“These findings tell us that there may be a way to avoid gallbladder removal surgery,” says Susan Hutfless, Ph.D., assistant professor of medicine at the Johns Hopkins University School of Medicine and principal investigator of the study.

The study was designed as the largest-ever look at adherence to the accepted medical guidelines around pancreatitis hospitalizations. The finding about patients who do not adhere was incidental.

Hutfless and the study’s lead author, Ayesha Kamal, M.B.B.S., postdoctoral fellow in the Department of Medicine at the Johns Hopkins University School of Medicine, examined a database containing information on more than 17,000 cases across the United States between 2010 and 2013. Patients in the study had private insurance and were under the age of 65. Seventy-eight percent of those patients had their gallbladders removed within 30 days of their initial hospitalization, in keeping with accepted medical guidelines. Less than 10 percent of those patients returned to the hospital with pancreatitis.

Acute pancreatitis is the nation’s third-leading gastrointestinal cause of hospitalization, resulting in more than 275,000 admissions and over $2 billion in total costs in 2012. Numerous studies have found that, in most cases, cholecystectomy prevents additional pancreatitis-related hospitalizations.

The authors list a number of barriers that could prevent people suffering from the condition to comply with physician recommendations of gallbladder removal. Lack of resources, surgeon or patient preference, and inaccurate billing coding each could be a reason why a patient with biliary pancreatitis would not undergo cholecystectomy.

But with nearly 80 percent of those patients undergoing the procedure, Kamal says the compliance numbers were unexpectedly high.

It is not clear why some noncompliant patients had recurrences and some did not. Hutfless cautions that more research is necessary before drawing any conclusions from the findings related to patients noncompliant with medical guidelines.

“This paper shows that as medicine evolves, it is important to reflect on opportunities to refine care further,” Hutfless says. “The personalization of cholecystectomy timing is still a hypothesis and would need to be tested in rigorous studies. For now, there is clear evidence that the guidelines are beneficial to patients and should be followed.”

Additional authors on the study were Eboselume Akhuemonkhan, Vikesh Singh and Anthony N. Kalloo of The Johns Hopkins University School of Medicine and Venkata S. Akshintala of the University of Pittsburgh Medical Center.