Four from Johns Hopkins Elected to National Academy of Sciences 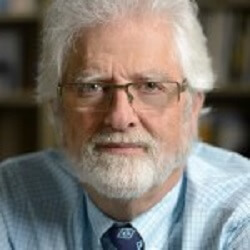 Four Johns Hopkins University faculty members are among the new scholars elected to the National Academy of Sciences in recognition of their “distinguished and continuing achievements in original research.”

The Academy chose 84 new members and 21 foreign associates from 14 countries. Those from Johns Hopkins are:

Andrew J. Cherlin, the Benjamin H. Griswold III Professor of Public Policy professor of public policy in the Department of Sociology, studies the sociology of families and public policy and has examined marriage and divorce, children’s well-being, intergenerational relations, family policy, and welfare policy. His most recent book is Labor’s Love Lost: The Rise and Fall of the Working-Class Family in America. Previously, he wrote The Marriage-Go-Round: The State of Marriage and the Family Today, and served as the principal investigator of the “Three-City Study,” an interdisciplinary study of low-income children and their caregivers in the post-welfare-reform era.

Timothy M. Heckman, the Dr. A. Hermann Pfund Professor and chairman of the Department of Physics & Astronomy, whose research has focused on the evolution of galaxies and supermassive black holes. He has authored or co-authored over 600 scholarly publications which have been cited over 28,000 times. Heckman currently chairs the Pan-STARRS1 Board, is a member of the Committee on Astronomy & Astrophysics of the National Academy of Sciences, is a member of the Space Telescope Institute Council and the James Webb Space Telescope Advisory Committee, and serves as the Johns Hopkins representative on the Subaru Prime Focus Spectrograph Steering Committee.

Kenneth W. Kinzler, professor of oncology and co-director of The Ludwig Center at Johns Hopkins Sidney Kimmel Comprehensive Cancer Center, has been recognized for his role in uncovering the genetic alterations linked to the initiation of colon cancer, one of the most common cancers worldwide; the development of novel approaches for the molecular analysis of cancer, including the study of a cancer’s “transcriptome,” referring to all of the genes that are “turned on,” or transcribed, at a particular point in time; and more recently, for his role in deciphering the genetic blueprints of many types of cancer.

Geraldine Seydoux, investigator at the Howard Hughes Medical Institute and professor in the Department of Molecular Biology and Genetics. She is being recognized for her fundamental contributions to the study of early embryo development in the worm Caenorhabditis elegans (C. elegans). In particular, Seydoux studies how single-celled embryos determine polarity—which “end” will become the head or tail of an organism since this is related to how egg and sperm precursor cells are distinguished from the rest of the body’s cells.

Seydoux and her team found that polarity is established by a structure brought into an egg by the sperm. They also discovered that, in early egg and sperm precursor cells, genes are not actively read to create proteins. Both observations have since been made in other animals, as well.

The election of Cherlin, Heckman, Kinzler, and Seydoux brings the total number of living NAS members from Johns Hopkins to 33.

A complete list of new members can be found at www.nasonline.org.

About the National Academy of Sciences

The National Academy of Sciences is a private, nonprofit institution that was established under a congressional charter signed by President Abraham Lincoln in 1863. It recognizes achievement in science by election to membership, and—with the National Academy of Engineering, Institute of Medicine, and National Research Council—provides science, technology, and health policy advice to the federal government and other organizations.