'Price Gouging' Is Worst for Minorities and Uninsured
Release Date: May 30, 2017 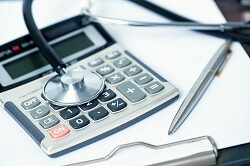 An analysis of billing records for more than 12,000 emergency medicine doctors across the United States shows that charges varied widely, but that on average, adult patients are charged 340 percent more than what Medicare pays for services ranging from suturing a wound to interpreting a head CT scan.

A report of the study’s findings, published in JAMA Internal Medicine on May 30, also notes that the largest hospitals markups are more likely made to minorities and uninsured patients.

“There are massive disparities in service costs across emergency rooms and that price gouging is the worst for the most vulnerable populations,” says Martin Makary, M.D., M.P.H., professor of surgery at the Johns Hopkins University School of Medicine and the study’s senior investigator. “This study adds to the growing pile of evidence that to address the huge disparities in health care, health care pricing needs to be fairer and more transparent,” adds Makary, whose widely published research focuses on health care costs and disparities.

For the study, Makary and his team obtained Medicare billing records for 12,337 emergency medicine physicians practicing in nearly 300 hospitals all 50 states in 2013 to determine how much emergency departments billed for services compared to the Medicare allowable amount.

The Medicare allowable amount is the sum of what Medicare pays, the deductible and coinsurance that patients pay, and the amount any third party such as the patient pays.

In addition, using the 2013 American Hospital Association database, the research team identified size, urban/rural status, teaching status, for-profit status, regional location and safety-net hospital status for each emergency medicine department whose billing data were made part of the analysis. Using the zip code for each emergency department, the researchers also estimated poverty rates, uninsured status and minority populations for those using each emergency room, based on data from the 2013 U.S. Census Bureau.

Makary and his team found that emergency departments charged anywhere from 1.0-12.6 times ($100-$12,600) more than what Medicare paid for services. On average, emergency medicine doctors had a markup ratio of 4.4 (340 percent in excess charges), or emergency medicine physician charges of $4 billion versus $898 million in Medicare allowable amounts.

Makary found that wound closure had the highest median markup ratio at 7.0, and interpreting head CT scans had the greatest within-hospital variation, with markup ratios ranging between 1.6 and 27.

For a physician interpretation of an electrocardiogram, the median Medicare allowable rate is $16, but different emergency departments charged anywhere from $18 to $317, with a median charge of $95 (or a markup ratio of 6.0). General internal medicine doctors in hospitals charged an average of $62 for the same service.

Overall, emergency departments that charged patients the most were more likely to be located in for-profit hospitals in the southeastern and Midwestern U.S., and served higher populations of uninsured, African-American and Hispanic patients.

Our study found that inequality is then further compounded on poor, minority groups, who are more likely to receive services from hospitals that charge the most,” says Makary.

While the study was limited by lack of data on facility and technical fees also charged by the hospital, as well as lack of patients’ insurance type and the actual amount patients ultimately paid, Makary says the study highlights the urgent need for legislation that will protect uninsured patients.

“This is a health care systems problem that requires state and federal legislation to protect patients. New York has passed a law that requires hospital and insurance companies to agree on a cost for the care so patients are not billed egregious amounts. Patients really have no way of protecting themselves from these pricing practices,” says Tim Xu, a fourth year medical student at the Johns Hopkins University School of Medicine and the paper’s first author.

Models such as the Maryland Waiver, Makary adds, where prices are set at the same rate no matter what hospital a patient goes to, can increase price transparency and protect patients. Currently, at least 7 states have passed some legislation to protect uninsured patients from paying so called charge master prices, a list of billable services developed and closely guarded by each hospital, noting prices that are usually highly inflated and charged mainly to uninsured and other “self pay” patients. However, Makary says a national model is necessary to unveil what is currently an inexplicably chaotic and opaque pricing system.

Other authors on this paper include Angela Park, Sarah Joo, Susan Hutfless and Ambar Mehta of The Johns Hopkins University.