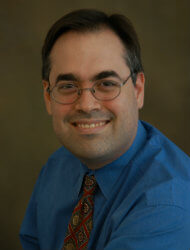 The team provided information and education to physicians about proven testing guidelines and made changes to the computerized provider order entry system at the medical center, part of the Johns Hopkins Health System. The guidelines call for more limited use of blood tests for so-called cardiac biomarkers. A year after implementation, the guidelines saved the medical center an estimated $1.25 million in laboratory charges.

In this case, part of the focus was on tests to assess levels of troponin, a protein whose components increase in the blood when heart muscle is damaged. Frequently, troponin tests are repeated four or more times in a 24-hour period, which studies have suggested is excessive, and they are often done along with tests for other biomarkers that are redundant.

In a report published June 28 in the Journal of General Internal Medicine, the research team describes how these interventions reduced overuse of troponin and other biomarker testing without compromising patient care. If adopted widely, the team says, cost savings could be substantial.

“This study has broader implications for the health care system, as most hospitals continue to redundantly test people for chest pain and other symptoms,” says report author Jeffrey C. Trost, M.D., an assistant professor of medicine, director of the cardiac catheterization laboratory and co-director of interventional cardiology at Johns Hopkins Bayview Medical Center. “Implementing our interventions could save patients and society a significant amount of money, potentially several billion dollars.”

For the study, the Johns Hopkins team set out to lower the rate at which doctors order cardiac biomarker testing for the diagnosis of acute coronary syndrome by basing the desired rate on scientific evidence.

In 2010, the researchers report, more than 17 million patients with chest pain visiting an emergency department in the United States received cardiac biomarker testing.

The new guidelines suggest ordering troponin alone, without creatine kinase or creatine kinase-MB, for patients suspected to have acute coronary syndrome. It specifies that troponin should be assessed no more than three times over 18 to 24 hours.

Internists and emergency department doctors attended informational sessions to learn the guidelines, and all received quick reference cards summarizing them.

Twelve months after the interventions, doctors’ use of the new guidelines increased from 57.1 percent to 95.5 percent and led to a 66 percent decrease in the absolute number of tests ordered. Also, there was a small but statistically significant increase in the primary or secondary diagnosis of acute coronary syndrome after the intervention period.

Lead author Marc R. Larochelle, M.D., an internal medicine resident at Johns Hopkins Bayview Medical Center during the study and now a fellow in general medicine at Harvard Medical School, says that, “Through review of available evidence and reflection on our own practice, I believe we can proactively identify many practices that may be unnecessary and wasteful. We have demonstrated proof of concept that doctors can be leaders in delivering improved value for our patients and health care systems.”

Larochelle and Trost believe that provider education and changes to the ordering system were effective in aligning physician ordering behavior with evidence-based guidelines and reducing wasteful health care spending.

This work was supported by a Putting the Charter Into Practice Grant from the American Board of Internal Medicine Foundation. Larochelle’s work was supported by the Health Resources and Services Administration (T32 HP10251, T32 HP12706), the Ryoichi Sasakawa Young Leaders Fellowship Fund and the Harvard Pilgrim Health Care Institute.