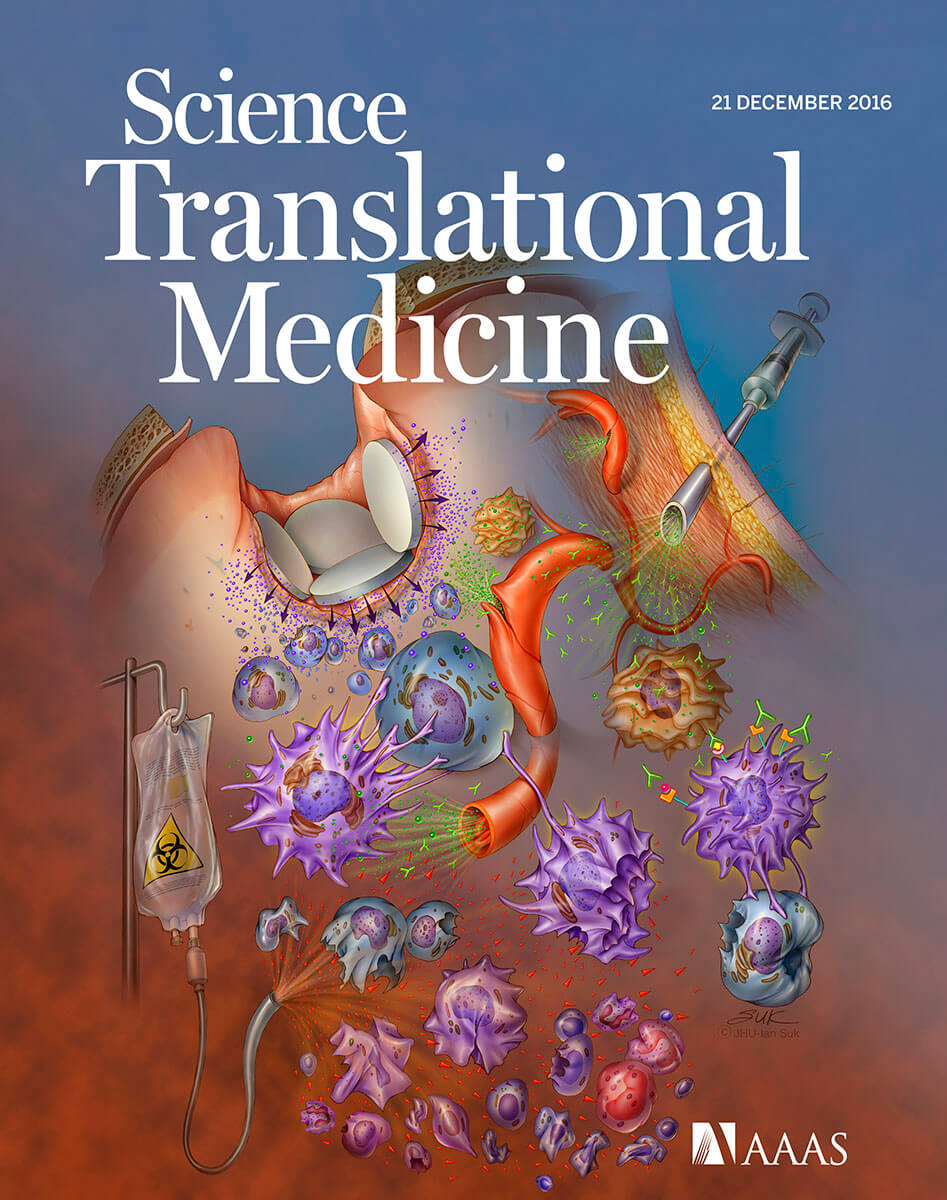 In experiments on mice with a form of aggressive brain cancer, Johns Hopkins researchers have shown that localized chemotherapy delivered directly to the brain rather than given systemically may be the best way to keep the immune system intact and strong when immunotherapy is also part of the treatment.

The researchers say their study results, reported Dec. 21 in Science Translational Medicine, could directly affect the design of immunotherapy clinical trials and treatment strategies for people with a deadly form of brain cancer called glioblastoma.

“We understand that our research was done in a mouse model and not in humans, but our evidence is strong that systemic chemotherapy alters the immune system in a way that it never fully recovers,” says Michael Lim, M.D., associate professor of neurosurgery and director of brain tumor immunotherapy at the Johns Hopkins University School of Medicine, and member of the Johns Hopkins Kimmel Cancer Center. “With aggressive cancers like glioblastoma, it is important that we don’t handicap the defenses we may need to add alternative treatments, such as immunotherapy, to chemotherapy,” he adds.

Lim’s laboratory in neurosurgery and a team from the Bloomberg~Kimmel Institute for Cancer Immunotherapy led by Drew Pardoll, M.D., Ph.D., performed their studies in a mouse with glioblastoma. In people, glioblastoma is a particularly aggressive form of cancer, with a typical survival time of just over a year after diagnosis. Current treatments include surgical removal of the visible tumor, radiation and chemotherapy. Because the disease is so lethal, even after aggressive standard treatment, neurosurgeons like Lim are looking to add newer immunotherapies that use the body’s own immune system cells to fight the tumor.

However, one challenge to immunotherapy, Lim says, has been the potential toxic effects of systemic therapies that could damage or interfere with the immune system and weaken the chances for success of immunotherapy approaches. With clinical trials being designed to integrate standard of care with immunotherapy, Lim and his team sought to create a way to accurately assess the impact of localized versus systemic chemotherapy on the immune system’s ability to stay healthy, and to see which kind of chemotherapy would actually improve survival time in the test mice.

To determine if one method of chemotherapy delivery was better over another when combined with immunotherapy, the researchers first gave a group of mice with glioblastoma clinically relevant doses the immunotherapy drug anti-PD-1 (200 milligrams per kilogram) and then treated the mice with chemotherapy either throughout the whole body or directly to the brain over two weeks.

For the whole-body, or systemic, chemotherapy, the mice were injected in their bellies with 30 milligrams per kilogram of the chemotherapy drug carmustine — the same drug used against glioblastoma in people — three times a week. Each treatment group contained 15 mice. For the local chemotherapy, the researchers directly implanted a wafer covered in molecules that bound carmustine, allowing sustained release of the drug over a week, into mice with established brain tumors.

The researchers also reversed the treatment protocols, giving the chemotherapy before the immunotherapy to see if that worked better and improved survival. They didn’t notice a difference in survival time whether the immunotherapy was given before or after the brain-specific chemotherapy.

Currently, a large number of immunotherapy trials are underway for patients with glioblastoma. There are only three immunotherapy drugs that are FDA-approved for treating other types of cancer, and they cost over $100,000 annually.

The study was funded by Arbor Pharmaceuticals and other philanthropy, including funds from Agenus, Altor, BMS, Immunocellular, Celldex and Accuray.

Lim is a consultant for Agenus, BMS, Merck, Oncorus, Accuray and Stryker. The study authors hold a patent and have applied for a second one for the concept of combining local chemotherapy and immunotherapy.