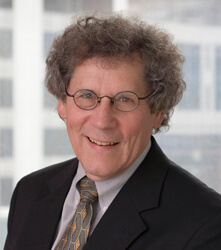 David Valle, M.D., has been named the 2014 recipient of the Victor A. McKusick Leadership Award from the American Society of Human Genetics (ASHG). The award recognizes those whose professional achievements have fostered and enriched the development of human genetics as well as its assimilation into the broader context of science, medicine and health.

Valle is the Henry J. Knott Professor and Director of the McKusick-Nathans Institute of Genetic Medicine at the Johns Hopkins University School of Medicine. He is also a professor of pediatrics, ophthalmology, and molecular biology and genetics. He has been directly involved in training more than 500 students, fellows and clinical residents, and has served as director of the Predoctoral Training Program in Human Genetics for over 25 years. He has published more than 225 papers and 40 book chapters and is the senior editor of a widely used textbook, The Metabolic and Molecular Bases of Inherited Disease. He is a member of the Institute of Medicine of the National Academies and an American Association for the Advancement of Science Fellow.

Valle is interested in the genetic contributions to health and disease. He is the founding director of the Johns Hopkins Center for Inherited Disease Research. Over the years, his laboratory has discovered the genetic causation for more than 20 diseases, including those responsible for inborn errors of metabolism, inherited retinal degeneration, disorders of cellular organelle biogenesis and genetic variations that contribute risk for common disorders such as schizophrenia.

The American Society of Human Genetics will present Valle with the McKusick Leadership Award on Monday, Oct. 20, during its annual meeting in San Diego. The award will include a plaque and a $2,500 prize.