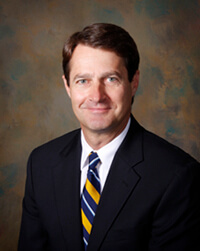 David W. Eisele, M.D., has been appointed the new director of Otolaryngology—Head and Neck Surgery at The Johns Hopkins Hospital and the Andelot Professor of Laryngology and Otology at the Johns Hopkins University School of Medicine. He will begin his tenure on March 1, 2012.

Dr. Eisele, who currently serves as the chairman of the Department of Otolaryngology—Head and Neck Surgery at the University of California, San Francisco, was formerly a faculty member in the same Johns Hopkins department from 1988 to 2001. During his time at Hopkins, he held appointments not only in otolaryngology–head and neck surgery, but also in oncology, and anesthesiology and critical care medicine. He was a recipient of the George Nager Resident Teaching Award, given for excellence in teaching otolaryngology—head and neck surgery.

Dr. Eisele specializes in surgery for malignant and benign tumors of the head and neck, with special interest in salivary gland neoplasms and disorders. In addition to the chairmanship at UCSF’s Department of Otolaryngology–Head and Neck Surgery, he is the director of the UCSF Head and Neck Cancer Program and the president of the UCSF Medical Staff.

Originally from Florida, Eisele received his undergraduate degree from Dartmouth College and his medical degree from Cornell University Medical College. He completed residency training at the University of Washington. He has published more than 140 research papers and edited several books related to head and neck surgery.

“Dave developed a sterling reputation as a clinician, prodigious researcher and superb teacher—which was why the University of California, San Francisco, recruited him away in 2001,” says Edward D. Miller, M.D., dean of the medical faculty at the Johns Hopkins University School of Medicine and CEO of Johns Hopkins Medicine. “We’re delighted that he’s ‘coming home.’”

“I am privileged to have been given this great opportunity to return to Johns Hopkins and to lead the top department of otolaryngology – head and neck surgery in the world,” Eisele says.

For more information, go to:
http://www.hopkinsmedicine.org/otolaryngology/