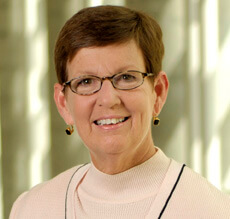 Stephanie Reel, Johns Hopkins University Vice Provost and Chief Information Officer (CIO) of Information Technologies and Vice President and CIO of Information Services for Johns Hopkins Medicine, has been inducted into CIO Magazine’s CIO Hall of Fame. According to the magazine, this honor is bestowed on a select group of established IT executives and visionaries who have had a significant impact on the field of IT.

“The CIO Hall of Fame is our most prestigious individual award, honoring a widely respected, high-impact IT career of distinguished achievement," says Editor-in-Chief Maryfran Johnson. "The men and women inducted into our Hall of Fame since 1997 represent the most outstanding examples of CIOs worldwide. They have advanced the status of the CIO profession, shown courage and innovative spirit in transforming business with technology, and inspired the next generation of IT leaders."

As CIO, Reel leads the implementation of the strategic plan and operational redesign for information services, networking, telecommunications, as well as clinical, research and instructional technologies. She formed a governance structure to support funding and priority setting across both the university and health system to meet the education and research needs of the enterprise.

Reel was appointed in 2009 to President Obama’s Council of Advisors on Science and Technology. She was named one of Maryland’s Top 100 Women in 2008 by the Daily Record, and recognized as the Alumna of the Year by the University of Maryland Baltimore County in 2008. She was named CIO of the Year 2000 by the College of Healthcare Information Management Executives (CHIME) and is the 2002 recipient of the National CIO 20/20 Vision Leader Award. She is a member of the Healthcare Information Management and Systems Society, the Healthcare Advisory Council, the American Medical Informatics Association, and EDUCAUSE.

Reel is also a member of the College of Healthcare Information Systems Executives and serves on the faculty of CHIME’s CIO Boot Camp. She is a frequent panel chair and moderator at the World Health Care Congress and an editorial advisory board member of Health Care Informatics. She served as an adviser to the National Academy’s Institute of Medicine to assess the adoption and implementation of Health IT Standards by the DHHS. In addition, she co-chairs the IT Roundtable of the Academic Health Centers’ Clinical Research Forum and serves on the Advisory Board of UMBC’s College of Engineering and Information Technology.

Reel is a member and past president of the Healthcare Information Systems Executive Association. She graduated from the University of Maryland with a degree in information systems management and holds an M.B.A. from Loyola College in Maryland.