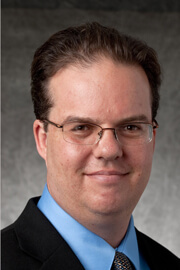 Johns Hopkins scientists have published laboratory data refuting studies that suggest blood vessels that form within brain cancers are largely made up of cancer cells.  The theory of cancer-based blood vessels calls into question the use and value of anticancer drugs that target these blood vessels, including bevacizumab (Avastin).

“We don’t question whether brain cancer cells have the potential to express blood vessel markers and may occasionally find their way into blood vessels, but we do question the extent to which this happens,” says Charles Eberhart, M.D., Ph.D., chief of neuropathology at the Johns Hopkins University School of Medicine.  “In general, we find no evidence in our study that these vessels contain substantial amounts of cancer cells.”

Eberhart, professor of pathology, ophthalmology and oncology at Johns Hopkins, said he first encountered claims about the cancerous nature of tumor blood vessels about a year ago when he was invited to join students at a journal club meeting, a forum for discussing studies published in medical journals.  “My first reaction to this research was ‘How could this be true?’” says Eberhart. “Our clinical experience examining tissue from brain cancers does not support it.”

Studies have long demonstrated that malignant brain tumors contain large numbers of blood vessels to feed their growing demand for nutrients. The blood vessels are formed when tumors pump out growth factors that increase vessel production. Such studies opened the door to treatment strategies that specifically targeted blood-vessel growth and the vessel cells themselves.

More recently, scientists in Italy and the Memorial Sloan Kettering Cancer Center in New York published results of studies suggesting that these tumor blood vessels are made by primitive types of brain cancer cells that are a form of stem cells.  In their studies, they found tumor markers on blood vessel cells in 20 to 90 percent of their brain cancer samples.  The U.S./Italian research teams said their findings also suggested that the cancerlike blood vessels were more prone to drug resistance, potentially explaining why drugs like bevacizumab yield tumor-shrinking responses, but only for short periods. Bevacizumab is currently approved by the U.S. Food and Drug Administration for use in patients with colorectal, lung, kidney and brain cancers.

Eberhart said pathologists, including those who work on brain tissue, use certain tissue-based techniques to distinguish cancer cells from normal ones.  When evaluating specimens of brain tissue removed during surgery for suspected cancer, he said, most pathologists agree that blood vessel cells in these specimens consistently lack the molecular changes associated with cancer cells, according to Eberhart.  In fact, they often use these blood vessel cells as “normal controls” to compare with potentially cancerous ones.

After the journal club experience, Eberhart teamed up with fellow neuropathologist Fausto Rodriguez, M.D., and colleagues at the Dana Farber Cancer Institute and Harvard Medical School in Boston to look more closely at the molecular features of blood vessel cells in brain cancer samples.  They tested more than 100 samples from patients at Johns Hopkins and Dana Farber for EGFR and IDH1 markers, two common genes altered in brain cancer.

“We also used a marker called CD34 to differentiate vascular [blood vessel] cells from other types of cells,” says Rodriguez, assistant professor of pathology at Johns Hopkins.  The research teams found no more than 10 percent of their samples contained vascular cells with EGFR or IDH1 cancer markers, and in those rare tumor samples, only a few cells exhibited those markers.  The Johns Hopkins-Dana Farber-Harvard team tested all parts of the vessel walls for presence of the cancer markers.

Results of the team’s laboratory experiments were published in the online journal Oncotarget in January.

Although the two groups used different markers to identify vessel cells, Rodriguez says “there is no marker that is absolute for each cell.”

Eberhart and Rodriguez noted that the U.S./Italian research teams focused mainly on cell-by-cell research techniques in dissociated specimens to evaluate cancer markers, losing associations that can be made by looking at a cell’s shape and physical relationship within clusters of cells.  The Johns Hopkins and Dana Farber researchers conducted studies examining cells in intact tissue.

“Pathologists with extensive experience in examining cells become accustomed to quickly identifying a blood vessel cell from a normal cell, and we can gain a lot of information when we look at how cells connect with other cells in real-life examples,” notes Rodriguez, who says that his team’s findings could potentially apply to any cancer thought to contain stem cells.

In addition to Eberhart and Rodriguez, the research team included Brent Orr from Johns Hopkins and Keith Ligon from the Dana Farber Cancer Institute/Harvard Medical School.

Funding for the study was provided by a National Institutes of Health postdoctoral fellowship (T32CA067751) to Orr and a grant (5R01NS055089) to Eberhart.