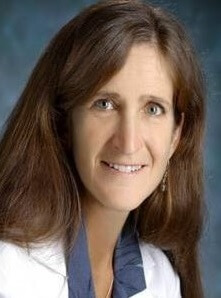 Argye Hillis, M.D., a professor of neurology at the Johns Hopkins University School of Medicine, is serving on a team of researchers from several institutions who will use an $11 million grant from the National Institutes of Health to study stroke recovery. In particular, the researchers will study how to improve the lives and skills of those whose ability to speak, write, read and understand language has been affected, a condition called aphasia.

Hillis is the director of the clinical core of the Center for the Study of Aphasia Recovery and the primary investigator of project 2, “Effects of Transcranial Direct Current Stimulation (tDCS) Plus Language Therapy for Naming in Subacute Left Hemisphere Stroke.” In this project, she and her team will investigate the effects of electrical brain stimulation during language therapy for word retrieval in post-stroke aphasia, beginning in the first three months after stroke.

Word retrieval difficulties are common after left-hemisphere stroke. Language therapy has been used to improve word retrieval in chronic aphasia with encouraging but modest results, Hillis says. Recent therapies that combine behavioral and brain stimulation methods, such as tDCS, may prove to be more beneficial than language therapy alone early after stroke as well.

The Hillis team will investigate whether and how tDCS, when administered in combination with behavioral language therapy targeting word retrieval, will improve naming performance of individuals with post-stroke aphasia more than behavioral language therapy alone. The team will also find out if improvements are sustained over time and affect other language and cognitive functions. Second, the researchers will investigate, using functional magnetic resonance imaging (fMRI), whether there are greater changes in brain activation that correlate with improved performance in word retrieval in individuals who receive tDCS compared to those who do not. Finally, they will evaluate the effects of certain medications on responsiveness to treatment.

Study results may help optimize future interventions in individuals with word retrieval deficits due to post-stroke aphasia by providing novel and effective treatment alternatives that may improve the quality of life for such individuals, Hillis says. Besides the clinical importance of the project, a better understanding of therapeutic alternatives using brain stimulation will shed light on the mechanisms of recovery after stroke, she adds.