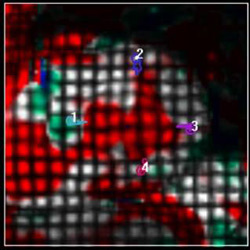 Researchers at Johns Hopkins have evidence to explain why the supposedly natural act of aging is by itself a very potent risk factor for life-threatening heart failure.

In a study to be presented Nov. 4 at the American Heart Association’s (AHA) annual Scientific Sessions in Orlando, Fla., the Hopkins team analyzed more than a half-dozen measurements of heart structure and pumping function to assess minute changes in the hearts of 5,004 men and women, age 45 to 84, of different ethnic backgrounds and with no existing symptoms of heart disease.

Researchers found that each year as people age, the time it takes for their heart muscles to squeeze and relax grows longer, by 2 percent to 5 percent.

Test results were obtained from study participants who had undergone high-tech magnetic resonance imaging of the heart - tagged MRI - which measures individual muscle segment changes with each heartbeat.

The findings, researchers say, offer insight into the root causes of heart failure.  They are especially valuable now as millions of baby boomers in America move into their 60s, a time when most signs and symptoms of heart problems first appear.

Estimates show that more than 5 million Americans have some from of congestive heart failure, marked by symptoms such as shortness of breath and fatigue.

“Our results demonstrate just how the heart plays a losing game of catch-up as people age,” says Susan Cheng, M.D., a former medicine resident at Hopkins who led the study.  “It’s an amazing piece of the puzzle of heart failure that finally singles out the effects of age over better-known risk factors such as high blood pressure in otherwise healthy people and regardless of race.”

“We already knew that the heart is constantly trying to adapt to risk factors, but now we know that this task gets more difficult as the heart ages and loses a little bit of its pumping capacity every year,” says Cheng, now a cardiology fellow in Boston.

She says the findings could lead to diagnostic tests to identify those whose hearts are aging faster than others, enabling preventive drug therapy, pacemakers, or lifestyle changes to slow or even reverse the deleterious effects.

Hopkins cardiologist João Lima, M.D., the senior study investigator, says effects of aging have been hard to determine because of inherent flaws in using standard criteria to assess heart function.  The current gold standard, he says, is the heart’s ejection fraction, a ratio of the amount of blood pumped out with each heartbeat to the total volume of blood available for pumping.  An ejection fraction of 50 percent to 65 percent is considered normal.

Study results showed that ejection fraction actually rose by 0.01 percent with every year.  But Lima calls this figure misleading because the total amount of blood available for pumping, the bottom number in the ratio, decreases as the size of the heart cavity shrinks and heart walls thicken, falsely boosting test results when heart function is actually failing.

When researchers separated the numbers, the actual amount of blood pumped out by the heart fell by 8 milliliters per year, says Lima, an associate professor at The Johns Hopkins University School of Medicine and its Heart Institute.

The flaw in using ratios, he notes, also helped to mask the gradual shrinkage of heart muscle mass.  Researchers found that heart muscle mass declined by on average 0.3 grams per year.  This occurred even though heart wall thickness had expanded and despite an increase in another standard measure of heart function, the ratio of left ventricular mass to blood volume, which went up by 5 milligrams per milliliter each year.

Lima says it’s important not to be misled by existing tests for heart function, especially ejection fraction ratios, when diagnosing patients.  He points out that almost half of the 550,000 Americans newly diagnosed each year with heart failure - mostly women over age 50 - have a non-systolic form, in which the ejection fraction appears the same, even though heart function is declining.  “Age could be the deciding factor in determining who gets this kind of heart failure,” he says.

“This study highlights how the aging heart’s anatomy and function change hand in hand over time, similar to arteries stiffening, bones weakening from loss of calcium, and kidney function declining,” says Lima.  “Physicians and patients need to recognize it as a process that can be accelerated by risk factors or possibly slowed down by healthy lifestyle choices and sound medical care.”

The next step, researchers say, is to look for so-called biological markers, usually blood proteins, which can track the effects of the aging process on heart shape and function and to measure these markers, so that a test specific to aging of the cardiovascular system can be developed.

Study participants from six centers across North America were drawn from a larger pool of 7,000 ethnically diverse adults, including African Americans, Chinese Americans, Caucasians and Hispanics - all monitored to see who develops heart failure.  Started in 2000, the Multiethnic Study of Atherosclerosis (MESA) is set to run for another six years. It is the first large-scale analysis of racial or ethnic differences in heart function.  So far, 79 study participants have developed congestive heart failure.

Besides Lima and Cheng, other Hopkins investigators involved in this study were Verônica Fernandes, M.D., Ph.D.; and David Bluemke, M.D., Ph.D.  In recognition of her research, Cheng is among the finalists nominated to receive the distinguished Samuel L. Levine Award for young investigators at the AHA conference.