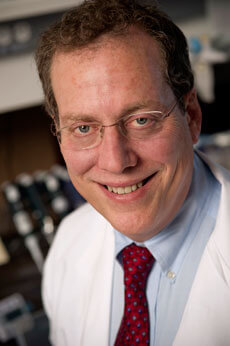 1 2
Andrew P. Feinberg, M.D., M.P.H will receive an honorary degree from the Karolinska Institutet of Sweden.

Andrew P. Feinberg, M.D., M.P.H., King Fahd Professor of Molecular Medicine and director of the Center for Epigenetics, will receive the honorary doctorate from the Karolinska Institutet of Sweden during a ceremony in the Stockholm City Hall on May 7.

Craig Montell, Ph.D, professor of biological chemistry and member of the Center for Sensory Biology at Johns Hopkins, received his degree from the Katholieke Universiteit Leuven in Belgium on Friday, March 26.

For more than a quarter century, Feinberg has been investigating how genetic factors outside human nuclear DNA, or “epigenetic” phenomena, are related to human disease, having done the first experiments on the epigenetics of cancer in the early 1980s. More recently, he has been leading a group in the study of the epigenetics of human complex traits with a Center of Excellence in Genome Sciences (CEGS) award from the Genome Research Institute of the NIH.

In addition to directing the Center for Epigenetics at Hopkins, Feinberg has been an adjunct professor at Karolinska Institutet and contributed to its formation of an epigenetic profiling platform at its Center for Molecular Medicine. The Board of Research of Karolinska stated, “Professor Feinberg’s work saves lives and he personally encourages other researchers to push the boundaries of knowledge in biology and medicine.”

Craig Montell, of the Center for Sensory Biology, joined the Johns Hopkins faculty in 1988 and a year later, published a seminal paper on the cloning of the gene encoding the founding TRP channel in the fruit fly. In 1995 Montell reported the identification of human TRP proteins. The various members of the TRP family of proteins have transformed our understanding about how animals, ranging from insects to humans, detect a broad array of sensory stimuli.

“The research community at Johns Hopkins is proud that both Andy and Craig have received such honors,” says Stephen Desiderio, M.D., Ph.D., director of the Johns Hopkins Institute for Basic Biomedical Sciences. “Each has contributed significantly over the years to his respective field as well as to the scientific enterprise at Hopkins and this recognition of their work is much deserved.”