Rifapentine is already approved for use in humans
Release Date: December 17, 2007 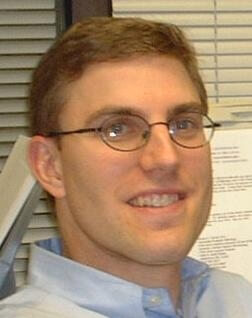 It has no current market, not even a prescription price.  Its makers stopped commercial production years ago, because demand was so low.  But an antibiotic long abandoned as a weak, low-dose treatment for tuberculosis (TB) may have found renewed purpose, this time as a potent, high-dose fighter against the most common and actively contagious form of the lung disease.

“Rifapentine is back,” says Johns Hopkins infectious disease specialist Eric Nuermberger, M.D., whose studies in mice, to be published in the Public Library of Science journal PLoS Medicine online Dec. 17, have found it so promising as an initial treatment for active TB that clinical trials are scheduled to begin next year in at least eight countries.

The mouse studies showed that substituting higher and daily doses of rifapentine for another antibiotic, rifampin, cured mice two to three times faster than the much older, standard regimen of drugs that includes rifampin.  Researchers say if tests in people confirm the findings in mice, the average time to clear the potentially fatal bacterial infection could be reduced from six months to three or less.

“People infected with TB are desperate for better therapies to combat the infection, therapies that can work more quickly and thus limit its chances to spread,” says Nuermberger, who headed the team of researchers from Hopkins and elsewhere.  “And having the ability to more effectively treat the most common form of the disease, so-called drug-susceptible TB, is a key step in holding off multidrug-resistant strains from developing, too.”

“It’s a huge advantage to have a drug that’s already government approved and an equally great surprise to know that it was there all the while,” says Nuermberger, an assistant professor at The Johns Hopkins University School of Medicine.  He says that phase II clinical trials will begin as quickly as possible by mid-2008 to gauge the effectiveness of rifapentine as a key component to daily, anti-TB drug regimens.

The nonprofit Global Alliance for TB Drug Development (GATB) estimates that worldwide, more than 9 million people are infected with the highly contagious and active form of TB, caused by Mycobacterium tuberculosis; experts say another 424,000 are infected with the more dangerous, multidrug-resistant form of the disease.

Most of the antibiotics currently used to treat TB, Nuermberger notes, were developed in the 1950s or 1960s, and few new medications have appeared since.

Rifapentine, approved by the U.S. Food and Drug Administration in 1998 for treating widespread, drug-susceptible TB, was initially developed as a less cumbersome, once-weekly tablet.  But the drug “was never really considered effective in low doses when compared to the gold standard, daily, high-dose regimens with rifampin,” says Nuermberger.  Rifampin (sold as Rifadin and Rimactane) was F.D.A. approved in 1968.

The potential for shortened treatment times follows an advance by the team’s top scientist, Richard Chaisson, M.D., director of Hopkins’ Center for TB Research, in October.  Chaisson and his group showed that moxifloxacin (Avelox), another antibiotic, when substituted for ethambutol (Myambutol), may cut treatment times from six months to four.

Nuermberger and his team investigated the high-dose potential of rifapentine because the drug was in the same class of drugs as rifampin, which is part of the standard antibiotic cocktail of rifampin, pyrazinamide, and isoniazid, a triple drug combo sold as Rifater, or with moxifloxacin in place of isoniazid.

Given as part of Directly Observed Therapy Short-Course, or DOTS for short, because the drugs are usually given in direct view of a caregiver to ensure compliance, the regimen requires several daily doses for six to nine months.  DOTS cures 95 percent of those treated, but the lengthy treatment period has proven a problem for patients, who sometimes miss taking their drugs on time, minimizing the therapy’s effectiveness.

In the new study, Nuermberger and his team tested seven different combinations of antibiotic drugs in hundreds of mice infected with active TB.  Some were treated with the standard DOTS regimen, daily Rifater, while others took rifapentine in place of rifampin.  Rifapentine, in daily amounts similar to what an adult human would take (600 milligrams), was also tested separately in combination with moxifloxacin- or isoniazid-based DOTS regimens.

Blood and tissue testing were done over a six month period to see how quickly each drug combination rid the body of active TB.  Treated mice were also tested three months later to check against any potential for relapse.

After 10 weeks of drug therapy, mice taking rifapentine and moxifloxacin tested negative for active TB and remained so when retested three months later.  Those treated with rifapentine and isoniazid also tested clear of the bacterium by 10 weeks, but were at least 10 percent more likely to relapse unless treatment persisted for another month.  Meanwhile, the traditional DOTS regimen mostly took the full six months to work.

Results showed a distinct advantage in using rifapentine over rifampin, with rifapentine having remained in the blood in three times higher concentrations throughout treatment, indicating the drug’s “longer-lasting action,” says Nuermberger.

Two clinical trials are scheduled to study high-dose and daily combinations with rifapentine.  The first is being spearheaded by Chaisson and will take place in Brazil.  The second will be led by Hopkins researcher Susan Dorman, M.D., and scientists from the U.S. Centers for Disease Control and Prevention, and will study those infected in 40 cities in six countries around the world.

Nuermberger and colleagues conducted their research with funding from the U.S. National Institute of Allergy and Infectious Diseases, a member of the National Institutes of Health.  Bayer donated supplies of moxifloxacin, and Sanofi Aventis donated supplies of rifapentine for the study, which started in early 2006 and took
nearly a year to finish.

Besides Nuermberger and Chaisson, other researchers from Hopkins involved in this study, led by Ian Rosenthal, Ph.D., were Ming Zhang, M.S.; Kathy Williams; Sandeep Tyagi; William Bishai, M.D., Ph.D.; and Jacques Grosset, M.D.  Additional assistance was provided by Charles Peloquin in Denver; and Andrew Vernon in Atlanta.
Bishai has previously received research support from Bayer and currently has a grant pending with Schering-Plough, which markets moxifloxacin.  He has also previously received grants from Hoechst Marion Rousel, now owned by Sanofi Aventis.  Chaisson has also received study funding from Bayer and Sanofi Aventis for this and other studies.

For additional information, go to: