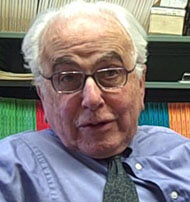 A small, pilot study in 50 people in Japan suggests that eating two and a half ounces of broccoli sprouts daily for two months may confer some protection against a rampant stomach bug that causes gastritis, ulcers and even stomach cancer.

Citing their new “demonstration of principle” study, a Johns Hopkins researcher and an international team of scientists caution that eating sprouts containing sulforaphane did not cure infection by the bacterium Helicobacter pylori (H. pylori). They do not suggest that eating this or any amount of broccoli sprouts will protect anyone from stomach cancer or cure GI diseases.

However, the study does show that eating a daily dose of broccoli sprouts reduced by more than 40 percent the level of HpSA, a highly specific measure of the presence of components of H. pylori shed into the stool of infected people. There was no HpSA level change in control subjects who ate alfalfa sprouts. The HpSA levels returned to pretreatment levels eight weeks after people stopped eating the broccoli sprouts, suggesting that although they reduce H. pylori colonization, they do not eradicate it.

“The highlight of the study is that we identified a food that, if eaten regularly, might potentially have an effect on the cause of a lot of gastric problems and perhaps even ultimately help prevent stomach cancer,” says Jed W. Fahey, M.S., Sc.D., an author of the paper who is a nutritional biochemist in the Lewis B. and Dorothy Cullman Cancer Chemoprotection Center at the Johns Hopkins University School of Medicine.

The discovery that sulforaphane is a potent antibiotic against H. pylori was reported in 2002 by Fahey and colleagues at Johns Hopkins. “Broccoli sprouts have a much higher concentration of sulforaphane than mature heads,” Fahey explains, adding that further investigation is needed to affirm the results of this clinical trial and move the research forward. The study, published April 6 in Cancer Prevention Research, builds on earlier test-tube and mouse studies at Johns Hopkins and elsewhere about the potential value of sulforaphane, a naturally occurring biochemical found in relative abundance in fresh broccoli sprouts. Sulforaphane appears to trigger cells in the body, including in the gastrointestinal tract, to produce enzymes that protect against oxygen radicals, DNA-damaging chemicals, and inflammation.

In the new report, the team also shows that when H. pylori-infected mice sipped broccoli-sprout smoothies for eight weeks, there was up to a fourfold increase in the activity of two of these key enzymes that protect cells against oxidative damage. In addition, the number of Helicobacter bacteria in the mice’s stomachs decreased by almost a hundredfold it did not change in infected control animals that drank plain water. The researchers also noted a greater than 50 percent reduction in inflammation of the primary target of this bacterium – the body of the stomach – in treated mice but not in controls.

In a related experiment, the team fed the same dose of broccoli sprouts for the same amount of time to H. pylori-infected mice that had been genetically engineered to lack the Nrf2 gene that activates protective enzymes. “These knock-out mice didn’t respond,” Fahey says, which confirms previous findings for a role of Nrf2 in protection against H. pylori-induced inflammation and gastritis.

Classified a carcinogen by the World Health Organization, H. pylori is a gastrointestinal tract germ that manages to thrive in the lining of the stomach despite the strength of natural acids there that rival that of car batteries. Afflicting several billion people – roughly half of the world’s population – this corkscrew-shaped bacterium has long been associated with stomach ulcers, which now are frequently cured by antibiotics. Research strongly suggests that the bacteria also are linked to high rates of stomach cancer in some countries, that strains resistant to standard antibiotics are prevalent, and that multiple courses of standard antibiotics do not always eliminate the infection.

Working in Japan where there is high incidence of chronic H. pylori-infection, the research team gave 25 H. pylori-infected subjects two and a half ounces (70 grams) per day of broccoli sprouts for two months. Another 25 infected people consumed an equivalent amount of alfalfa sprouts which, although rich in phytochemicals, don’t contain sulforaphane.

The researchers assessed the severity of Helicobacter infection at the start of the study, after four and eight weeks of treatment, and again eight weeks after intervention was stopped. They used breath tests to assess colonization by H. pylori bacteria and blood tests to judge the severity of inflammation in the stomach lining; in addition, they looked for antigens in stool samples to help determine the extent of the infections.

“We know that a dose of a couple ounces a day of broccoli sprouts is enough to elevate the body’s protective enzymes,” Fahey says. “That is the mechanism by which we think a lot of the chemoprotective effects are occurring.

“What we don’t know is whether it’s going to prevent people from getting stomach cancer. But the fact that the levels of infection and inflammation were reduced suggests the likelihood of getting gastritis and ulcers and cancer is probably reduced.”

In disclosure of a potential conflict of interest, Fahey is a cofounder of, but holds no equity in, a company that is licensed by The Johns Hopkins University to produce broccoli sprouts. A portion of the proceeds is used to help support cancer research, but no such funds were provided to support this study.

“It’s exciting that a chronic bacterial infection that poses great hazards to hundreds of millions of people globally can be ameliorated by a specific dietary strategy,” says Paul Talalay, M.D., John Jacob Abel Distinguished Service Professor of Pharmacology and Experimental Therapeutics and director of the Lewis B. and Dorothy Cullman Cancer Chemoprotection Center at Johns Hopkins’ Institute for Basic Biomedical Sciences.

Talalay directs the lab where, in 1992, his team discovered the health-promoting properties of sulforaphane. A longtime proponent of cancer prevention and chemoprotection, Talalay eats fresh broccoli sprouts regularly, as does Fahey.

“I like them,” Fahey says. “I eat them all the time, but not every day. Variety is the spice of life: I eat blueberries on the other days.”

Related Stories:
Paul Talalay and Jed Fahey of Pharmacology and Molecular Sciences on the virtues of eating more vegetables

More Reasons to Eat Those Vegetables