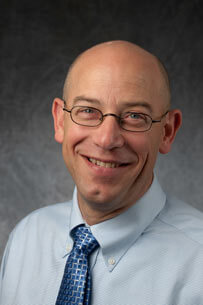 A committee of scientists led by Johns Hopkins investigators has published a new guide to the biology, diagnosis and treatment of lung cancer in never-smokers, fortifying measures for what physicians have long known is a very different disease than in smokers.

"It is becoming increasingly clear that the genetic, cellular, and molecular nature of lung cancer in many never-smokers is different from that of smoking-related lung cancers, and there is good evidence now that the best treatment and prevention strategies for never-smokers may be different as well," says Charles M. Rudin, M.D., Ph.D., associate director for clinical research at the Johns Hopkins Kimmel Cancer Center.  Lung cancer in never-smokers is the sixth-leading cause of cancer-related deaths in the U.S.

Exposure to second-hand smoke and radon gas are thought to play important roles in causing the disease in never-smokers. Radon, which leaks into homes from naturally occurring uranium in soil, is known to be the leading cause of these cancers in U.S. populations, but about half of never-smokers with lung cancer cannot be explained by
known risk factors identified in the guide, which also include asbestos, indoor wood-burning stoves, and aerosolized oils caused by cooking.

The guide, published as three papers in the Sept. 15 issue of Clinical Cancer Research, resulted from a two-day meeting of 13 lung cancer experts who convened at Johns Hopkins in 2007. The committee reviewed available evidence from several hundred studies published by experts in public health, epidemiology, molecular biology, pathology and oncology to identify distinctive characteristics of never-smokers
with lung cancer.

Among the guide's recommendations is one calling on organizers of lung cancer clinical trials to classify subjects by their smoking status and evaluate outcomes accordingly.  Committee members suggest that never-smokers should be consistently defined as people who have smoked less than 100 cigarettes in their lifetime.

"Patients who never smoked respond better to a certain class of drugs called EGFR inhibitors, because lung cancer in these patients more often contain mutations in the EGFR gene," says Rudin. EGFR normally promotes cell growth and development, and when mutated, allows the uncontrolled growth of cells that is the hallmark of cancer. "There are other examples of success in specifically targeting genetic changes in never-smokers with lung cancer, such as treatments of tumors with alterations in the EML4-ALK gene, and a genomewide association study exclusively on this population could tell us more."

Committee participant William Pao, M.D., associate professor at the Vanderbilt-Ingram Cancer Center in Nashville, TN, has established a repository of tissue specimen samples from non-smokers with lung cancer as a first step in such a study.

According to the experts, lung cancer in never-smokers usually presents at an advanced stage with non-specific symptoms like cough and chest pain. Rudin says it is often incorrectly treated as a respiratory illness with antibiotics and asthma medications. Doctors rarely suspect lung cancer since these patients have no smoking history, he adds.

"Besides second-hand smoke and radon exposure, we still have a gap of knowledge in explaining the causes of lung cancer in never-smokers," says Jonathan Samet, M.D., professor and Flora L. Thornton Chair of the Department of Preventive Medicine at the University of Southern California and formerly of the Johns Hopkins Bloomberg School of Public Health.

Lung cancer in non-smokers accounts for 10 to 15 percent of lung cancer cases in the United States, according to the guide, which amounts to approximately 20,000 Americans annually.  Survival rates are poor for most people with any kind of lung cancer.

Rudin says that lung cancer in never-smokers tends to occur more often in women and in certain populations in East Asia. This may be due to women's increased exposure to indoor pollutants caused by cooking oils and wood-burning stoves.

The experts also recommend a closer look at genetic trends in populations with early-age onset of the disease.

The two-day workshop and development of the guide were funded by the Flight Attendant Medical Research Institute (FAMRI). As part of a settlement with the American tobacco industry, flight attendants, who historically have been exposed to second-hand smoke in airplane cabins, won $300 million to create FAMRI, which funds research on the early detection and treatment of diseases associated with tobacco-smoke exposure.

In addition to Rudin, Samet and Pao, participants included Erika Avila-Tang and James G. Herman from Johns Hopkins; Curtis C. Harris and Susan Olivo-Marston from the National Cancer Institute; Fred R. Hirsch from the University of Colorado; Ann G. Schwartz from Wayne State University, Kirsi H. Vahakangas from the University of Kuopio; Paolo Boffetta from the International Agency for Research on Cancer; and Lindsay M. Hannan and Michael J. Thun from the American Cancer Society.