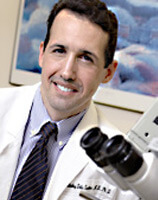 Hearing and balance experts at Johns Hopkins report successful testing in animals of an electrical device that partly restores a damaged or impaired sense of balance.

Though human testing of the so-called multichannel vestibular prosthesis remains a few years away, the scientists say such a device, which is partially implanted in the inner ear, could aid the 30,000 Americans the experts’ own estimates show are coping with profound loss of inner ear balance. These people often suffer from unsteadiness, disequilibrium or wobbly vision. Problems with vestibular sensation can be inherited at birth or result from use of antibiotics, chemotherapy drugs, Ménière’s disease, viral infection, stroke or head trauma.

The Hopkins study, done in chinchillas because their inner ear function is well studied, "is proof of concept that we can restore three-dimensional sensation of head movement with a multichannel vestibular prosthesis," says Charles C. Della Santina, M.D., Ph.D., director of the Vestibular Neuroengineering Laboratory at Hopkins.

"While everyone knows about the five senses of sight, smell, taste, touch and hearing, few people think about a possible sixth sense - the sensation of head orientation and movement - until the system fails," says Della Santina, who has been working on this prosthesis since 2002.

In their report in the June 2007 edition of the journal I.E.E.E. Transactions on Biomedical Engineering, the Hopkins team showed that a matchbox-size prototype device, weighing less than 3 ounces, effectively mimics the workings of the inner ear’s three semicircular canals by sensing head rotation and transmitting that information to the brain.

Adapting the design of cochlear implants, which restore hearing through electrical stimulation of the cochlear nerve, researchers constructed a circuit that could measure and transmit 3-D balance information to the brain through multiple electrodes connected to the vestibular nerve.

The device, which researchers started testing more than a year ago, consists of a head-mounted, battery-operated box containing the sensors, which are positioned outside the head so that the sensors are parallel to the animal’s actual semicircular canals, where head rotation is normally sensed. The sensors are connected to a microprocessor and up to eight electrodes surgically implanted in the inner ear and separately connected to nerve endings. Each electrode can act as one information channel.

Della Santina says people disabled by loss of vestibular sensation often feel chronically off balance and lose the ability to keep the eyes steadily pointed at an object when they move their head, "seeing the world like the wobbly image on a shaky handheld video camera."

According to Della Santina, an assistant professor of otolaryngology - head and neck surgery and biomedical engineering at The Johns Hopkins University School of Medicine, this is the first implantable device made with multiple sensors and channels of processing that can measure and encode head rotation in all directions.

Each of the three sensors, he notes, can measure the speed of head rotation about one of three axes, or directional planes.

Della Santina says that previous implants developed elsewhere were limited to one functioning sensor and electrode and one plane or axis of rotation, "when in reality, we move in multiple directions."

Every measurement in the balance device is processed in the implanted central microprocessor unit, using computer software developed by Della Santina and his team.

Once processed, the information is used to tailor timing of brief, electronic pulses through the electrodes implanted near the three branches of the vestibular nerve that respond to changes in head rotation. These branches normally carry signals from the inner ear’s three semicircular canals.

In the chinchilla tests, pulses lasting less than a millisecond were delivered with timing patterns that mimicked normal nerve activity.

Della Santina and his colleagues first caused imbalance in chinchillas by treating them with a high dose of gentamicin, an antibiotic known to wipe out the tiny hairlike projections on cells in the inner ear canals that are normally key to sensory balance function. Treated animals displayed unsteady walking and wobbly eye movements commonly seen in people with impaired balance. Precise measurements of eye movements, using a technique of video-tracking adapted by researchers, were made during a fixed set of head movements. Results confirmed profound loss of normal eye-stabilizing reflexes.

The animals were then fitted with the vestibular prosthesis, with sensors oriented parallel to the semicircular canals they replaced. Post-activation eye testing showed, in three chinchillas mentioned in the report, that animals partially regained their vision-stabilizing reflex.

Researchers say many hurdles remain before a human device will be available. Efforts are underway to reduce electrical interference to other nerve branches and to refine the timing patterns of electrical stimulation to make them more like normal. In addition, they plan to work on making the device smaller and hermetically sealed so that it can fit completely inside the head beneath the skin.

The resulting vestibular implant, they say, could ultimately serve as a safety net for people who need high-dose gentamicin therapy, for example, to combat severe abdominal infections after bowel surgery.

"People with profoundly impaired balance need better treatment options," says Della Santina. "Many cope through rehabilitation exercises or by restricting their activities, but the chronic disequilibrium and blurry vision can be disabling."

Patents are pending on several aspects of the prosthesis.

Other researchers involved in this study were Americo Migliaccio, Ph.D., and Amit Patel.