Two researchers met for dinner before a conference and discovered they had a common frustration. To identify patients with dysphagia, clinicians across the country use different techniques with different accuracies. Depending on the test used, the clinician may or may not identify a swallowing disorder in a patient.

Debra Suiter, a speech-language pathologist and researcher at the University of Kentucky, agrees.

As a result of their conversation, the two researchers teamed up to review the accuracy of one of the most widely used techniques—the water swallow test.

They collaborated with others from Johns Hopkins and the American Speech-Language-Hearing Association to conduct a meta-analysis and systematic review of the literature evaluating water swallow tests using any volume of liquid. To identify dysphagia-associated aspiration, the criteria for aspiration included the observance of a behavioral airway response, specifically coughing, choking, throat clearing or a change in voice.

The studies they examined had to have validated their swallow test findings with follow-up instrumental evaluations. Using their criteria, the researchers came up with 22 studies, including Suiter’s research from 2008 with the late speech-language pathology researcher Steven Leder, which recorded the results of a 3-ounce test for several thousand patients.

Based on their review, the team found the water swallow test offers sufficient utility in screening for aspiration. Specifically, the research team found that when patients take consecutive sips from larger volumes and do not have any symptoms, the test accurately rules out aspiration. With sips of approximately 1 tablespoon or less, the presence of coughing, gurgling or throat clearing accurately rules in aspiration. The false-negative rate increases with small volumes alone.

“One single type of water swallow test may not offer the level of discrimination that clinicians require, but consecutive sips of large amounts prove to be the most sensitive to identifying aspiration,” says Brodsky.

An advantage of the swallow test is it can take place quickly in any setting with providers who are trained to notice the symptoms. If the patient shows no signs of aspiration, a diet can be started. If the patient does have symptoms, a speech-language pathologist can evaluate the patient.

“This way, the patient is identified early, and you keep an aspiration pneumonia diagnosis at bay,” says Brodsky.

At The Johns Hopkins Hospital, Brodsky is currently working to get the water swallow test built into the medical record for nurses to complete before physicians order a referral for speech-language pathology. 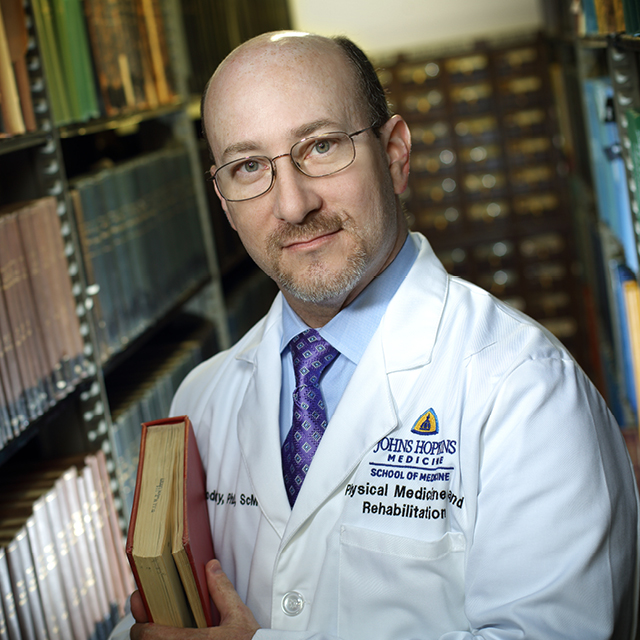 Martin Brodsky
back to top button