James Fackler has been a pediatric intensivist long enough to remember when meningococcal sepsis killed children with alarming frequency and speed.

“Kids went from fine to dead in 12 to 18 hours,” says Fackler, an associate professor of anesthesiology and critical care medicine who first came to Johns Hopkins for his pediatric residency in 1980.

Thanks to the introduction of meningococcal vaccines, that scenario is now far less common. But sepsis, a life-threatening condition that results when the immune system mounts an out-of-control response to infection, remains a leading cause of disability and death among adults and children alike.

It’s a particular scourge within the hospital setting, where bacterial infections resulting from surgery and catheterization are common, and patients are already ill. (Those at greatest risk of sepsis include the very old, the very young, and those with underlying conditions or compromised immune systems.) Researchers estimate that sepsis accounts for 30 to 50 percent of hospital deaths each year, costing the United States nearly $24 billion in health care costs.

Early diagnosis and treatment of sepsis with antibiotics, fluids, and if necessary vasopressors to boost blood pressure are essential: If not stopped, sepsis can progress to septic shock, which is characterized by high levels of lactic acid and a drastic drop in blood pressure that can lead to organ failure and death. And researchers have shown that while septic shock patients treated within the first hour of diagnosis have a survival rate of 80 percent, mortality increases by nearly 8 percent every hour treatment is delayed. (Patients in shock are typically treated in the intensive care unit, and may need to be placed on ventilators.)

Unfortunately, sepsis is notoriously difficult to diagnose, in part because many of its signs and symptoms (e.g., elevated heart rate, low blood pressure, fever, shortness of breath) are common to other conditions as well.

Now, however, the same technology that has brought us facial recognition and driverless cars is poised to bring about a revolution in early sepsis detection and management.

Together with Raimond Winslow, director of the Institute for Computational Medicine at Johns Hopkins, and others in the school of medicine and Johns Hopkins Whiting School of Engineering, Fackler is using a form of artificial intelligence known as machine learning to predict which patients are most likely to slip into septic shock.

“If we can mark the patients who are going to get worse and alert physicians, then they can use their knowledge and intuition to intervene,” Winslow says.

Recent studies show that the team’s approach can predict which patients in the ICU will enter septic shock an average of seven hours in advance. And ongoing research suggests the approach could also help doctors manage other serious conditions such as acute respiratory syndrome (ARS) and multiple organ dysfunction syndrome (MODS).

“Sepsis has gotten people’s attention because it kills literally hundreds of thousands of adults and kids,” Fackler says. But with the help of machine learning, he says, “we could save many more.” 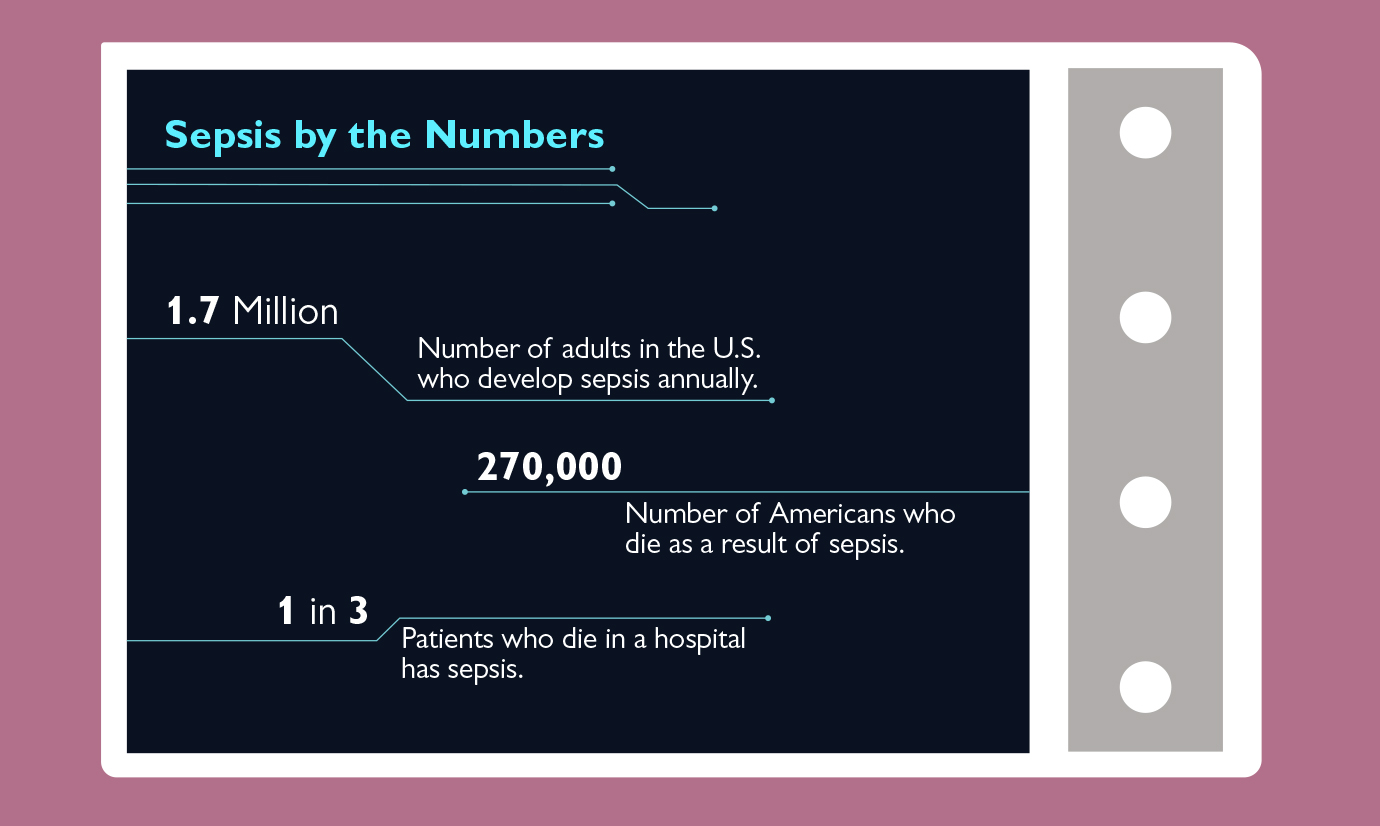 Machine learning algorithms can learn to perform tasks they have not been explicitly programmed to carry out, such as identifying tumors in MRI images. They make inferences from sample or training data, learn to recognize patterns in that data, and build statistical models, which can then make predictions about data they have never seen before.

Johns Hopkins computer scientist Suchi Saria was among the first to investigate the possibility of using machine learning to detect severe sepsis and septic shock. When she lost her own nephew to sepsis, Saria decided to put her research into practice; and she founded a startup called Bayesian Health to do so.

In 2015, Saria demonstrated that when fed data from electronic health records (EHRs), a machine learning algorithm could predict which ICU patients would develop septic shock. That algorithm now powers a system called TREWS, for targeted real-time early warning system, which combs through thousands of EHRs to identify the signs and symptoms of sepsis. Once trained, TREWS can predict 85 percent of cases — far better than other currently available systems.

“We catch many more sepsis cases, we catch them earlier, and we catch them with much higher precision,” says Saria, who holds a joint appointment in biomedical informatics and data science in the school of medicine.

Yet TREWS was optimized for use with the adult patients who constitute the majority of sepsis cases and is therefore not yet used with pediatric ones. “Every new subpopulation requires effort to tune,” Saria says.

She notes that TREWS generates far fewer false alarms than other automated sepsis-detection systems because of its precision strategies: Two out of three alerts accurately identify a patient who is developing sepsis or is at risk of doing so.

False alarms in the ICU have been a problem for decades. In 1997, Fackler showed that more than 90 percent of the alarms generated by ICU monitors were either false or clinically irrelevant. All of those spurious warnings result in so-called alarm fatigue, whereby doctors and nurses, bombarded with useless alerts, begin to ignore even potentially useful ones.

Winslow hopes to combat alarm fatigue by having his software, dubbed Shock Alert, estimate the reliability of each prediction it makes. Rather than simply notifying a doctor that a patient is at risk of septic shock, for example, Shock Alert can tell physicians just how likely that prediction is to be true.

Shock Alert analyzes data from EHRs as well as vital sign readings that are updated every minute. While the system has not yet been validated on patients in a hospital setting, it has achieved high sensitivity and reliability when applied retrospectively to datasets representing thousands of ICU and PICU patients — and it even performs slightly better with children than adults.

Shock Alert reveals patterns in the data that are invisible to the human eye. The system uses a set of features such as blood pressure and lactate level to calculate a risk score: a number between 0 and 1 that represents the probability that a patient will go into septic shock. It then decides whether that patient’s risk score exceeds a certain threshold, and generates an alert if it does.

Risk scores are recalculated with every new measurement to provide continuous, up-to-date monitoring, which is important when dealing with a condition that can rapidly take a turn for the worse. It also allows the researchers to analyze patient data and risk scores over time. When they did so, Winslow and biomedical engineering doctoral student Ran Liu made a surprising discovery: In the hours before patients crossed the threshold, there was no meaningful difference among their respective risk scores and physiological states.

Upon crossing the threshold, however, patients stratified into four distinct groups with strikingly different risk scores and outcome trajectories. Patients in the high-risk group, for example, suddenly experienced a precipitous jump in their risk scores for septic shock. Approximately half of them died.

In addition, there was a correlation between the risk group that patients fell into and the treatments they received before crossing the threshold: People in the high-risk group were most likely not to have received vasopressors or adequate fluids, while those in the low-risk group were most likely to have received both. And the threshold crossing itself occurred during a very narrow window of time: less than 30 minutes in some cases.

“Something happens almost instantaneously: You go from, ‘I don’t see any difference in these patients at all’ to ‘boom, boom, boom!’” Winslow says.

The correlation between risk group and prior treatment, says Liu, suggests that the interventions patients receive early on could have an impact not only on mortality, but on whether they will progress to septic shock in the first place. And the speed at which the threshold crossing occurs, says Winslow, suggests that patients should be “intelligently monitored” by an algorithm like Shock Alert that can recognize as soon as possible when they have entered the danger zone.

Winslow suspects the abrupt threshold crossing identified by the system represents a physiological event that marks the true onset of septic shock. If that is correct, he muses, it would amount to a new, “algorithmic definition” of the condition. More research is needed to determine the exact nature of the event, but Winslow hopes that doing so will reveal biological signals that could be used to identify at-risk patients even earlier.

And therein lies the greatest promise of machine learning: the ability of algorithms to recognize patterns that human beings cannot perceive — to “show me something that I can’t see, rather than confirming something that I already know,” as Fackler puts it.

Winslow is already applying the team’s machine learning methods to other health conditions. Doctoral student Sanjukti Nandi Bose, for example, has found evidence of a similar rapid threshold crossing in children suffering from ARS and MODS. And Winslow’s team is not alone: Saria, for instance, has extended TREWS to predict which COVID-19 patients are most likely to require ventilation.

Within a year, Winslow hopes to implement Shock Alert in a hospital where it can be validated on data from current patients. And he envisions a future where physicians will run a number of such intelligent apps on their smartphones. False alarms may not disappear completely, but there will be far fewer of them; and doctors will have access to a whole new category of information on which to base their diagnoses and interventions.

A new project recently undertaken by Liu, for instance, could eventually provide AI-driven treatment recommendations for sepsis, offering physicians a menu of options that are likely to improve outcomes.

“Physicians will always be the tip of the spear, making treatment decisions for their patients,” Winslow says. “But increasingly, those decisions are going to be informed by algorithms and models.”

“If we can mark the patients who are going to get worse and alert physicians, then they can use their knowledge and intuition to intervene.” 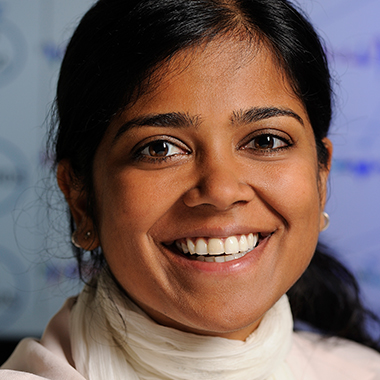 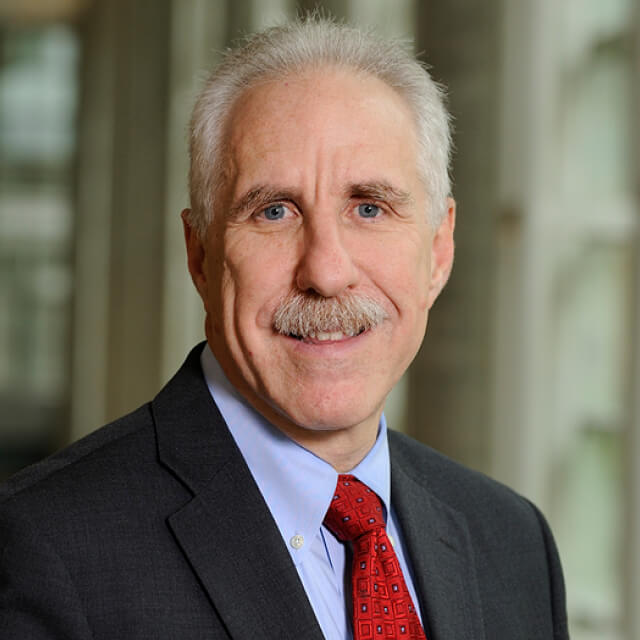 Strengthening a Culture of Safety

Ensuring patient safety is a goal for which all staff members are responsible. 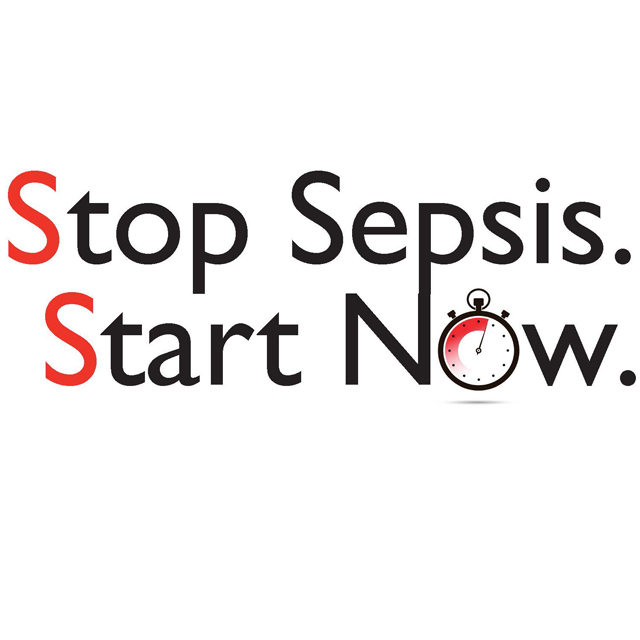 What you need to know about sepsis
back to top button