In the fall of 2013, Johns Hopkins primary care physician Katie Shaw remembers caring for a patient at the East Baltimore Medical Clinic who was struggling with addiction to alcohol. Over the course of six years, the patient, “Mr. X,” went through a number of programs to help him safely stop drinking. “Removing alcohol from his life was challenging, and Mr. X, his family and I were all struggling to know how best to manage this difficult disease [substance use disorder],” says Shaw.

Then, in 2019, the 56-year-old patient finally found a program that worked for him. He has avoided alcohol ever since and currently works at a recovery program, helping others struggling with addiction, says Shaw. “We’ve developed this great bond, while working together to improve his health. He’s done amazingly well — his relationships and life are better, and now, I’m fortunate to be the primary care doctor for his wife and granddaughter.”

During that initial encounter with Mr. X, Shaw was among the first trainees in the combined Internal Medicine-Pediatrics Urban Health Residency Program (UHMP). Now, she’s a primary care physician at that same clinic and serves as the residency’s associate program director, along with Monica Mix (UHMP, 2014) and Angela Orozco (UHMP, 2018).

Shaw says she often reflects on that patient interaction. “The challenges remain — we can’t always make problems go away — but building relationships over time, like the relationships I have built with Mr. X and his family, sustains me and brings me joy,” she says. “And, the Urban Health Residency is such a wonderful opportunity to train physicians to meet patients where they are and partner with them to improve their health.”

“Mr. X taught me to view and treat substance use disorders like any other chronic illness. He also taught me the power and the privilege of relationships in primary care.”

A decade after the UHMP program debuted, the residency continues to train physicians how best to care for disadvantaged patients of all ages. Many of these patients experience hardships such as poverty, housing and food insecurity, incarceration, diabetes and mental health problems — currently intensified by the threat of contracting COVID-19, which is more prevalent in low-income populations.

“It’s been incredibly painful to watch the lack of access many of our patients have had to clinic,” says UHMP Director Lenny Feldman. “As clinics closed in the spring, and many of our patients were too afraid to come to clinic, our residents were redeployed to work in the hospitals. We had to adjust. There’s more telemedicine than ever.” Since July, however, clinic visits have resumed. “Now, in the midst of a new surge, everyone’s getting used to our new normal, even in clinic. The UHMP residents continue to provide indispensable care to the residents of our East Baltimore community, spanning generations.”

The program is divided into two tracks: internal medicine (UHIM), a three-year track designed for 12 residents; and combined internal medicine-pediatrics (UHMP), a four-year residency for 16 residents. The UHMP residents typically switch between those departments every two to three months.

Other rotations, including addiction medicine and psychiatry, are held on-site at The Johns Hopkins Hospital and Johns Hopkins Bayview Medical Center. The program has community partners in such places as the House of Ruth, a domestic violence center, and the Highlandtown Refugee Clinic. “Early on, our residents learn about vital resources that improve the health of our community,” says Feldman.

A Host of Career Options

Some graduates from the UHMP program have pursued further training in addiction, adolescent medicine and general internal medicine, while others have taken on urban health leadership roles in academic medical centers and community clinics across the country, including Park West Health System and Health Care for the Homeless in Baltimore.

Regardless of trainees’ exact career paths, says Feldman, the mission remains the same: “We have a particular niche and focus — our goal is to create leaders in primary care who care for patients in underserved areas. The process starts by training these doctors to be top-notch clinicians who are versed in the social and structural determinants of health.”

Justin Berk (UHMP, 2019), a med-peds primary care physician and preceptor for residents at Brown University’s Med-Peds Primary Care Center, is one of those leaders. He’s chosen to focus on addiction medicine and medical education. In a recent essay, Berk notes there were times when he felt the limits of “aequanimitas,” Johns Hopkins founding physician William Osler’s belief that doctors must remain calm and impartial in the face of chaos:

“Aequanimitas failed when a patient was readmitted to the hospital because he was homeless and didn’t have wound care, or when a patient developed diabetic ketoacidosis because she couldn’t afford her insulin.”

Berk went on to describe the challenges of discharging patients, knowing they were bound for readmission, as a result of crowded living conditions, lack of access to healthy food or poor education.

“As a resident in the Med-Peds Urban Health program, however,” he says, “I was given membership in a group that led marches against gun violence … advocated for undocumented families, distributed naloxone to inpatients, improved HIV care in underserved Latinx communities and created curricula on trauma.” Berk also credits the program for allowing residents to prescribe buprenorphine and hepatitis C medications and to provide home care.

For Jordan Nahas-Vigon (UHIM, 2019), the program has nurtured an interest in the criminal justice system and addiction medicine. “The residency offered me the opportunity to improve the care of incarcerated people and connect them with support services, such as a violence prevention program and mobile addiction medicine treatments,” she says.

Nahas-Vigon, an internal medicine provider at Johns Hopkins Community Physicians in Remington, is also a preceptor for the UHIM residents, imparting knowledge she’s gained caring for patients with substance use disorders.

She continues to treat one of her patients with opioid use disorder inside a mobile facility operated by the nonprofit Behavioral Health Leadership Institute. Equipped for drug testing and stocked with medications such as buprenorphine/naloxone for addiction, the van is parked outside the Baltimore City Detention Center on Eager Street.

Grateful to be in recovery, this patient recently told Nahas-Vigon that he now has a job and, for the first time, could buy his young children Christmas presents. “It warms my heart when I think of that,” she says.

“We’re very proud of the program and the leaders we’ve developed,” says Sanjay Desai, Osler Medical Training Program director. “In light of the pandemic, the need for this program is greater than ever.” And, adds Feldman, wherever UHMP graduates practice, “they are shaping the future of primary care in urban, underserved settings — and they’re doing it with deep empathy and humility.”

Learn more about the Urban Health Med-Peds Residency, and watch a video that includes UHMP residents describing their experiences.

Growing up as a person of color in a small Pennsylvania town, J. Deanna Wilson (UHMP, 2014) recalls thinking about a career in community organizing “as a means to advocate for social justice.” At the same time, she was drawn to the science of medicine. During medical school, Wilson spent a year treating malnourished infants in Honduras. Then, in 2010, she entered the first class of Johns Hopkins’ UHMP residency.

“It was exactly the kind of program I envisioned for myself,” she says. Now, Wilson — the first doctor in her family — practices and teaches internal medicine, pediatric, adolescent and addiction medicine at the University of Pittsburgh School of Medicine. Her research focuses on improving health equity for those with substance use disorders.

Wilson praises the UHMP program for introducing opportunities at Johns Hopkins to support vulnerable people in low-income, underserved areas, where chronic conditions such as heart disease, diabetes, asthma and mental illness remain disproportionately high. Life expectancy among this population, she notes, is 15 years less than in affluent neighborhoods, such as Roland Park (68, versus 83).

Getting to know disadvantaged communities well and fostering trust within them “can make a difference in their health care,” she says, adding that her strong relationships with Johns Hopkins colleagues endure to this day. “We are all committed to social issues that go beyond standard medical education.”

“It was exactly the kind of program I envisioned for myself,” says J. Deanna Wilson (UHMP, 2014).
Related Reading

Osler Medical Residency leadership is pleased to share the match list for the Osler residents who applied to fellowship programs. We are proud of their accomplishments and are thrilled that many have opted to stay at Johns Hopkins for subspecialty training. 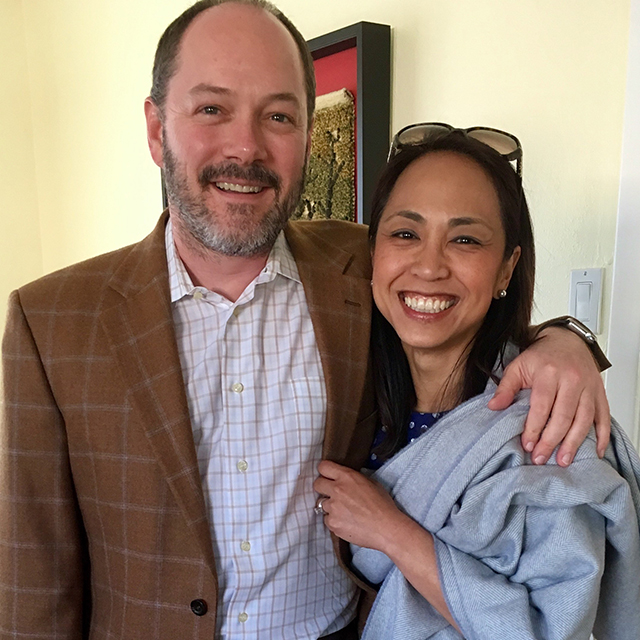 Married Osler alums Michelle Estrella and John Clarke reflect on how their training informs their careers.
back to top button